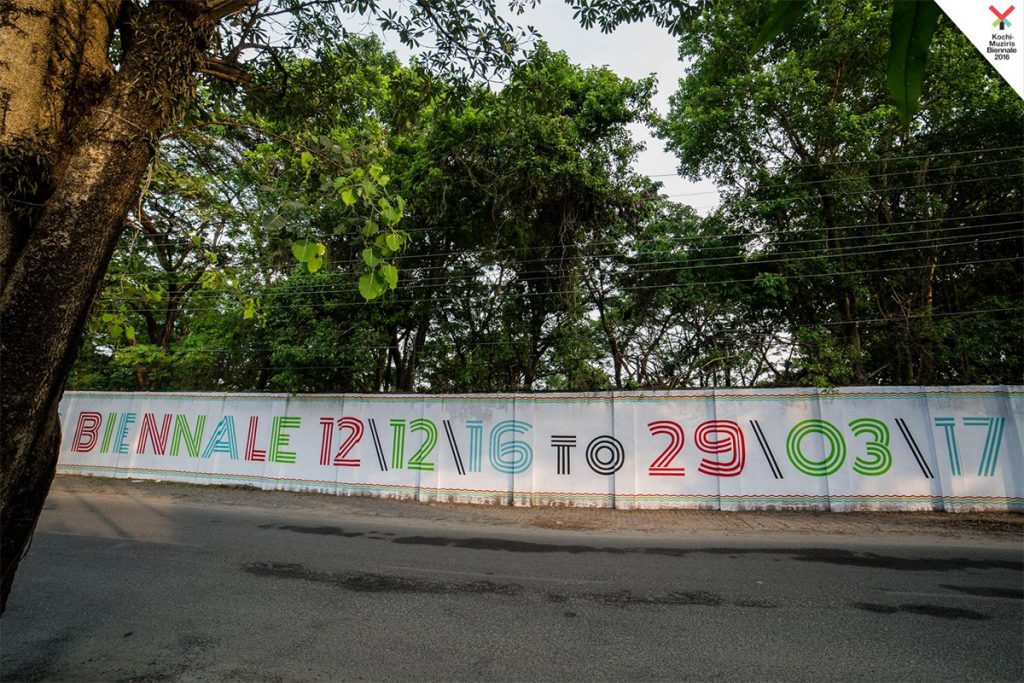 Ancient archaeology and modern art – it is amazing to see a lost ancient town playing host to contemporary art and the revival of art & culture activities. ‘Kochi Muziris Biennale’ – the very name evokes colourful emotions among art-lovers; especially in those who love the idea of open boundaries and the role of artistic discourses in society. 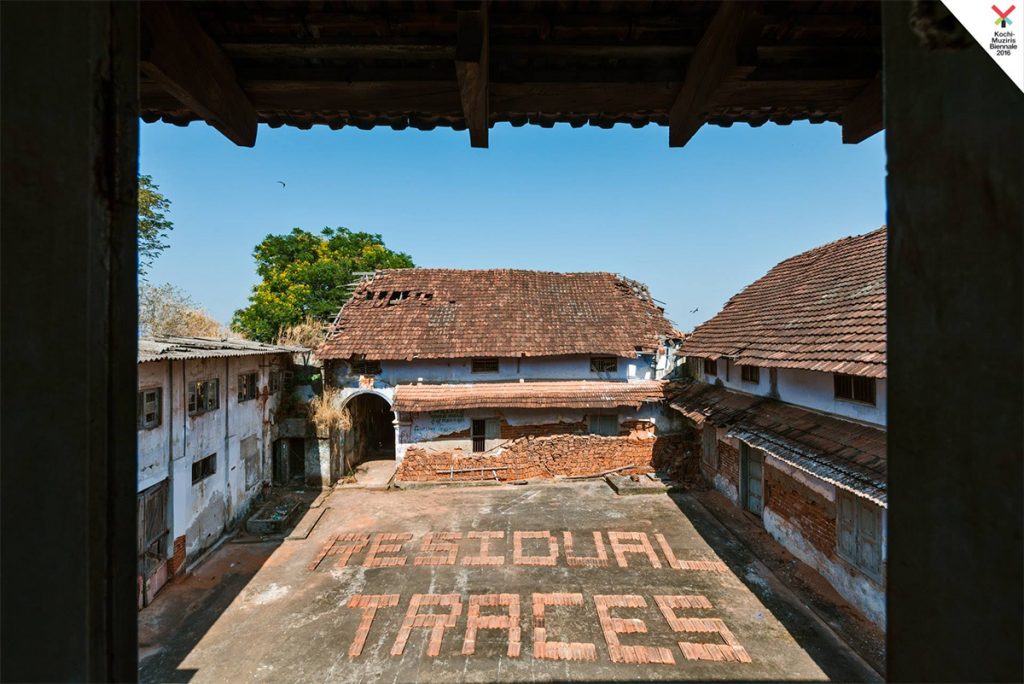 Kochi-Muziris Biennale 2016 – a contemporary art exhibition and a carnival of sorts is all set to begin this month in Kochi, Kerala with the theme ‘forming in the pupil of an eye’. The largest of its kind in South Asia, the biennale event will begin on 12 December 2016, and carry on till 29 March 2017. Biennale is a term in the art world to describe any large-scale international contemporary art exhibition that happens every two years. The earlier biennales, held in 2012 and 2014, were popular enough to draw a million visitors from around the world. 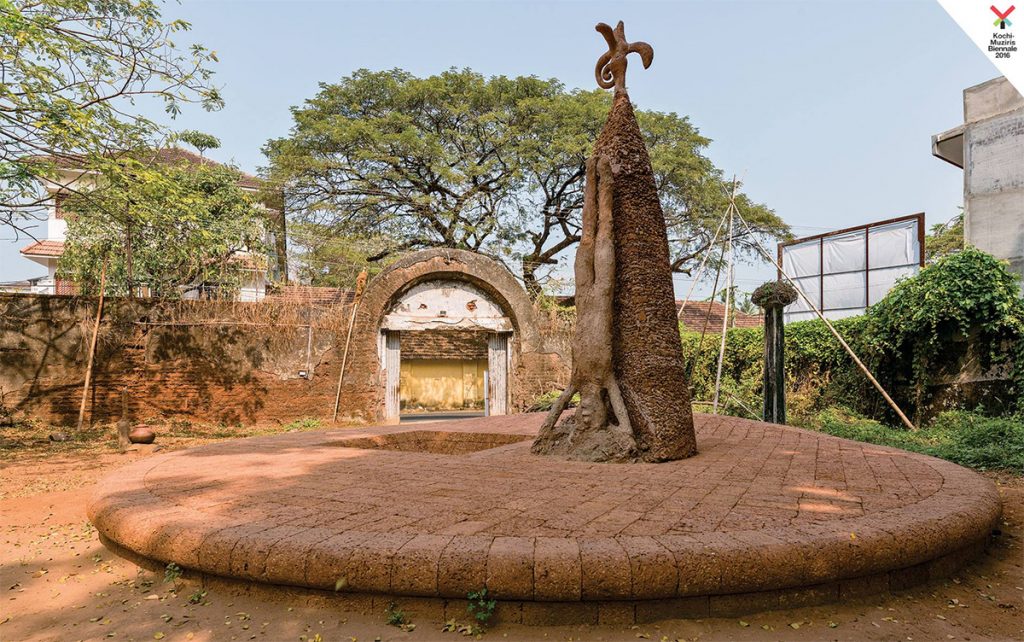 Kochi is famous for its Portuguese, Dutch and English settlements, housing some of the oldest churches and other monuments of historical interest in India. These locations add to the historical flavour of biennale exhibits along with the other cosmopolitan points of interest. 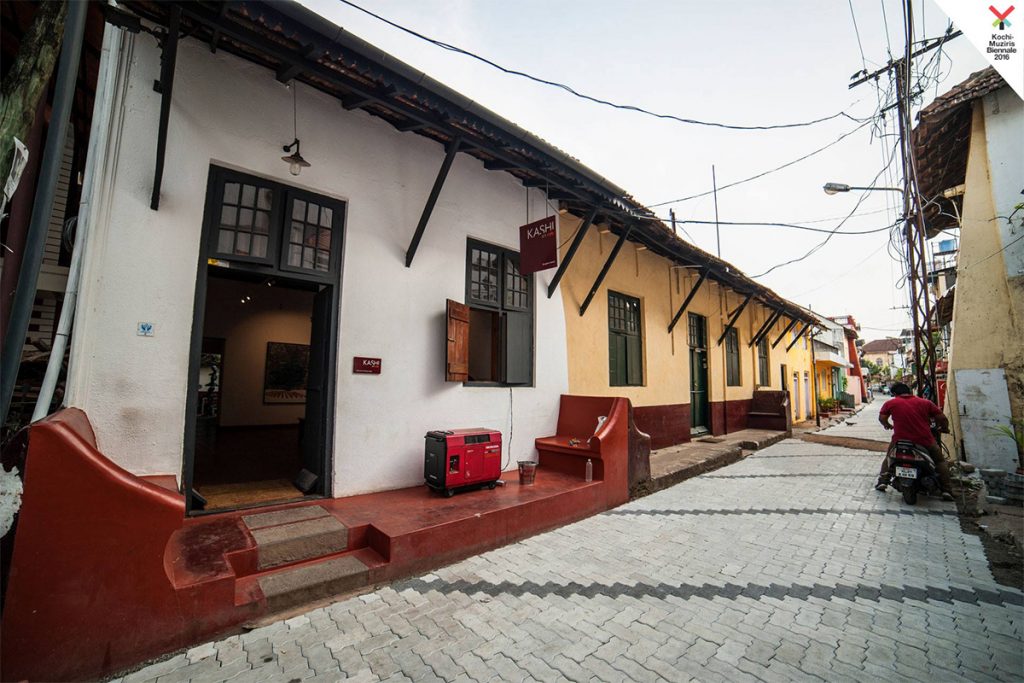 The art exhibition, set in carefully chosen spaces across Kochi and its surrounding islands, draws inspiration from the land’s storied past, especially from Muziris, an ancient port city said to have been the hub of the spice trade in the early centuries. Destroyed in a flood in 1341 AD, this city is also believed to have been the entry point for various religions such as Christianity, Judaism and Islam, from the Middle East to India. 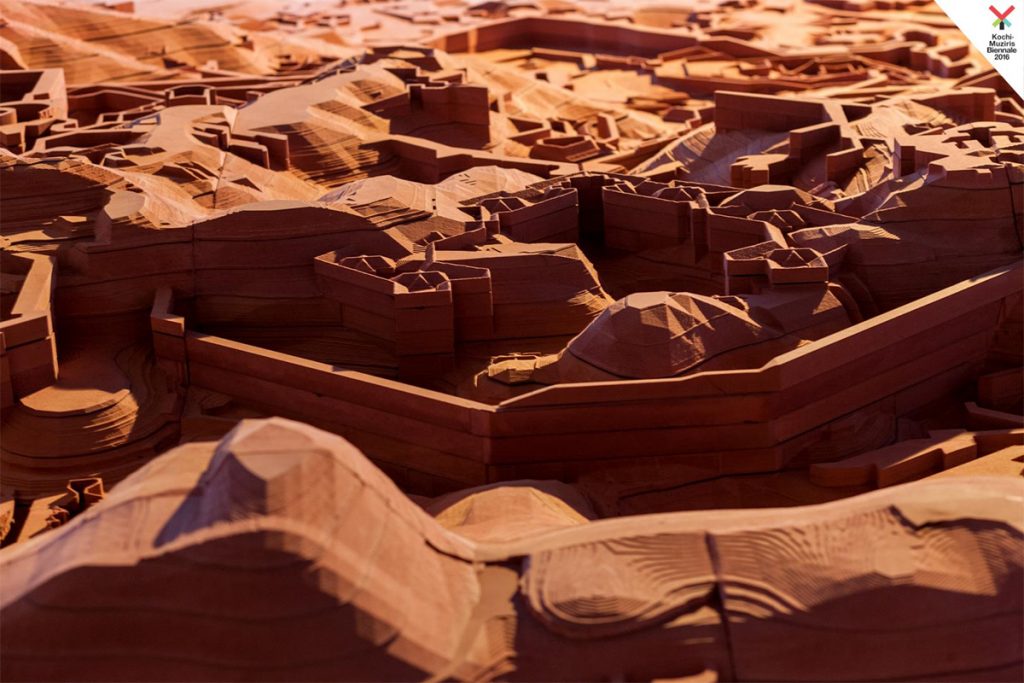 Kochi and its mythical predecessor, Muziris, is an ideal place for KMB as it brings together the past, the present and future, drawing from the idea of civilisations existing together and bettering each other through exchange of resources and ideas. And this time around, Curator Sudarshan Shetty has a larger than life vision for KMB. For the theme, he has drawn from mythical accounts of India as the ‘land of the seven rivers’, looking into converging and diverging lines; artists will likewise delve into ideas of tradition and community and what the terms mean in a contemporary context. 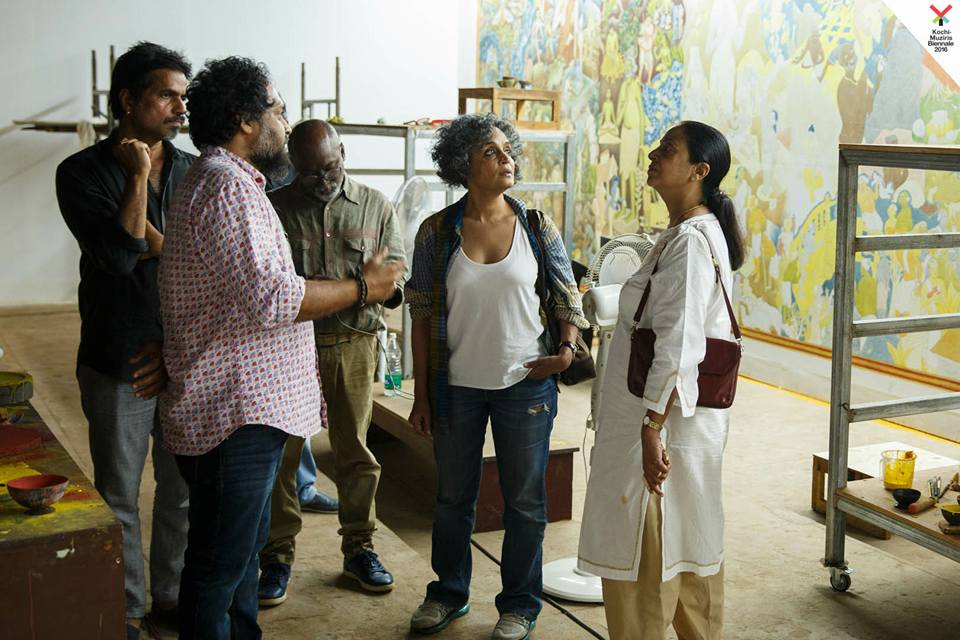 The Kochi-Muziris Biennale not only blurs geographical boundaries but also imaginary boundaries within people. In keeping with this spirit, the event this time is envisioned to blur boundaries within various artistic disciplines and showcase visual artists, poets, musicians and performance professionals from various backgrounds. 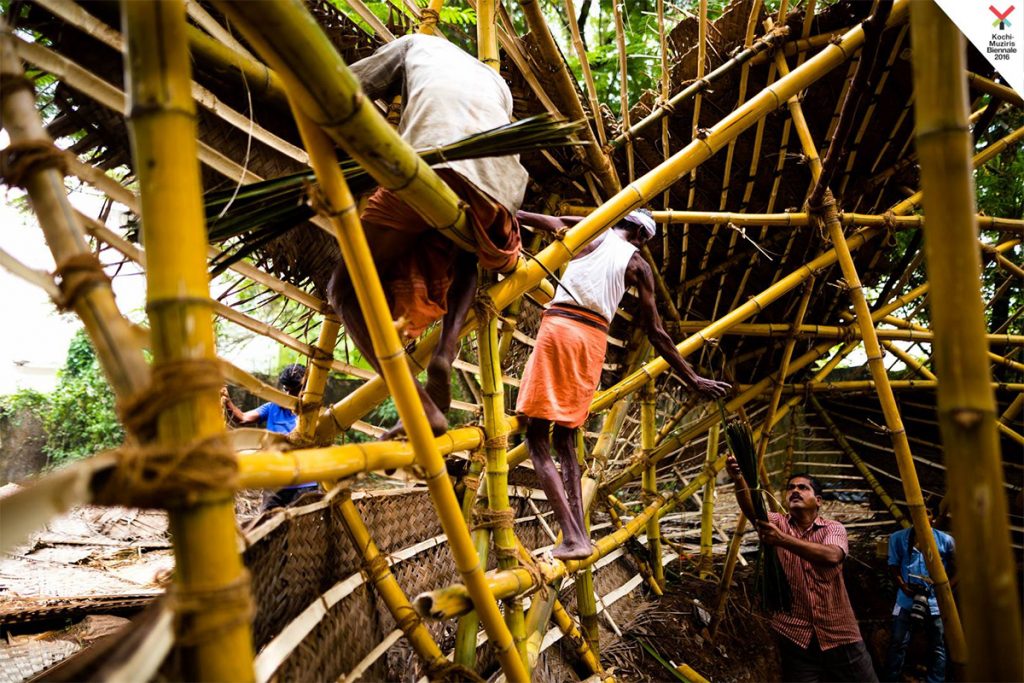 Paintings, sculptures, art installations, performing arts and film shows will be on display across nine venues including David Hall Art Gallery, Aspinwall House, Cabral Yard, Durbar Hall, Kashi Art Café and Pepper House. This diverse activity will bring alive an otherwise muted art hub, as it pulls in artists from 24 countries around the globe under one umbrella. 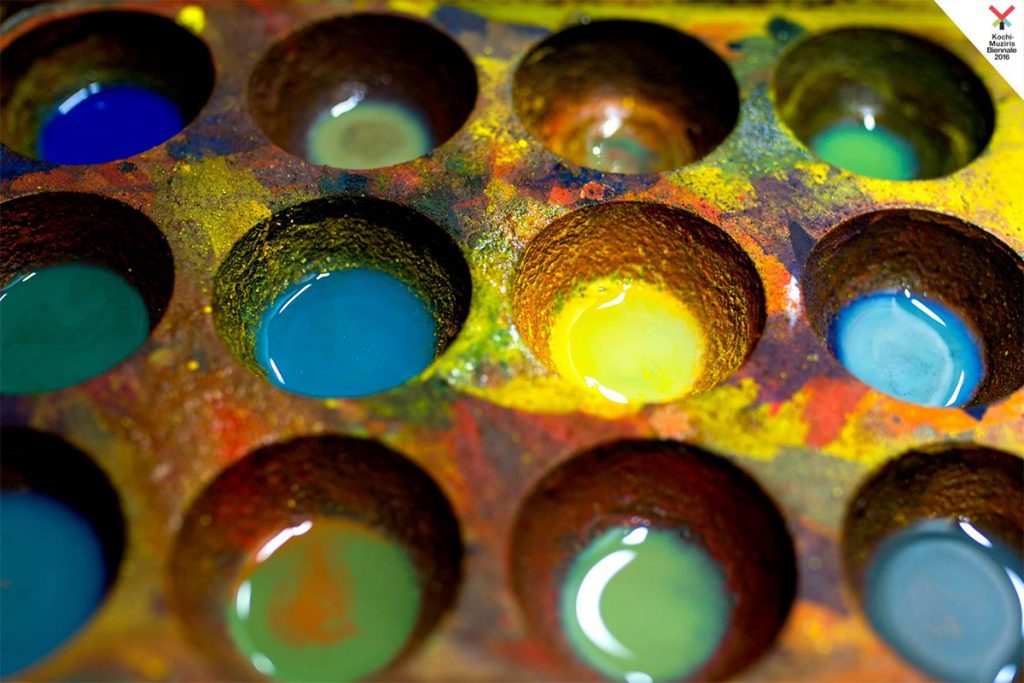 Students, researchers, art-lovers, collectors, art connoisseurs, thinkers are all expected to be there to engage and participate in this cultural extravaganza.  In the words of Atul Dodya, India’s leading contemporary artist, the Kochi-Muziris Biennale is one of the greatest things to happen to contemporary art in India. 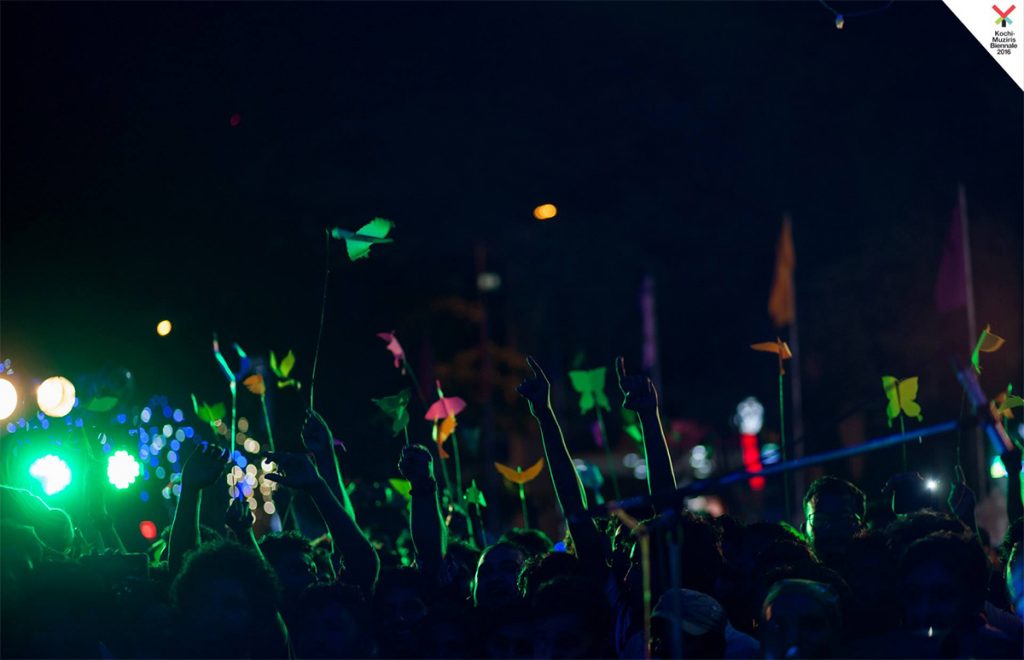 For those who are looking for something special, this time there is a pop-up studio for home products. The Nicobar Edit will make a stop at the Biennale for two months and offer a taste of wanderlust and relaxation, in a sensual physical space created from white tents and tropical fronds.