The Era of Aesthetics: Origin of Artistic Functionality

Design and décor have seen an evolution of sorts in the past one century. So what really makes an era? To understand that, we must first, fully understand what décor stands for.

To begin with, décor is a matter of imbibing certain design elements within a confined space to make a statement. Having said that, décor is not limited to the technical aspects of design alone. It has to do with sensibilities and an eye for aesthetics. 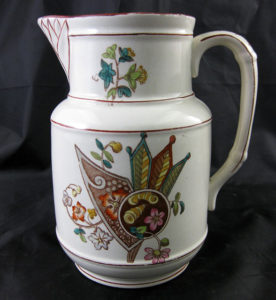 When we speak of aesthetics in design and spaces, we are instantly drawn to the bygone period when this movement in design first began. It was towards the later part of the 19th Century that a need for transition was first felt. It began with an international design movement known as the ‘Arts & Crafts movement’, which era lasted between approximately 1870 and 1920. The evolution of spaces from drab and routine, to spaces full of design came about during this era. It was in this period that the word ‘décor’ first came to the fore.

The term ‘Aesthetics’ refers to the introduction of principles that emphasized art in the production of furniture, metalwork, ceramics, stained glass, textiles, wallpapers, and books. If one does glances through the images of homes in this era, one will find dark yet bold hues represented through a play of pattern and form. Even walls and furniture were not spared. The influx of colour and brooding pattern were the hallmarks of this era of décor. Renowned American artist James Whistler’s Peacock Room is the classic example of this era.

Despite am obvious leaning towards bold styles, the Aestheticians were fans of everything sensual. Gone was the busy intricacy of carving and moulding. In this era of décor, the emphasis was on portrayal of form and scenery rather than the richness of pattern for the sake of pattern. This era was the one where art was created, for art’s sake! 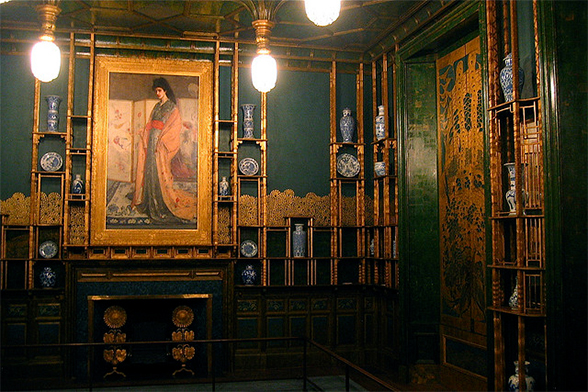 The arts & crafts influx from this era saw a spill over into the ‘Art Deco’ period of décor; an era of garish vibrancy, and everything art. If the Aesthetic era was about a sensual flow of pattern and its brooding aspect, the Art Deco period was one where these very qualities were amplified and presented in what we now term as an “in your face” style.

In the aesthetic way of décor, the elements of design were usually the use of colour in its bold, yet elegant form. The forms and patterns had a shadow, a silhouette, almost breathing life into spaces. These elements pointed towards the 20th Century in a distinct manner. Another distinct feature of this era was the use of silver. Silverware came to be used as a major element that tied other aspects towards to lend that polish and sheen to the groupings of other elements. 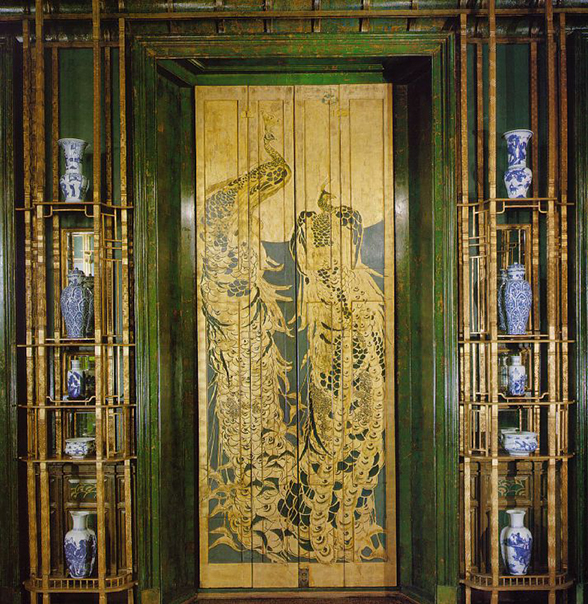 The Aesthetic era also held an eclectic appeal as it was probably the first time that combinations like various kinds of tapestries, woods and metals were seen. The best part about this era was that it pushed aside the superfluous form that was rampant during the Victorian era, which preceded it. With that artists finally managed to do away with the voluptuous and get a grip on the functional. Starting from cabinets to chairs and even the silverware; one could see a concerted effort towards finding a foothold in the area of ‘functional design’.

This functional design suddenly made décor more accessible. There was scope for beauty even in the drabbest of spaces. More notably, design and décor finally reached the American shores too. This simplified European artistic movement met the functionality of American sensibilities of that time, to give Aestheticism a whole new meaning. The effect was one of beauty in everything.

Much like the Midas touch, this movement or era, seemed to touch everything that came in its way. In interiors, the effect was subtle yet obvious. Eclectic pairings and a use of colour to depict form, rather than intricate work without colour, soon found its way into people’s living spaces.

We still seem to be living in a hangover from those aesthetic times. The Aesthetic movement is still evident in our lives and spaces, in the form of pops of bright colour in the most contemporary settings. In fact, it was with this era that people started leaning more and more towards minimalism, until it has become what we know of it today. Yet, one must remember that aestheticism is much more than mere austerity: it is an expression of form, line and design.