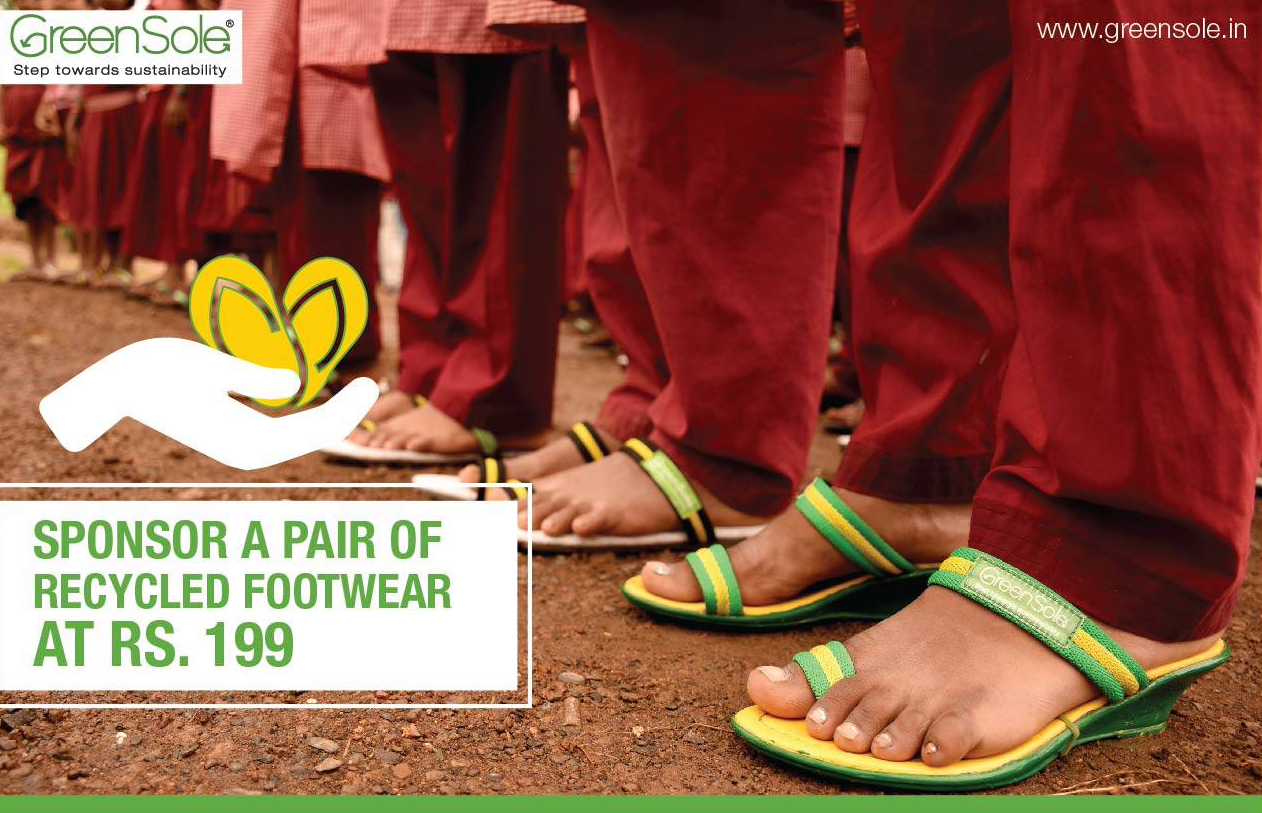 One of the tabs on Greensole’s website reads, ‘Did you know?’, and furnishes some awakening statistics. Every year 350 million shoes are discarded worldwide and according to a WHO report 1.5 billion people are infected by diseases that can be prevented by wearing shoes or proper footwear.

This information alone is an eye opener and highlights the equation between the have and have not of our society. And hence came forth the wonderful concept of Greensole founded in 2013 by Shriyans Bhandari and Ramesh Dhami, a business model which seeks to ‘To contribute to the social good, by creating a self-sustaining infrastructure that facilitates the provision of the basic necessity of footwear to everyone, forever…’ They started by providing 50,000 people in need of footwear across villages of India and today boast of some fantastic achievements, such as, crossing one lakh footwear in 2018, estimating 360,000 of CO2 emissions saved (LBS)and dreaming that no under-served is barefoot in the World by 2023.

How did it begin?

Both the founders of the company, as athletes found the need to discard about 3-4 expensive sports shoes each year because of wear and tear. This led them to brainstorm an idea wherein the discarded shoes could be refurbished and recycled into slippers that could be distributed to those in need of footwear. At the same time, it had a positive effect on the environment, by keeping the disposed shoes away from landfills and thus reducing the carbon emissions significantly.

How does it work?

The discarded shoes are taken to the manufacturing unit in Mumbai where they are dissembled. The soles of the disposed shoes are used as the base in slippers, the lacing and outer shoe used to make straps and more.

Why providing footwear is important? 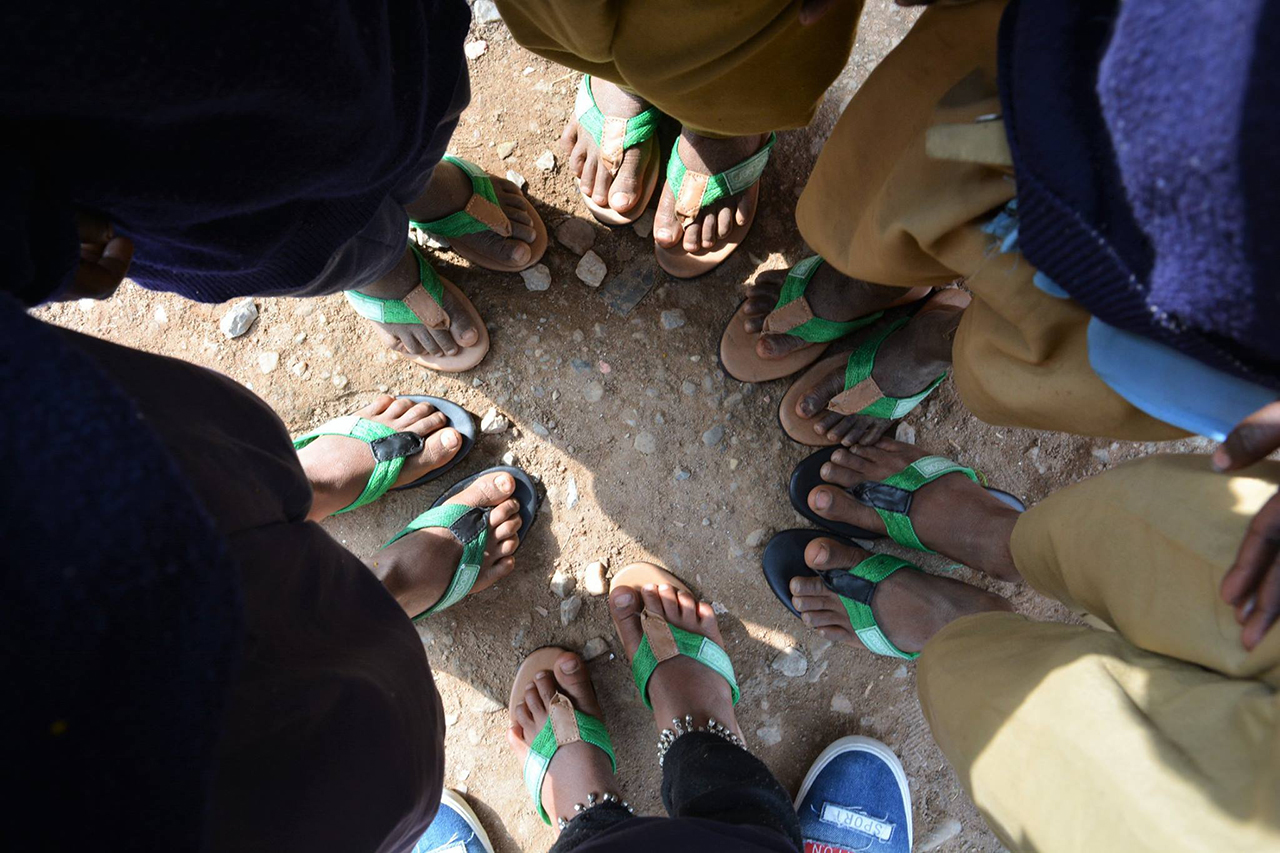 According to UNESCO and WHO 1.5 billion people contract various diseases by walking barefoot. The Hookworm Infection is when the larvae penetrates into the skin of the foot and can migrate to the lungs. Other diseases that are associated with walking barefoot, include, stongyloidiasis, tungiasis, creeping eruption and tetanus. Besides, injuries to the foot or being bitten or stung by animals are a common resultant of being barefoot.

In India, in the many thousands of villages, buying a decent pair of shoes remains an unnecessary indulgence. This is most prominent in schools, where children usually wear hand down shoes of older siblings and a new pair of footwear is rarely given priority over meals, uniforms and books. Children in villages help parents in the fields and doing so barefoot can have its undue consequences.

Also, many children walk for 4-5 kilometers to reach their school highlighting all the more the need of proper footwear.

The founders of Greensole have to be congratulated on building a sustainable business model that gives equal importance to the social and environmental impact. Collecting discarded shoes and recycling them leads to less strain on the environment and generates employment by engaging people in the manufacturing units. However, the idea just does not stop here and in fact takes the initiative a large step ahead. The trendy recycled slippers are not only sold to potential buyers thereby generating a profitable business but are also donated to the hundreds of children and people in villages who would never have gone out of their way to buy a pair of slippers for themselves. This merger of a successful business model seamlessly merged with a social responsibility that not many people would think of merits applause and support. 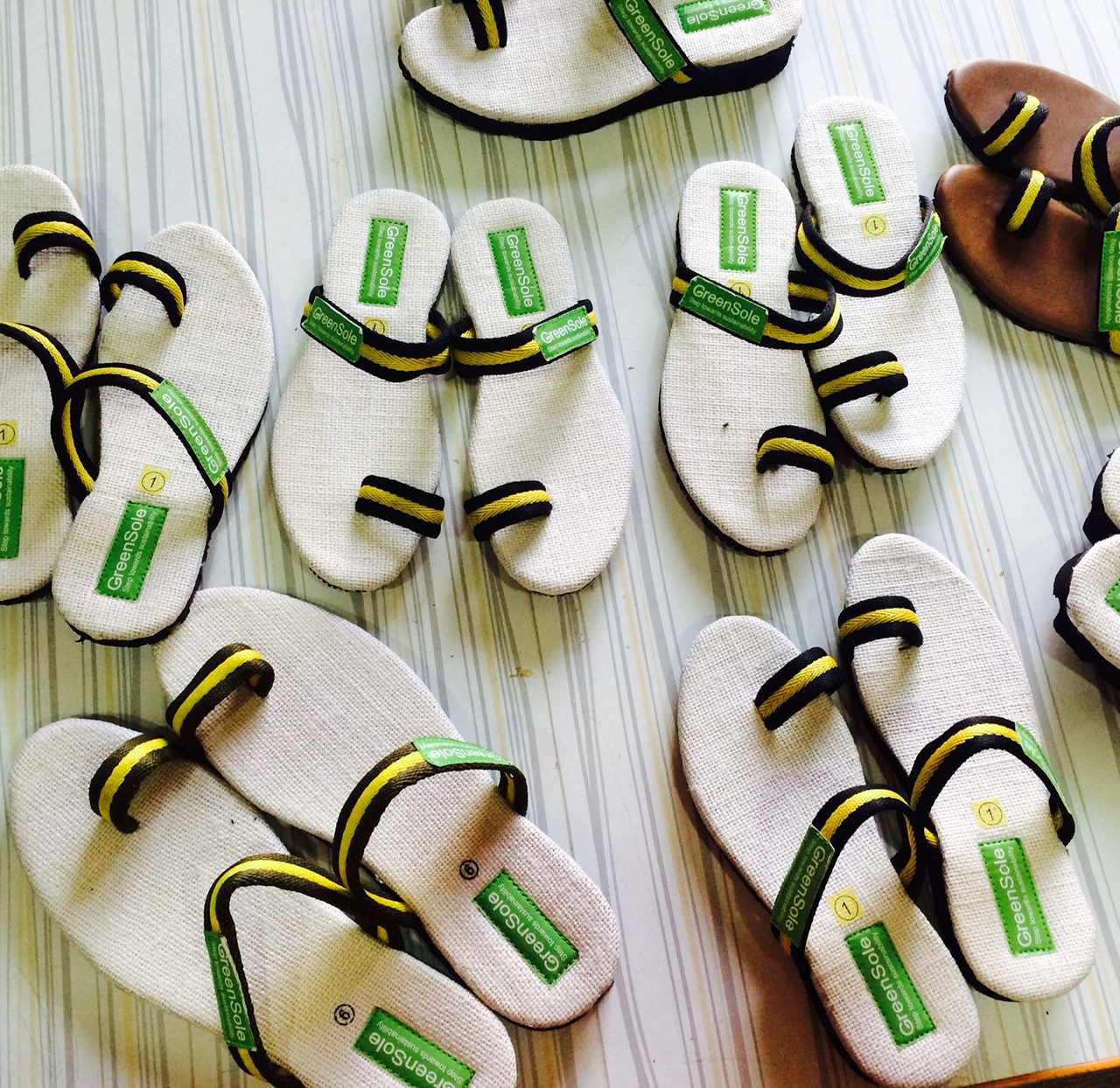 Shriyans, Ramesh and their entire team have managed to grow a business excellently balancing the social, environmental and economic aspects. Having partnered with multiple businesses under CSR (Corporate Social Responsibility), as well as through donations and the sale of their refurbished slippers, Greensole in its own words is here to ‘Donate Walks’.

With encouraging words, from Ratan Tata, Barack Obama and Anuj Puri as well as being featured on multiple platforms, such as, BBC, Forbes and Vogue India, Greensole provides an easy eco-friendly footwear option for users, who are waking up to trying to do their bit for the environment and society at large.

What can you do?

Next time you want to discard your used shoes think before throwing them in the bin. Instead donate a pair to Greensole or find out the nearest collection center.

You can also help the cause by buying your new slippers or shoes online from Greensole.

Companies and startups like Greensole stir our conscious a bit and make us sit and take notice of things we at some point have started shoving in our subconscious mind. It also paves way, in showing youngsters and business enthusiasts on how to balance fulfilling a social cause with a sustainable environment and economic approach.