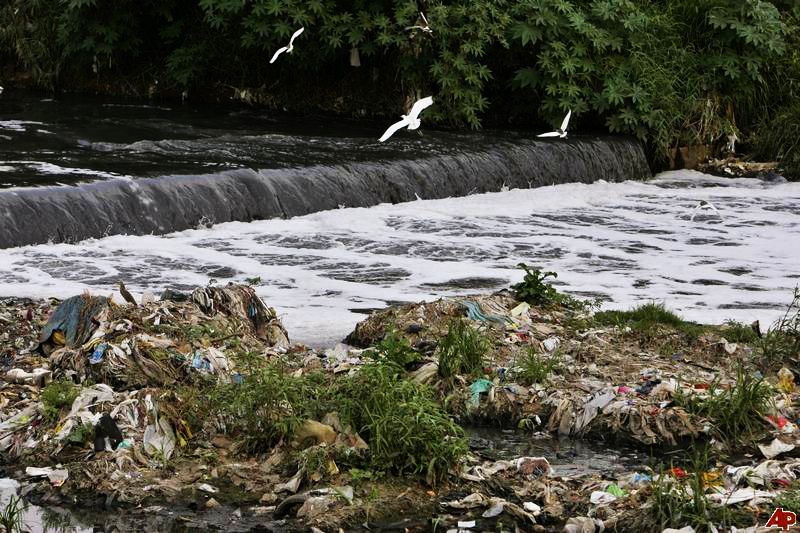 It has been almost four years since I moved to a hostel in Pattanagere, a tiny town on the outskirts of Bangalore city. I pursued BE Biotechnology in R. V. College of Engineering (RVCE) and our hostel was located on the banks of a river. The very thought of living on the banks of a river might make you feel how awesome this place is. A beautiful serene place nestled adjacent to a river away from the city’s chaos would be everyone’s dream location. However, the reality was too disturbing!

Toxic chemicals, pollution, health hazards and other aspects of human impact on environment were not just a part of my syllabus book, but they had got materialized in my surroundings. Vrishabhavathi, the river next to my hostel is the tributary of Akravathy river that originates from a spring at a temple on the Bull Temple Road, Basavangudi and runs parallel to the Mysore Road. Vrishabhavathi is nicknamed “Kengeri Mori” (Mori being drain in Kannada), while Google Maps identifies the river as Vrishabhavathi Nala! 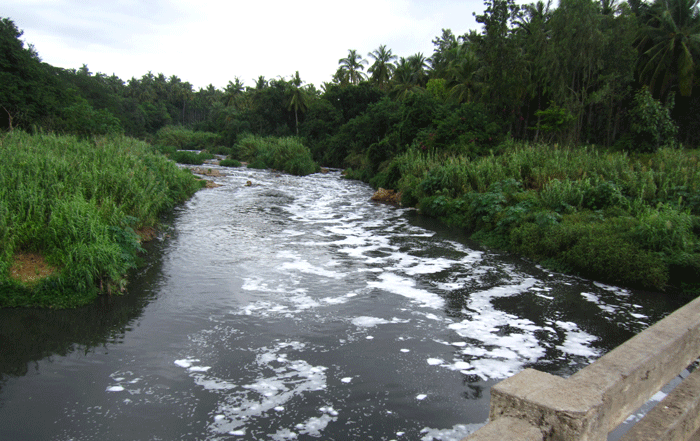 As these names suggest, the river has been the carrier of all sorts of industrial toxic waste and domestic waste water for the past few decades now. Sometimes, the Pattanagere bridge crossing is blocked with solid waste during rains, causing the river to overflow and scatter all the plastic waste and dirt on the roads. The entire area gets dirtier and the smell is intolerable.

Shockingly, the river water is said to be treated at the Vrishabhavati sewage treatment plant in Rajarajeshwari Nagar, but the treated water gets equally polluted as it reaches Pattanagere, at a mere distance of about 1.5 km. Due to the detergents and untreated industrial effluents dissolved in the water, a lot of foam is generated. Most of it being alkaline in nature, the river flow causes it to froth and this can be seen across the Mysore Road. Especially, the Kengeri Falls at Jayaramdas stop after RVCE is a sight to behold!

Surprisingly, those residents who complain about this problem are the same ones who wake up early morning to empty their garbage cans into the water. Despite RVCE students making an effort to raise awareness among the residents, Vrishabhavathi is still considered as their very own dump yard. Our brief interaction with the people living on the banks of this river was disappointing too. This was not just a dump yard but a paradise for rag pickers. What a shame! 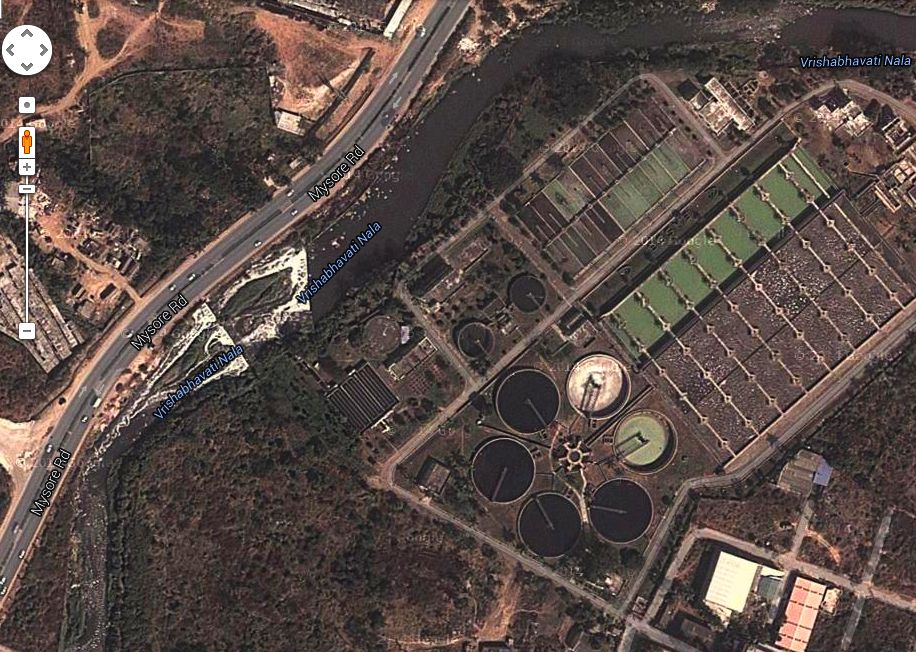 In 2006, major plans were initiated to clean up this water body as it began infecting people by causing water-borne diseases and other health hazards. High levels of toxic pollutants such as arsenic and zinc were found in the groundwater near the Bhyramangala tank, where Vrishabhavathi. Polluted water has impacted agriculture too, with farmers using sewage water for the cultivation of vegetables, cereals, fodder, and coconuts, which are contaminated.

Although the BWSSB sewage treatment plants cleanse the continuously polluted river, there has been no visible change. These plants might have reduced the amount of toxicity in the water, but the source of this waste needs to be prevented from polluting it. Sustainable ways need to be found to address this major environmental issue of Bangalore city.

Many well known companies and institutions that are located on the banks of Vrishabhavathi river must take an initiative on their own to help themselves and not wait for the government to impose stricter rules. The attitude of “rules are meant to be broken” is what has cast this huge ecological shadow on our city. We can undertake some easy steps and some difficult yet innovative solutions to prevent water pollution:

One of my lecturers recalled that there was a time when people took bath, washed clothes and frolicked in the Vrishabhavathi river. However, the grim situation we face today spells doom for our future. Ignoring a serious issue like this is like living in an illusion; I feel ending this illusion is the first step towards making a difference.

To see butterflies fluttering flights, you don’t have to wake up early with the birds. They are cold-blooded animals which means they cannot generate their own heat and need sunlight to warm their body. You’ll get to watch them basking late in the morning.
Read more
Eco-Ideaz

Shraavana, the Season of Ecstasy for Wildlife

During Shraavana nature displays her all colours. Look above, and you get to see the vast expanse of bright and clear blue sky dotted with pure white clouds which can soon turn into fierce grey overcast. Flowers blossom to their maximum beauty and the air is redolent of their sweet fragrances.
Read more
Eco-Ideaz

Banana leaf technology is a cellular eco-friendly technology that preserves leaves and organic biomaterials for a year without the use of any chemicals. Naturally, leaves and most biomaterials degrade within a shelf lifespan of three days and are discarded as waste.
Read more
Eco-Ideaz

Here is taking a look at the 5 most sustainable products that have been around for long and probably have not merited enough limelight but have shone the way to many.
Read more
Eco-Ideaz

The red house looks even more magnificent in the hills when it is surrounded by snow. After hosting a successful “clean the forest” drive in April, Sanjay is now organizing a “Reforestation drive” with forest officials.
Read more
Eco-Ideaz

5 Vegetables That Can Grow at Home for Beginners

Planting your own garden can be so fulfilling. Though growing a kitchen garden may seem complex but this plants will give any beginners success.
Read more
Eco-Ideaz

The wonderful concept of Greensole founded in 2013 by Shriyans Bhandari and Ramesh Dhami, a business model which seeks to ‘To contribute to the social good
Read more
Eco-Ideaz

How to Choose the Best Home Solar Power System

With several types of home solar power systems available in the market, it can be hard for you to choose the one that can be perfect for you.
Read more
Eco-Ideaz

Here are three documentaries and a feature film to get you thinking seriously about climate change (listed in the prescribed order of viewing).
Read more