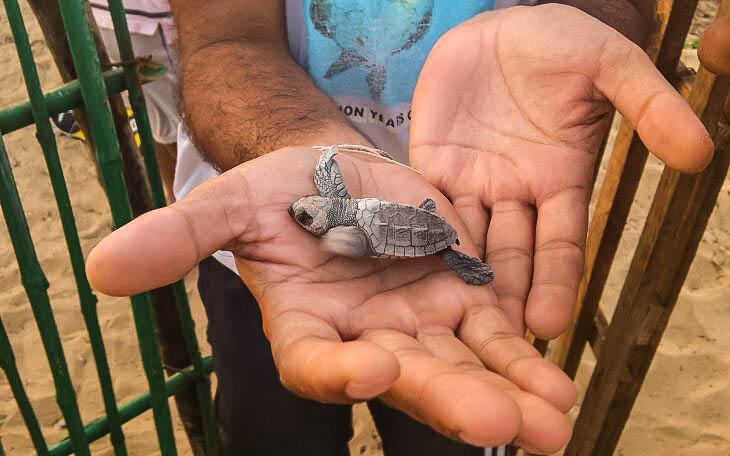 We Indians celebrate numerous festivals throughout the year with much zest and vigour. Most of these festivals are religious rituals and rarely do we have any event to celebrate the nature around us. Earth Day on April 22 and World Environment Day on June 5 are two of the very few times in the year when we remember Mother Nature.

Interestingly, there is a festival organized in Maharashtra exclusively for turtles! Sea turtles are endangered species due to poaching and habitat destruction. All of the five species of marine turtles found in the sea waters around the Indian subcontinent are listed as either endangered or threatened species. Among these, Olive Ridley turtles have a distinct behaviour of forming Arribadas, which are mass gatherings of female turtles to lay eggs on the shore. In India, these Arribadas mass gatherings are observed in Orissa and Maharashtra.

While turtles breed throughout the year, their mating activities increase exponentially during the months of November to March. After mating, the female turtle comes ashore during the night and just beyond the high tide line, it dig holes up to 18 inches deep and fill them with about 100-150 eggs. Interestingly, females return to the very same beach from where they first hatched, to lay their eggs! 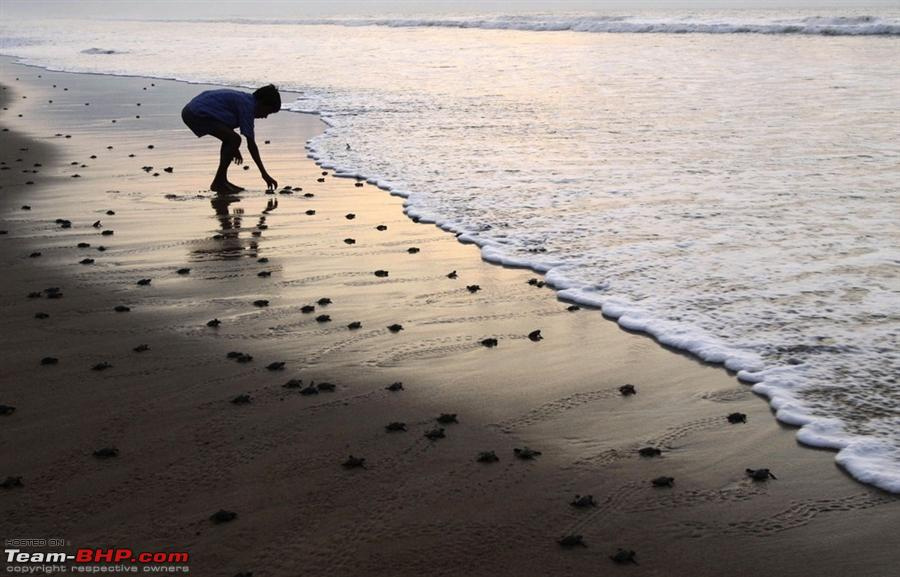 Over the years, most of these eggs were stolen by people and being sold in black markets. Few years ago, Sahyadri Nisarga Mitra, an eco-conservation NGO in Maharashtra, came forward to provide protection to sea turtle eggs which were being hunted in the Konkan Coast. Every year, a turtle festival is organized in a small village called Velas in Ratnagiri district, where villagers along with tourists from across India come together to release the turtle hatchlings into the sea.

The Velas Turtle Festival is organized every year between February and April. The villagers of Velas volunteer to provide home-stay facility to eager tourists who flock this village every year. According to the organisers, about 15 families volunteered to provide homestay for tourists arriving for this year’s festival. Visitors are actually are overjoyed by the level of warmth and hospitality they receive. The villagers ensure that their guests do not encounter any kind of problems, while they are reside in the village for the festival.

During this two-day festival, hundreds of visitors watch turtle hatchlings being released into the sea. Hatchlings begin to emerge out of their nests on the sea shore and begin crawling towards the see. Every year about 600-700 new turtles are sent into the sea. Basically, 600-700 new lifes are allowed to start.

The turtle conservation programme was started way back in 2002 by Vishwas (Bhau) Katdhare. According to him till 2014, Sahyadri Nisarga Mitra has released about 16,000 hatchlings into the open waters. The problem was first discovered in the 1990s, when a boat smuggling silver crashed on the beach. The police caught the smugglers and recovered most of the silver but some bricks were lost at sea. A few years later those bricks washed up the beach and it was closed for the public for the time being. It was then that the Olive Ridley turtle tracks were discovered and then it came out that villagers were stealing turtle eggs, grooming them and selling their meat.

Similarly, another turtle festival is organised in the sleepy, fishing villages in Sindhudurg district on Konkan Coast. Scores of nature lovers gather at the popular nesting site of Vengurla beach bordering Goa for the Turtle Festival in December and January. These turtle festivals are a noble initiative undertaken up by concerned villagers of Maharashtra. We need more such programmes for every endangered animal species. Assuming this festival will be organized year after year, sea turtles won’t be an endangered species anymore. Events and festivals like this teach us that every animal is a part of our larger ecosystem and we should respect and preserve them.