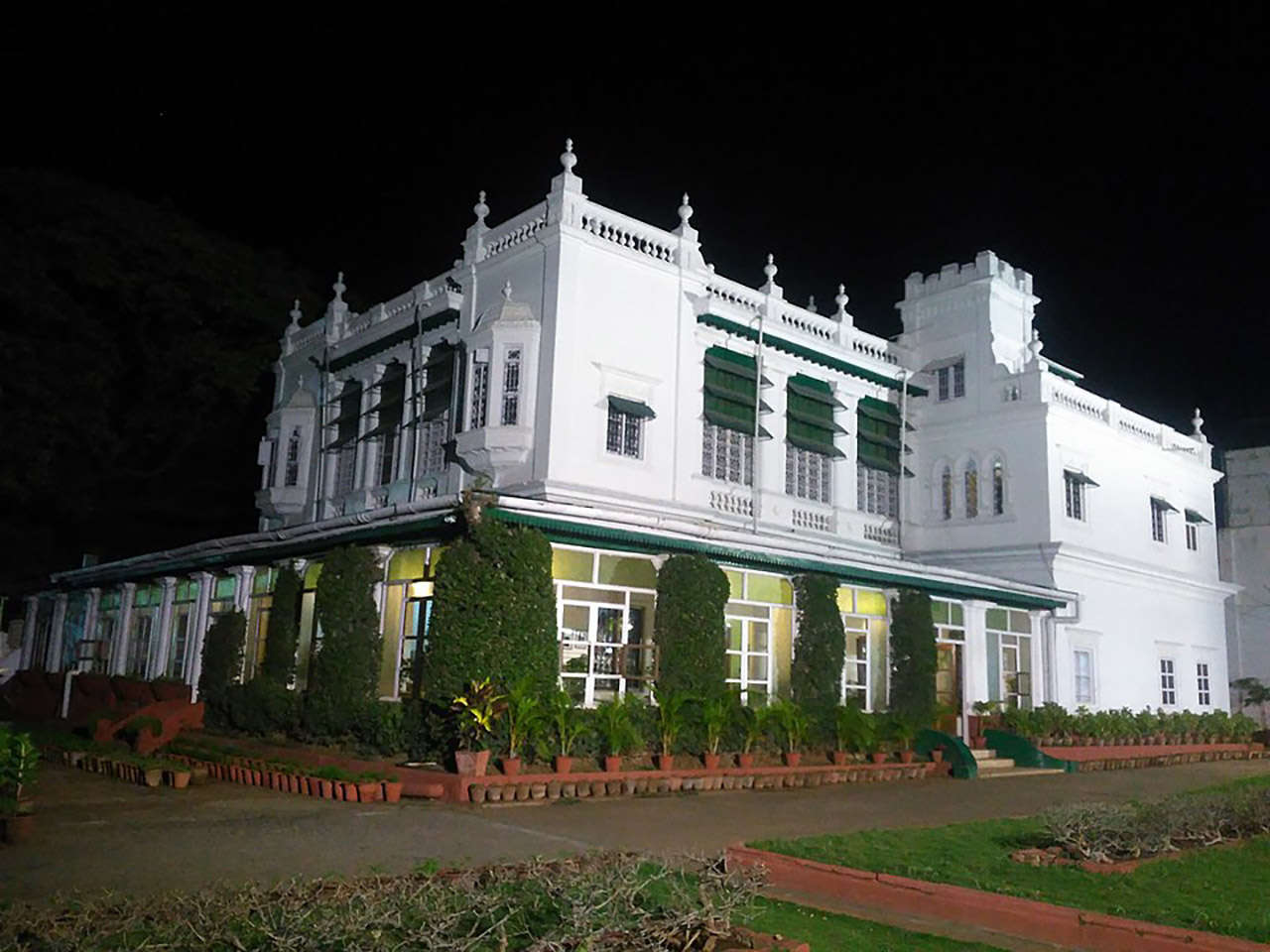 Originally built for the princesses of Mysore, Chittaranjan Palace is a lesser-known palace at Mysore and has been restored as a charming hotel. It is a small hotel with thirty-one rooms and is eco-friendly as it has solar power, no AC, no TV, etc. The rooms do not have any air-conditioning and are uniquely decorated in classical Indian styles. They have ceiling fans and many offer antique furnishings. The hotel is renovated and furnished using traditional Indian crafts and offers comfortable surroundings, a restful and creative atmosphere, and has friendly staff. Massive gardens, with formal lawns and shaded porch, and fringed by majestic trees, the hotel is a paradise.

The Maharaja of Mysore built the Chittaranjan Palace for his sister in 1916. Built more than 100 years ago, the palace was sold to a Mysorean family who then converted it into the headquarters of a film company, “Premier Studios”. Many films and TV shows were shot, including the famous TV serial The Sword of Tipu Sultan. After closing down the studio, the building was then converted into a hotel called, “Green Hotel” in th 1970s. The charity gets the profits that are from the hotel.

The Green Hotel has an exclusive decor, furniture, and ambiance that takes us back into an era of RK Narayan’s creations and empowers us to feel an extensive blend of the old and the new Mysore. The hotel also has a coffee shop known as the Malgudi Coffee Shop which serves the rich and piping hot Mysore coffee. It also has a restaurant with a patio that serves European, Chinese, and Indian cuisines. Their cinnamon toast served during the evening is a big hit. There is also a library and multiple dining areas inside the hotel. Overall, the hotel gives a royal as well as homely feel.