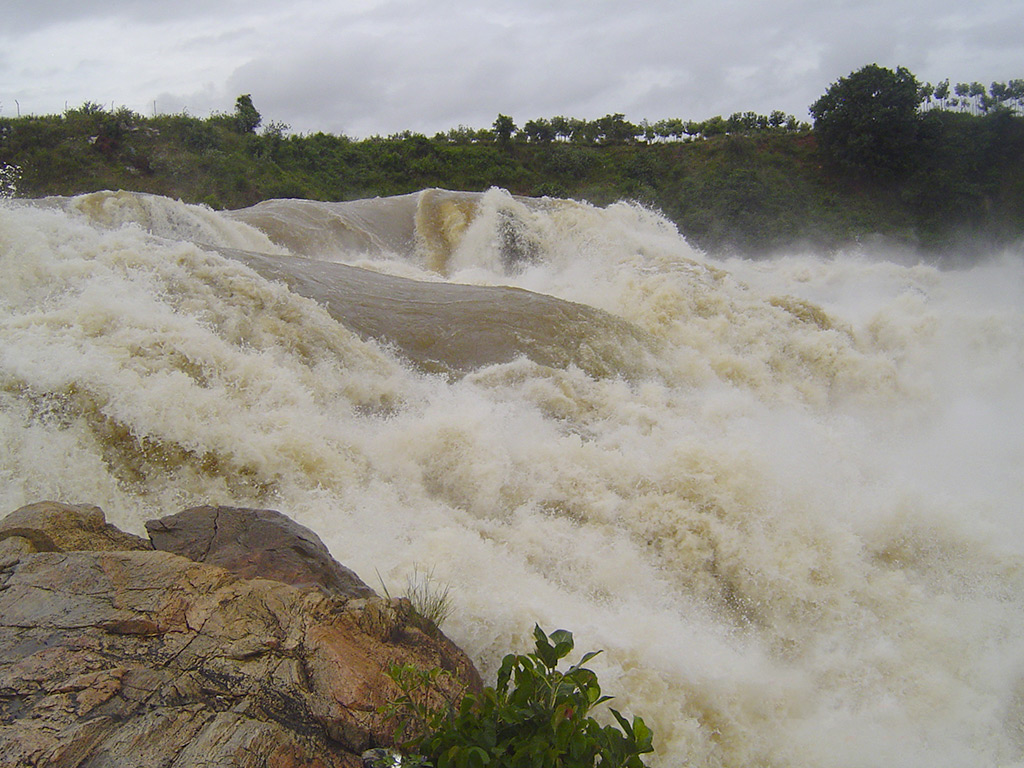 Chunchanakatte Falls is a famous waterfall formed by the Cauvery River. It is located near the Chunchanakatte village in the Krishnaraja Nagar taluk of the Mysore district. The place is located at a distance of 55 km from Mysore. The river runs into Chunchanakatte making the waterfall huge and about 60 feet tall and 350 feet wide and the water surges from a height of about 20 meters. The river divides into two small and separate cascades when it reaches to pour and then merges again to continue to flow as one into the Krishna Raja Sagar (KRS) dam.

Surrounded by lush greenery, the Chunchanakatte Falls is famous for the ancient Kodanda Rama Temple which is located on its bank and is dedicated to Lord Kodandarama. There is also an idol installed in the temple in which one can see Sita standing to the right side of Sri Rama when she usually stands on the left. It is also believed that this is the holy place where Lord Sri Rama, Lakshman, and Sita, during their exile, stayed here at the request of the local tribal couple Chuncha and Chunchi. The belief was that Goddess Sita took the holy bath here and the water came out looking like it is mixed with turmeric and other holy powders that she used in her pooja. Till now people can see the different shades of the water.

There is a renowned Brahma Ratotsava (car festival) which is held every year on January 15th on Makar Sankranti. Another famous festival celebrated here is the cattle festival which is also a popular highlight. The Chunchanakatte Falls is a great weekend picnic spot which its picturesque falls and greenery. One can also catch sight of many water and shore as well as migratory birds.