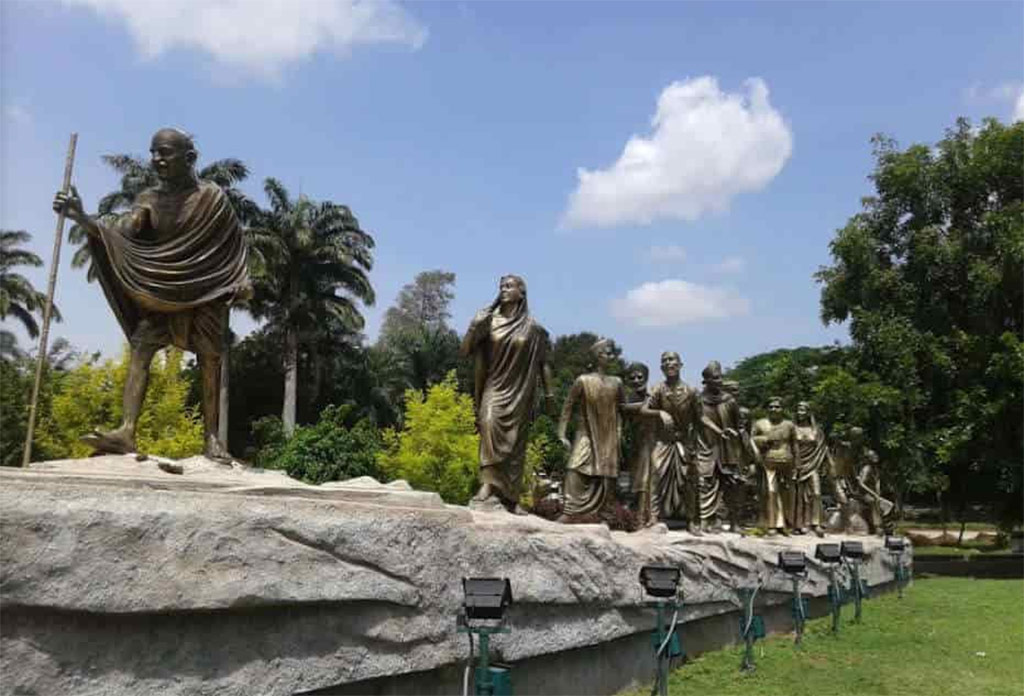 The Freedom Fighter’s Park in Chamrajpura in the city of Mysore, India is located in the center of the city. It is also known as the Subbarayanakere Park. The park is very popular and well-liked among the locals (Mysoreans) as they like to take morning and evening walks there.

The park also has a separate play area so that the little kids can have their own little space and be safe and play with each other there. There is a whole extra area for exercise, yoga, meditation, etc. The unmatched beauty and the bright flower beds as well as the park being an architectural marvel is mostly why the Freedom Fighter’s Park is popular among the locals and in the city of Mysore. The Mysore City Corporation recently decided to improve the park’s appearance and landscape and so the park recently got a facelift. There is also a Freedom Fighter’s Bhavan here. The Freedom Fighter’s Park is built as a mark of respect and honor and to pay homage to our freedom fighters. It is dedicated to them as they fought for our country and its independence from British control.

The Freedom Fighter’s Park is huge and has lush greenery. It is filled with beautiful, vibrant flower beds; blooming and flourishing, lavish green lawns, and has peaceful and open space as well. The major attractions of the park are the captivating and magnificent statues of the freedom fighters including Mahatma Gandhi. One should visit the park when visiting Mysore with your family.