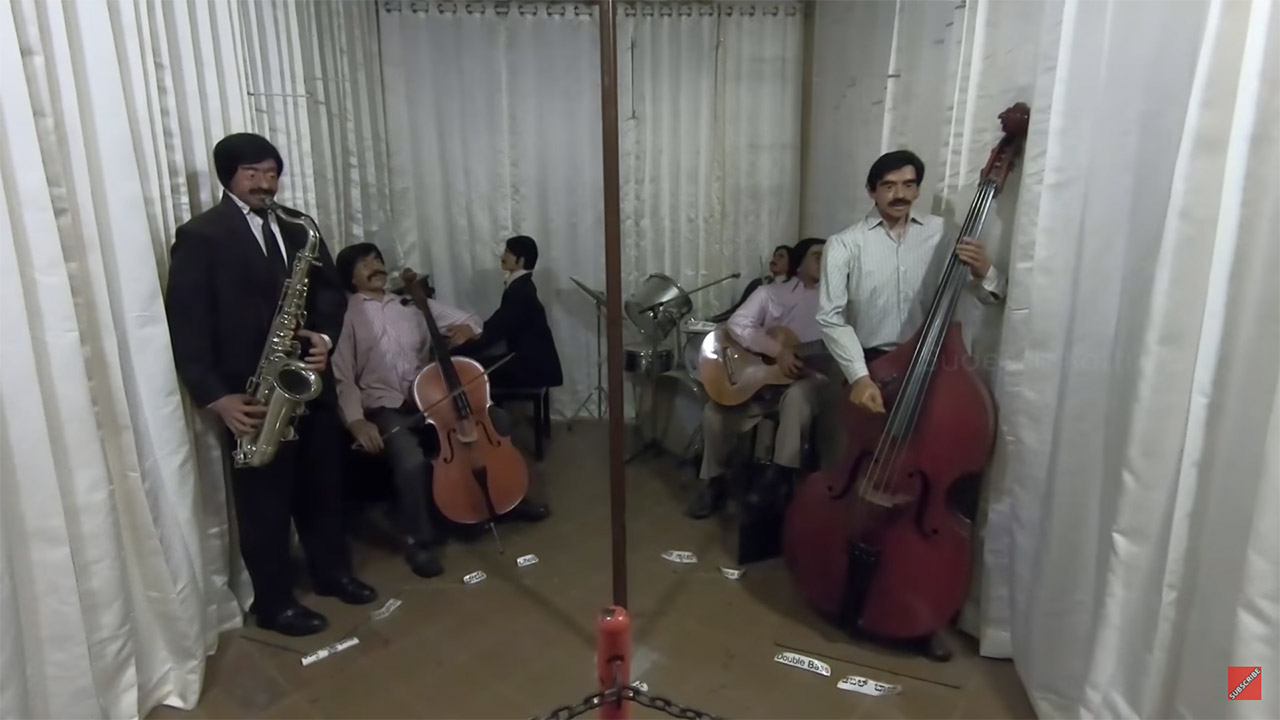 The musical-themed museum, Melody World Wax Museum is indeed a truly fascinating and enthralling tourist location in Mysore. The wax museum is rightly named as Melody World as it is dedicated to music and it possesses the largest collection of musical instruments in the whole of Karnataka. The museum also holds the position of being the third-largest museum in the country.

Established in the year 2010, by the artist Shreeji Bhaskaran, the Melody World Wax Museum is a Mysore heritage building and is more than 90 years old. The museum houses around 300 musical instruments grouped and sorted into various bands and stage settings and it also exhibits more than 100 life-sized wax statues. The musical instruments displayed here belong to various different eras, extending from traditional ones to modern and indigenous instruments also that depict tribal music. Some of the major attractions of the place are that the life-sized wax statues are in native attires and
most of them are musicians playing various instruments. The museum was built as a mark of respect and to pay tribute to all the musicians in the world. Located near the Chamundi Hills with a beautiful panoramic garden, the Melody World Wax Museum is one of its kind and is a popular sightseeing spot in the city. The museum features 19 galleries, each devoted to a genre of music like jazz, Carnatic classical, Hip Hop, etc. and so each gallery portrays the uniqueness of the world of music and arts.

The Melody World Wax Museum also has a few exhibits that are more of social relevance like the majestic statue of the former Maharaja of Mysore, Nalvadi Krishnaraja Wodeyar. The statue is a major highlight of the museum. The museum charges only Rs 30/- as an entry fee and Rs 10/- for a still camera.