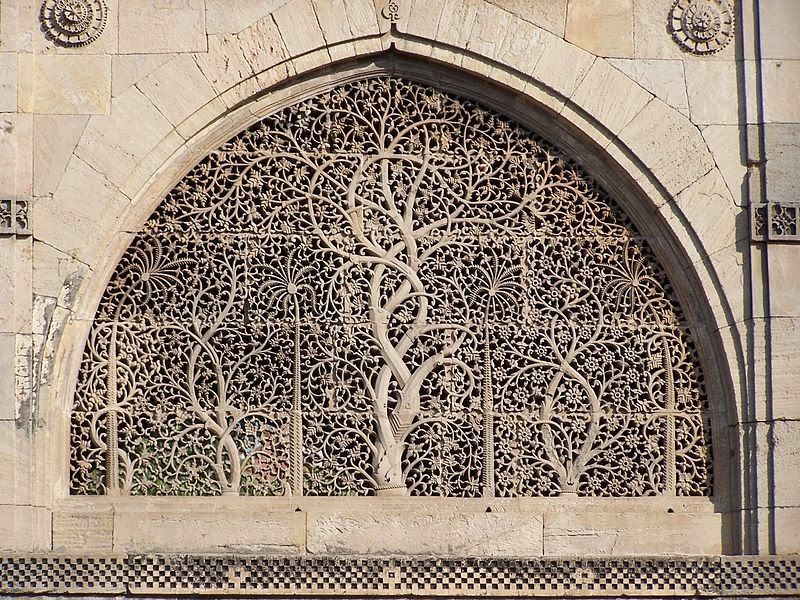 One of the most popular mosques, Sidi Saiyyed Mosque is located in Ahmedabad, Gujarat. It is locally also known as Sidi Saiyyed ni Jali. The mosque was built in 1572-73 AD. The mosque is known for its intricate tree design carved into the latticework of the structure. Sidi Saiyyed was built during the reign of the last Sultan of the Gujarat Sultanate.

The intricately carved latticework at the mosque is the unofficial symbol of the city and is also an inspiration for the logo of the IIM, Ahmedabad.

The mosque is known for its ten latticework windows on the rear as well as side arches/  There is a central window arch in the mosque which could have been a place for an intricate jali. Instead, there is a stone wall. it is believed that this could be possible because the construction was not completed before the Mughals invaded Gujarat.

It is a beautiful mosque with fine artwork on the windows. It is would be great for people who love artwork to explore this place.