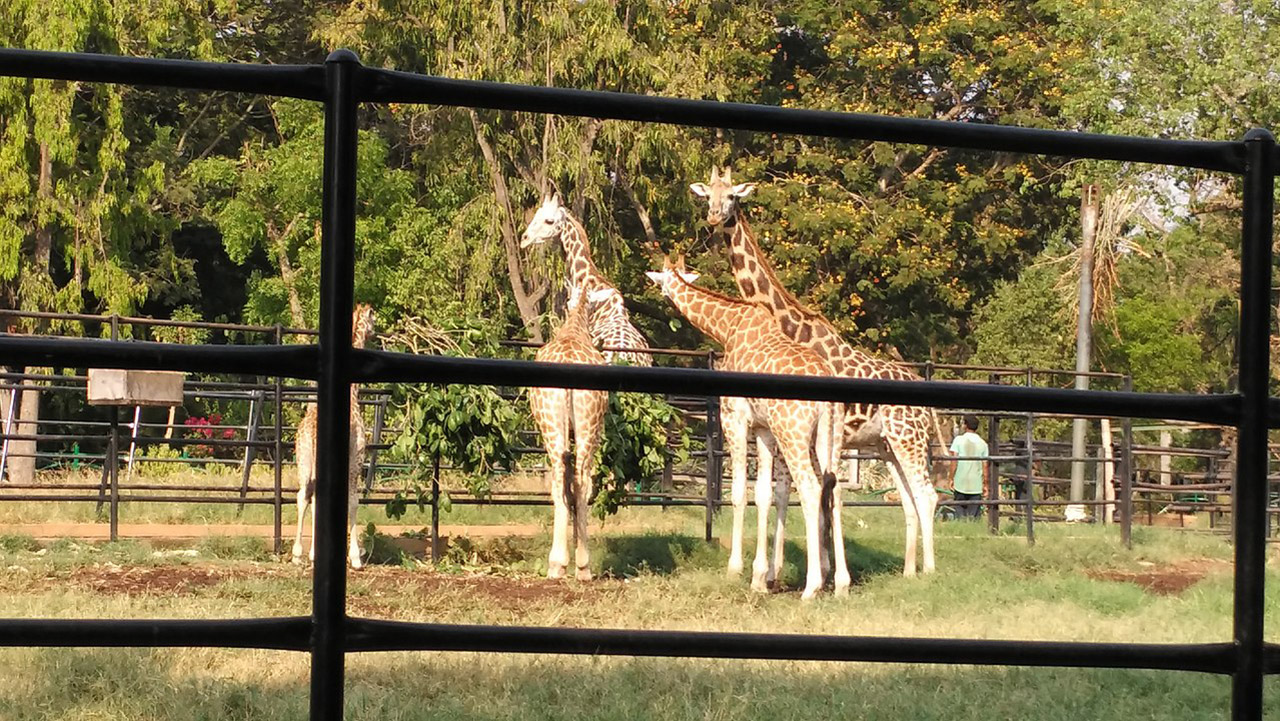 Home to more than 160 species of animals including birds and 1,450 specimens of animals worldwide, Sri Chamarajendra Zoological Garden is one of the oldest and the larges, and most popular zoos in India. It is also known as the ‘Mysore Zoo’. Located at a distance of 2 km from the famous Mysore Maharaja Palace and the beautiful Chamundi Hills right beside it, the place is not just filled with rich and gorgeous flora and fauna but with amazing scenic beauty too. It is recognized for breeding rare animals and it’s said to attract more than 2 million tourists every year from all around the world.

Established in the year 1892, by the Maharaja of Mysore, Sri Chamarajendra Wodeyar, the zoo was initially a private zoo for the Royals and was named ‘Khas-Bangale’ or ‘Thamash Bangale’. Later it was renamed as ‘Sri Chamarajendra Zoological Gardens’ in 1909 and public entry was allowed in 1920. The zoo has well-spaced enclosures for the animals to walk around freely. It is located inside the city unlike many other zoos and it houses a wide variety of species from over forty countries in the world including India. The Mysore Zoo has African elephants and it was the first zoo in India to have gorillas and penguins. It also houses anacondas, giraffes, zebras, lions, tigers, white rhinoceroses, baboons, primates, antelopes, bears, etc. and the best part is that most of these animals were personally selected by the Maharaja from various countries.

The Mysore Zoo also has a massive aviary and a walk-through bridge to observe the birds closely including the Karanji Kake. The place is tranquil and peaceful with fewer crowds. The place is one of the best tourist attractions in the city.