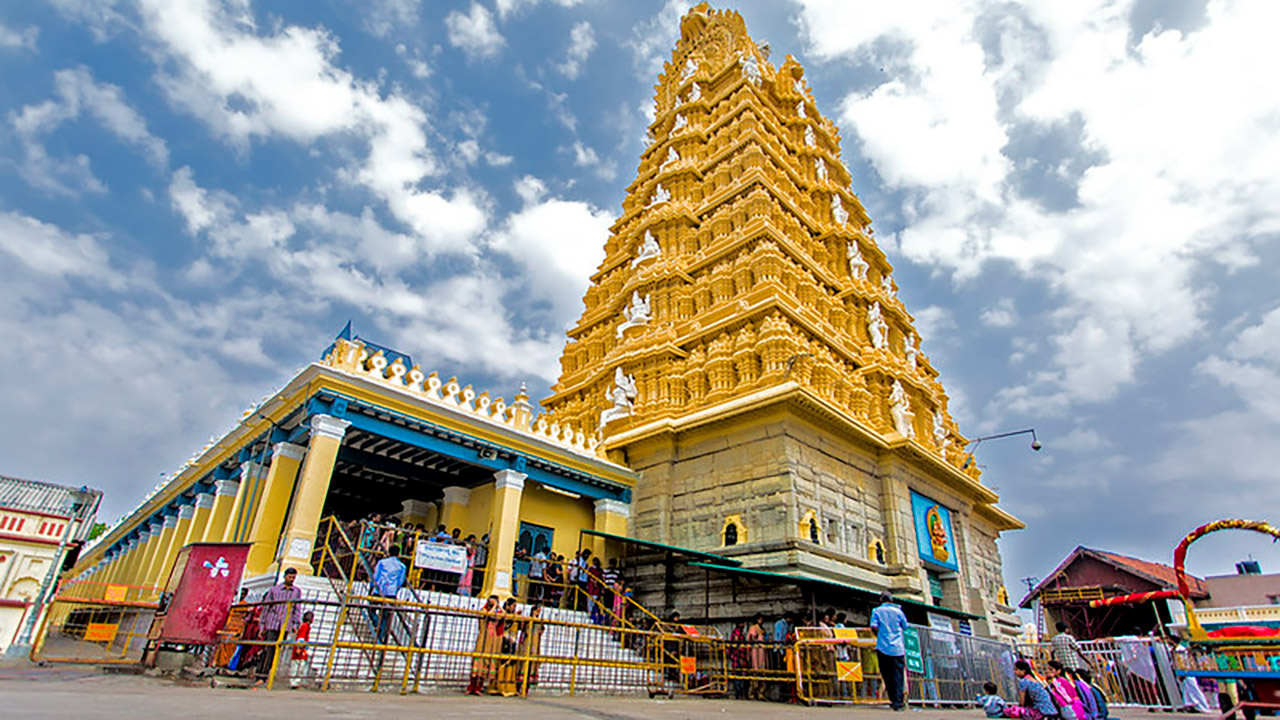 The Chamundeshwari Temple is a traditional Hindu temple, placed at the top of the Chamundi hills. It is one of the most prominent temples and is about 13 km away from the city of Mysore. It is dedicated to the Goddess Chamundeshwari (Chamundi), a powerful and fierce form of Shakti and a slayer of demons, a tutelary deity of the Mysore Royal Family as well as Mysore. The temple is located at a height of 1000 ft on the eastern edge of Mysore on the Chamundi hills. The temple also has statues of demons, Nandi and Mahishasura and it is believed that the Goddess Durga slew the demons, and thus, the goddess is seen seated on a lion, killing the fiend with her Trishul.

The temple is one of the oldest temples in the city and has striking architecture as well as great historical significance and is surrounded by nature’s tranquillity which is why the temple not only attracts devotees but also tourists and people from all around the world to witness its elegance and magnificence. The Chamundeshwari Temple is also known as Krouncha Pitha as it is said that the hair of Sati fell here and it is also considered as a Shakti Peetha and one among the 18 maha (major) Shakti Peethas. The temple has a quadrangular structure with an impressive seven-tier tower known as ‘gopuram’ or ‘gopura’ and an impressive entrance known as ‘dwara’. The temple also comprises of Sanctum Sanctorum, Navaranga Hall, Antharala Mantapa, and Prakara with a small tower on top of Sanctum Sanctorum known as ‘vimana’. There is also a tower at the entrance ‘Shikara’ on top of which are seven golden ‘Kalashas’.

The Chamundeshwari Temple is a perfect example of architectural beauty. It is also a No Plastic Zone thus contributing to the conservation of our environment.