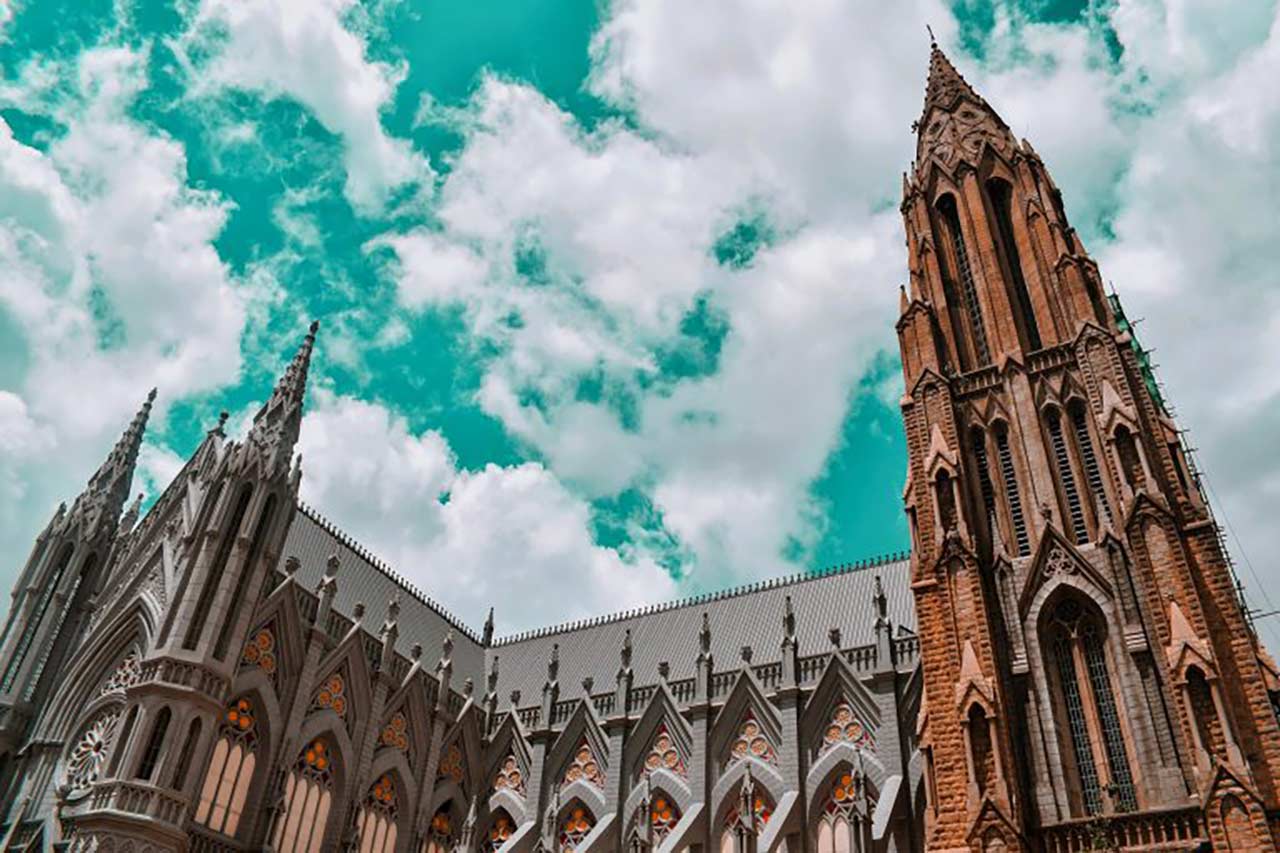 The cathedral of the Diocese of Mysore, India, St. Philomena’s Cathedral is a Catholic church. It is recognized as the second tallest church in Asia and one of the largest churches in India. Its full name is the Cathedral of St. Joseph and St. Philomena and so, it is also known as St. Joseph’s Cathedral. It is one of the most important historical sites in Mysore as it was constructed to pay tribute to St. Philomena who was a Latin Catholic Saint and a Greek princess and martyr of the Roman Catholic Church.

It was first built in 1843 by Maharaja Mummadi Krishnaraja Wodeyar to cater to the needs of the British officers stationed at Mysore. It was initially a small and simple church but plans for a new and majestic structure were laid down in 1933 during the reign of Maharaja Krishnaraja Wodeyar IV. The present form of the church was designed by the French architect, Daly, and was completed in 1936. The St. Philomena’s Cathedral is built in the Neo-Gothic or the Victorian style of architecture and designed to resemble the Cologne Cathedral in Germany. The Cathedral’s floor plan resembles a cross in which the long part is the congregation hall known as the ‘nave’ and the two arms are the ‘transepts’ whereas the ‘crossing’ is the part having the altar and the choir. The altar has a statue of St. Philomena which was brought from France. The steps near the altar lead to the crypt below in which the relics are preserved.

The twin spires of the church are 175 ft tall. The stained glass windows in the main hall depict the scenes from the birth of Christ, the Last Supper, the Crucifixion, the Resurrection, and the Ascension of the Christ. It is an architectural beauty and a celebrated religious place.