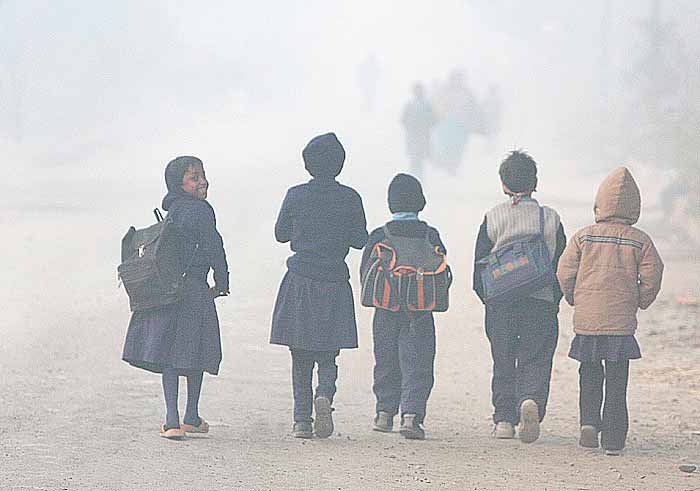 Our wanderlust woman, Cindu Chandrasekharan ended up in Nai Dilli during one of her numerous stints as an FM radio RJ. Being a hardcore Sillycon city citizen, she had to be treated for a severe bout of culture shock! Please read her travails to fit into the capital’s culture and comment on the best point about being in New Delhi:

I’m a Banglorean in Delhi. So what does a true Bangalorean do in Delhi?
1. Wonder why she is so far away from home. Leaving the Deccan plateau or the cities of the south for the north is not a recommended practice or a convenient set up. Chennai, Hyderabad or even Kochi is fine..but Delhi?

2. Think about the uncles, aunties, “bosses” -usually riding the ricks- she chose to trade for the unclejis, antyjis and bhaiyajies. (A cycle rickshaw is an entirely new experience!)

3. Keep wondering how many Bangalores can fit between East and West Delhi.

4. Be constantly amused at how women wear jeans and a hand full of red bangles without feeling self conscious or even slightly apologetic.

5. Be constantly laughed at for saying “Chumma” instead of “Just like that”. 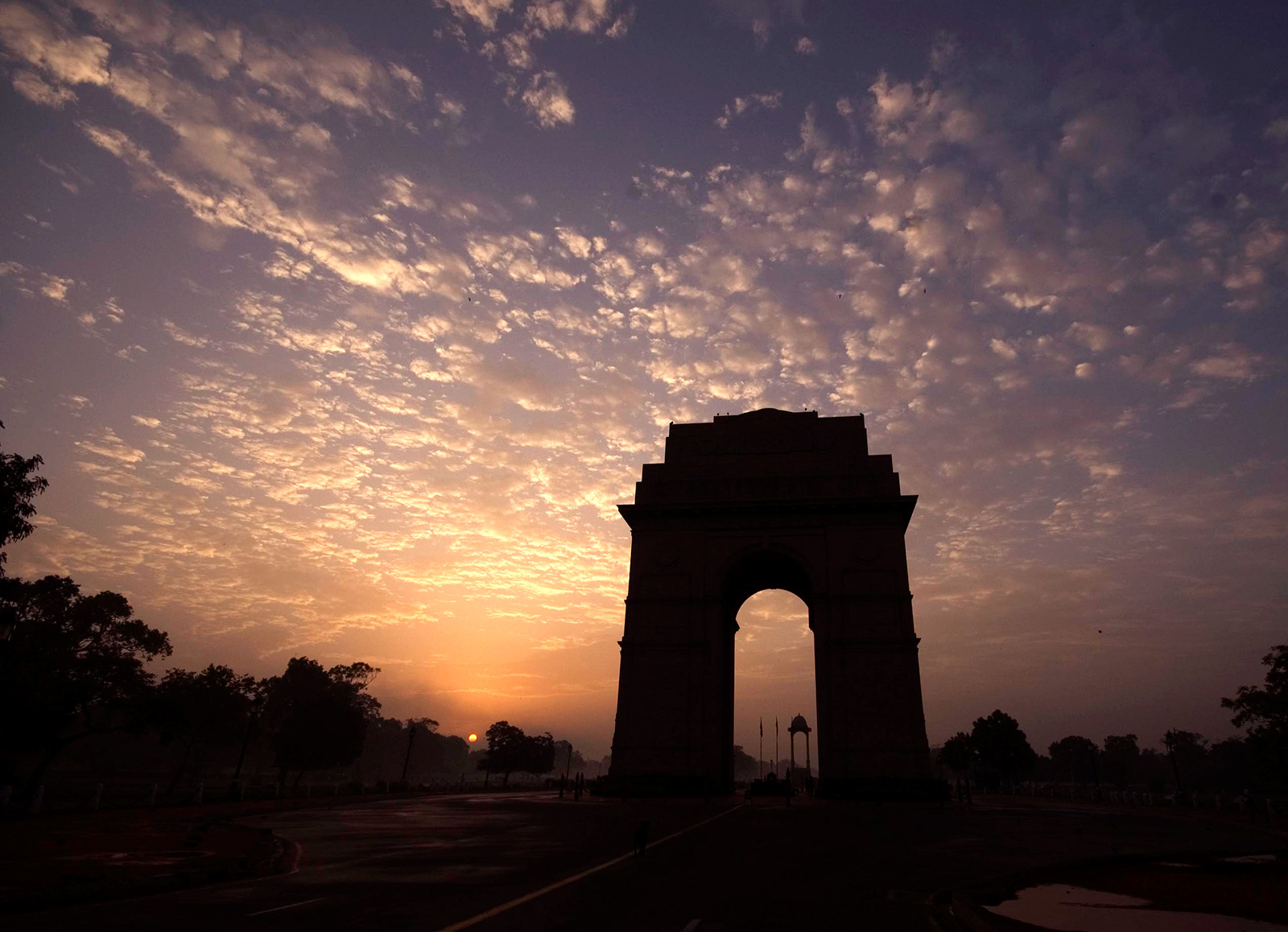 6. Be amazed at how food is not just comfort or business but is the most common religion.

8. Go wow wow wow at the amount and variety of food available on the streets.

9. Realize with a song on her lips that t-shirts for 30 bucks in no longer a joke.

11. Keep shaking her head in disbelief at the spellings and an average delhite’s general ability
to construct a sentence.

12. Be ever so grateful that she went to a school where they used the Wren and Martin and cared to teach how ‘contact’ is pronounced.

13. Be convinced that 15 years of Hindi education was probably not enough for her to speak in Hindi without attracting looks of amusement and disgust.

14. Find it strange that there is chaat masala added to everything including orange juice. 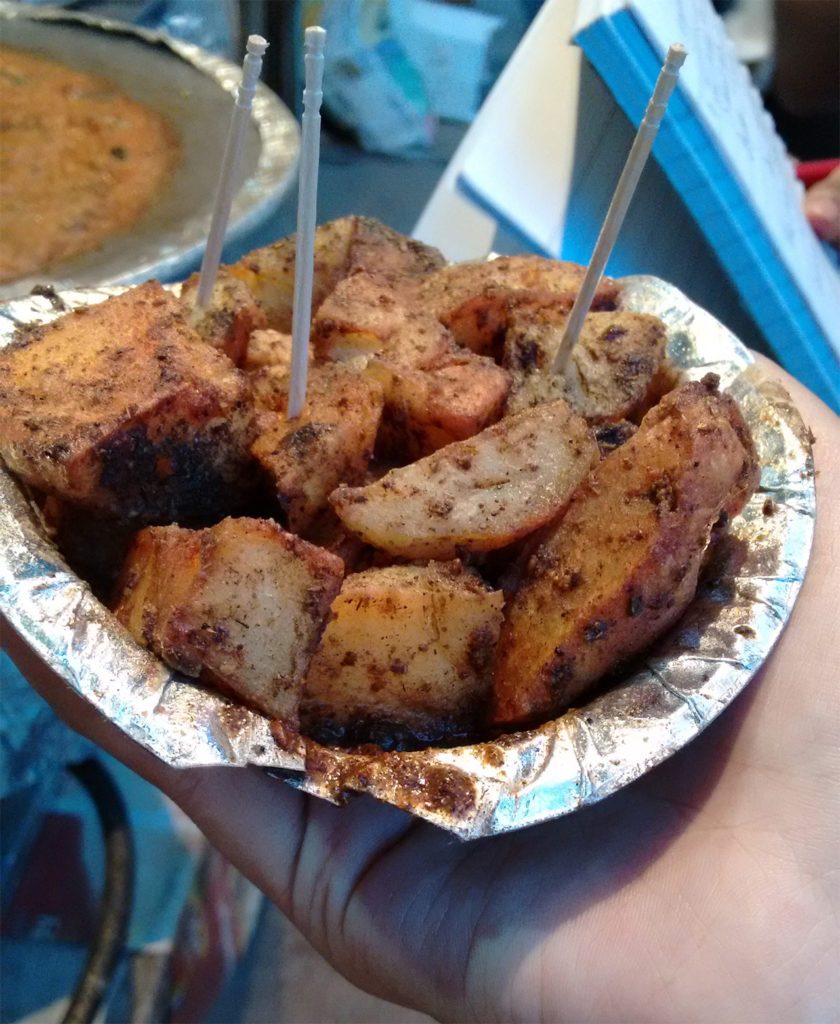 15. Have her eyes pop out of her face, touch the ground briefly when a chief guest at an event says “thanks for the mammaries” instead of memories.

16. In winter -for the uninitiated a bangalorean wears a sweater when the temperature dips any lower than 23 degrees- wonders why she is there, in the first place. Assuming she has her reasons…then freeze…sorry sneeze to death. Get laughed at for wearing three layers of woolens over her clothes and never be courageous enough to mention the thermals that lay beneath.

17. Realises that Delhi is not particularly warm –
– When it is more revealing than relieving to use the loo
– When showers are no longer looked forward to
– When you don’t even catch people’s attention when you declare loudly that you haven’t showered in 2 days
– When every woman you are talking to has taken up knitting to complement breathing
– When you truly understand how the comforter got its name
– When you Wake up at 2 pm and wonder whether you should have breakfast or lunch

18. Understand that festivals herald the change in weather. It gets cold, damn cold after Guru Nanak Jayanti. It gets warm, ditch the euphemism, bloody hot after Holi. People make sure that you don’t forget them by repeatedly doing a countdown to these significant days. What she realizes is that when they say something about the weather which is not comforting, they are damn accurate.

19. Stand surprised when the South Indian Rasam receives a standing ovation and slurpy praises at anytime of the day.

20. Be amazed at how anything can be home delivered from vegetables to medicines to bills to massages to ice creams… even long after the pubs in Bangalore have shut.

21. Find it odd that milk is sold by the kilo (kilo? what happened to the good old measure of a litre?)

22. As an after thought, realize that pretty young boys (who should ideally not open their mouths for the sake of their glam quotient) can’t be slotted because a boy in Delhi has to either be a beta or a bhaiyya.

23. Be called a Madrasi even though she has never been to Chennai, even though she tries using an India political map to show where Madras was and where Bangalore is. But then again who cares because it’s convenient to call anyone from the south of India a madrasi. It’s almost like having India’s own America, refusal to understand geography, generalization, politics, assuming the big brother position, bad accents, even worse spellings to name a few common traits.

24. Wonder why people would go driving 5 kms to drink a milk shake that’s not really a milk shake but flavoured milk. It takes all kinds I guess. (btw, it tastes awful)

25. Also feel kicked about going to Nirula’s to have a hot chocolate fudge, even though she may not really like it. It comes with a formidable reputation. A delhiite who does not approve of it is yet to be made.

26. Realize that she will never get used to the amount of filth on the roads. The world transforms into an open-air washroom, the roads turn in to a giant bin and street corners turn into XL sized urinals.

27. Get friends and family coming from Bangalore to get her biryani from Nagarjuna. Yeah. True story!