Let’s ask ourselves a simple question – What memories does the Commonwealth Games bring up? The CWG scandal by our politicians or the stellar performance by our sports stars? I would say actually we as a nation need to introspect why such debacles happen. Is it because our politicians are corrupt or is it because we do not have a sporting culture… leaving the debate aside, let’s look back at the history of Indian performance at the Commonwealth Games and see if there are better memories to recollect: 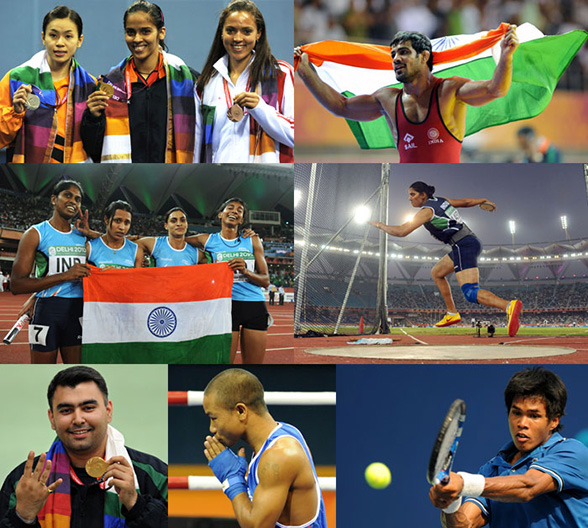 The 2010 Commonwealth Games can be easily dubbed as the best ever performance by our sporting team and the worst ever accomplishment by our sports authorities. At no other event, did we witness Indian sports hit its nadir and then bounce back to its zenith in such a shocking turn of events! First, it began with the series of delays in completing the infrastructure in Delhi for the games; then came the revelations of substandard work done in the sports village; followed by the climax of corruption scandals allegedly done by the organising committee led by the infamous Suresh Kalmadi. The nation was ashamed in front of the international media that had arrived to witness the grand spectacle.

Fortunately, once the games began, the heart-warming performances by our sports stars erased the ugly memories. Particularly, the powerful individual feats of Saina Nehwal in Badminton, Geeta Phogat, Alka Tomar and Anita Tomar in wrestling, Somdev Devvarman in tennis, Krishna Poonia in discus throw set the stage for bigger achievements. However, the biggest performance came from Gagan Narang who secured four golds in shooting, who added to the 101 medals won by India – the largest medal haul ever!

Indian shooters have always been our main medal hunters in many Commonwealth Games. However, in the 2006 CWG held at Melbourne, our shooting stars captured 16 gold, 7 silver, and 3 bronze medals. Samaresh Jung won five golds, one silver and a bronze in men’s 25m centrefire pistol, 50m pistol, 10m air pistol and 25m standard pistol events. For this clean sweep, Jung was given the ‘David Dixon Award’ for the most outstanding athlete of the 2006 Commonwealth Games.
Surprisingly, Samaresh Jung’s wife Anuja Jung added a gold and a silver to the family collection with a victory in the Women’s 50m Rifle Three Positions Individual event! The other stars of the games were Abhinav Bindra, Gagan Narang and Rajyavardhan Singh Rathore, who went on to win many medals in Asian Games and the Olympics. However, Anjali Bhagwat, who won four golds at the previous edition, had to satisfy herself with just a silver! 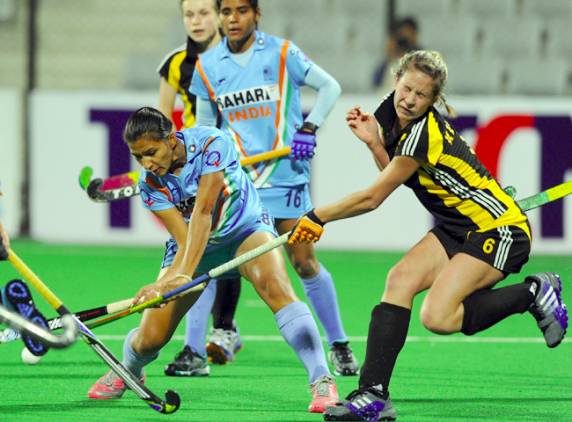 While the Indian men’s hockey team garners the spotlight with its non-performance, the women’s hockey team has been silently winning laurels at numerous occasions. While names like Mamta Kharab, Suraj Lata Devi, Jyoti Kullu, Joyoti Sunita, Suman Bala might not raise eyebrows among Indians who don’t follow hockey, but the name ‘Chak De India’ surely does register a missed heart beat! While everyone is familiar with the Yashraj Films’ movie, very few know that the movie was inspired by the golden run of Indian women’s hockey team during the 1998-2006 period.
It all began with a surprise silver medal at the Bangkok Asian Games in 1998. However, the spectacular gold medal win at the 2002 Commonwealth Games at Manchester, including the golden goal in the final against the hosts, England, became the talk of the nation. The underestimated women’s hockey team led by Suraj Lata Devi had its dream run by beating New Zealand 2-1 in their semi-finals, 1-0 in the quarter final against South Africa, along with 1-0 win against Canada , 3-0 against New Zealand and a 1-1 draw against England in the pool games.

Weightlifting was another sport where India held sway, winning numerous medals for the country. In fact, Indian weightlifters dominated the proceedings in Commonwealth Games in the early 1990s. India produced a series of weightlifting champions such as Murgesan Veerasamy, Badathala Adisekhar, Dharmaraj Wilson, Arumugam K. Pandian, Satheesha Rai who went onto to win gold at three consecutive Commonwealth Games in 1990, 1994 and 1998. It is surprising to see so many South Indians dominating this sport!

However, you would be more surprised to know that there is a secret behind Indians winning so many medals in weightlifting. No, no, I am not pointing at our drug-enabled performance! That’s another issue altogether. It is because weightlifting at the Commonwealth Games has three different medal categories: Snatch, Clean & Jerk and Overall, whereas in all other major sporting events, these categories are combined. So our athletes can win thrice in their own sport!

The 1990 CWG held at Auckland brought many laurels to India in terms of 13 gold, 8 silver and 11 bronze medals. However, this sporting event marked the darkest history in Indian sports. Indian weightlifter Subrata Kumar Paul became the first athlete to fail a drug test in the 60-year history of the Commonwealth Games. Subrata Paul, who had won two silver medals and one bronze in the 67.5-kg category, was disqualified for using anabolic steroids and his medals were taken back. Sadly, the memories of this dark moment had a relapse in the 2010 CWG, when our athletic women’s 4 x 400m relay team was caught doping!

At the 1982 Commonwealth Games held at Brisbane, India found its star in Badminton men’s singles. Syed Modi had been the eight-time national champion and had also won the bronze in the Asian Games held in the same year. So obviously, he was the man to watch out at the 1982 CWG and he didn’t disappoint. Syed Modi beat England’s Nick Yates, 7-15, 15-5, 15-7 to take home the gold medal in men’s singles. This win didn’t cause much flutter in the Indian media, but what happened after that etched a ghastly memory in everyone’s mind!

At the prime age of 26, Syed Modi was shot dead on 28 July 1988, as he was coming out of a stadium in Lucknow after a routine practice. A brilliant career was cut short and a severe blow was dealt to Indian badminton. The murder caused much controversy since police suspected that his wife and Amita Modi and local politician Sanjay Singh were involved in it.