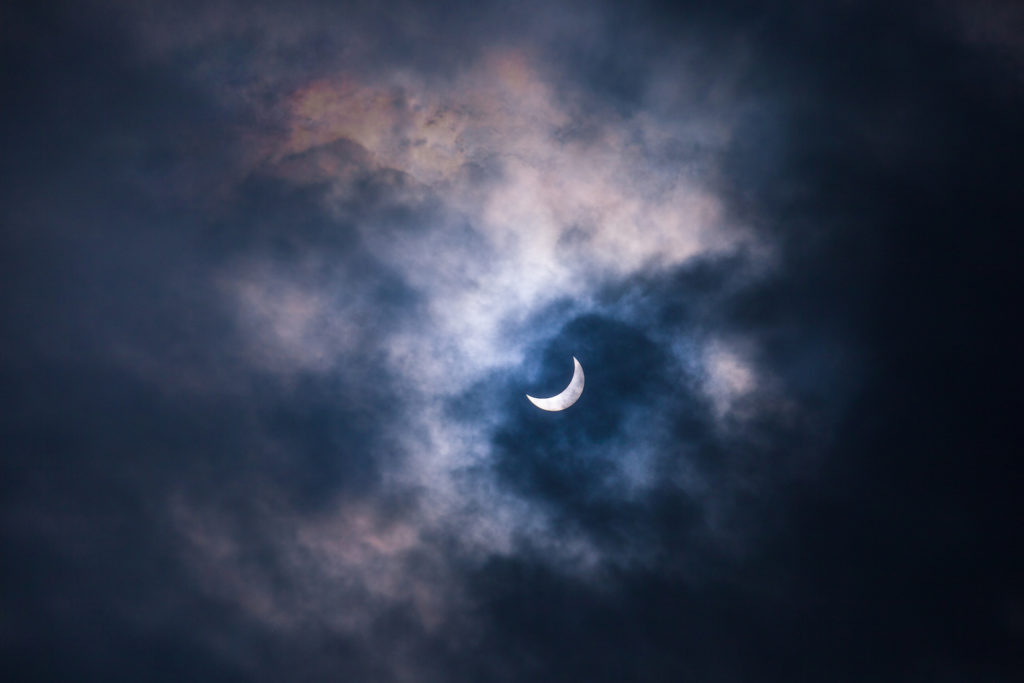 A lunar eclipse, on the other hand, is a result of the earth’s alignment with the sun, wherein the earth casts its shadow upon the moon, and blocks sun-rays partially if not entirely, from reaching the moon. Such an occurrence happens only on a full moon day — causing the moon to grow dark, yet illuminated in a reddish halo, like the recent lunar eclipse, which was seen by people from Asia and Africa on the 15th of June for a few hours.

A superstition as defined by a lexicon is “an irrational belief arising from ignorance or fear”. Centuries of civilisations have seen and practised many such superstitions linked with a solar or a lunar eclipse. Strange events cause strange reactions, and so eclipses led to the emergence of a plethora of superstitions, myths and legends. When science wasn’t as advanced, when people weren’t sure of what caused these eclipses — different cultures came up with their own unique ideas. The Chinese created tales and myths about dragons or mythical monsters eating up the moon and the sun during an eclipse. According to the Hindus, Rahu and Ketu, two invisible planets eat up the sun and the moon on rare occasions that cause an eclipse. In Japan and India, some people still bang pots and shoot guns during an eclipse to ward of negativity; because they consider its origins abnormal. As per the Bible — when the moon turns red, that is, in case of a lunar eclipse, the apocalypse shall come.

There are some common and not-so-common superstitions about these eclipses. In Hispanic culture, pregnant women must not step out into lunar light, and must wear something red during a lunar eclipse, preferably a red cloth tied lightly around their stomach or possibly a safety pin attached to something red on their clothes. And this must be followed even when an eclipse occurs in some other part of the world. Some cultures even perceive an eclipse as the end of the world. Even in India, one must not eat cooked food during a solar eclipse or a lunar eclipse. Indians also consider it inauspicious to drink water during a solar or lunar eclipse. Some do not even take part in ablutions, and take a bath before and after the eclipse. Covering food, water etc with basil leaves during any of the two eclipses is supposed to ward off negative energies of an eclipse. Pregnant women are especially made to practice caution by following all of the above so that no deformity is caused to the foetus because of the eclipse. Expecting mothers are also not to touch metal, or water during an eclipse or to venture out of the house at all. The best solution given to them is to sleep the eclipse out or to simply pray at home. For others, watching an eclipse with naked eyes is completely forbidden. Rationally speaking, it would be illogical to see a solar eclipse without proper safety eye-gear, because of the ephemeral nature of an eclipse, the power of sunlight, and the sensitivity of human eyes.

One can’t absolutely ignore some of these superstitions — they have been around for years and have survived in the human psyche as traditional beliefs. Modern science, however, does not support such assertions, and guides us not to believe in any irrational fear. Natural disasters and eclipses are not to be linked either. Buoyed by scientific disparagement of superstitions, people even go outdoors to view these rare eclipses nowadays. However, it won’t harm anyone from taking sufficient precautions during an eclipse according to their own common sense, family beliefs, and superstitions. Therefore, choose your current beliefs and superstitions regarding these eclipses with care, but don’t ignore science either.