The Economy of ‘Change’

The only thing permanent in life is change. This veritable fact is omnipresent except in the wallets of people and cash boxes of shop vendors in India! I am talking of none other than the ‘loose change’ or the seemingly vanishing government minted metallic discs of our currency called ‘coins’. It is a loss almost every Indian consumer bears each day, which has now been accepted as a way of life. Similar to our prevalent bribe-fed bureaucracy, a unique Indian culture of vanishing loose change has laid its roots in our blood.

Ask any kirana store to return your remaining change and the familiar reply would be, “Sir, khulla nahi hai”; and thus goes the invisible change into the shopkeeper’s pocket as though a wireless transaction deposited it by that three-word verdict! Consumers unconsciously suffer this ‘minor loss’ everyday. 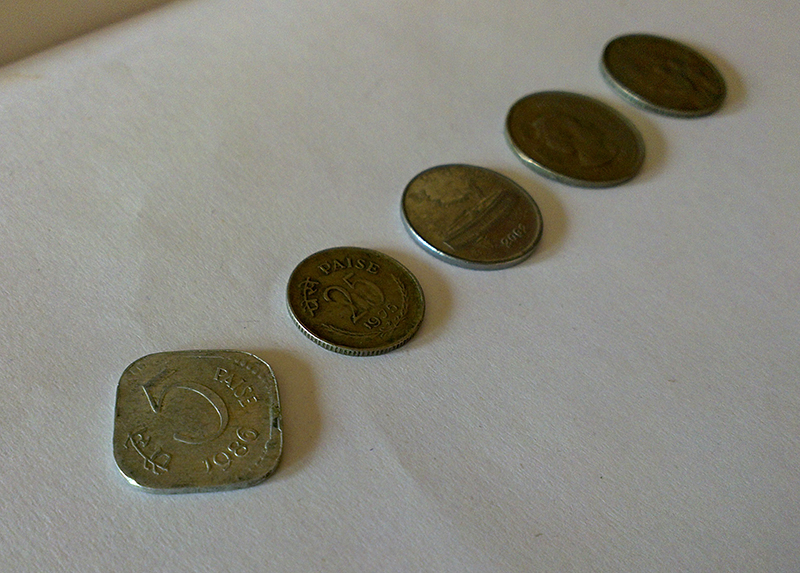 I fail to understand the depleting nature of coins and their destiny in our inflation. Shopkeepers don’t seem to have them and we don’t have an option but to allow the price of commodities virtually rise by a few rupees. It appears to be a universal phenomenon across India that adds to the woes of its citizens. Even if I hold a bag of fresh coins from a bank and use it to tender exact change at the shop, it does not help. A day soon comes when I run out of coins and I am back to the conundrum of the vanishing change. I cannot be visiting the bank every time as it costs time and money for each visit. I am left to wonder why we face this situation everyday and is there a black hole in our economy where the coins disappear into?

During my recent visit to Germany, I was amazed to see the bountiful “akshaya patras” in grocery shops, which were always full of coins. No matter how small the change was, the shopkeeper would return exactly the required money to the cent. Even 1 cent coin is prevalent and used to its utmost capacity with due respect to its position in the economy! 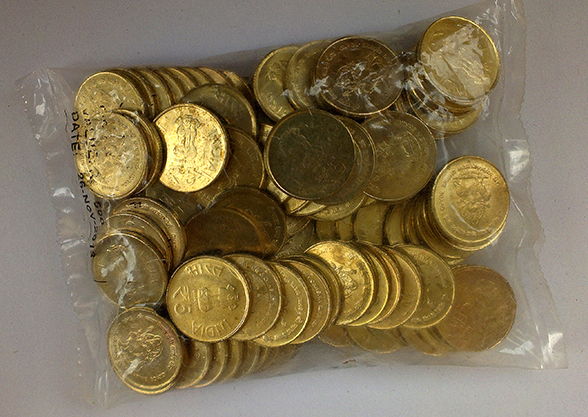 India has already abolished the lower denomination coins (25 paise and below) due to their increasing cost of production. Of course, I cannot draw a comparison between the two vastly different countries, but look at the impressive sense of respect and accuracy conferred to the value of money. Every hard-earned cent or paisa has some value attached to it, but sadly in India we are devaluing the lower denominations (even rupee coins) from our own pocket.

As per current estimate of the Indian population of 127 crore, around 66% are in the productive age group of 15 to 64 years. Since there are some irreversible movements of coins to beggars and temples in India, we can assume a lower percentage of consumers. Even if we consider only 30% of this age group as consumers, having one transaction with a vendor per day i.e.25.146crore of population, there is a loss of Rs.25.146crore per day if each consumer loses an understated 1 rupee per day! 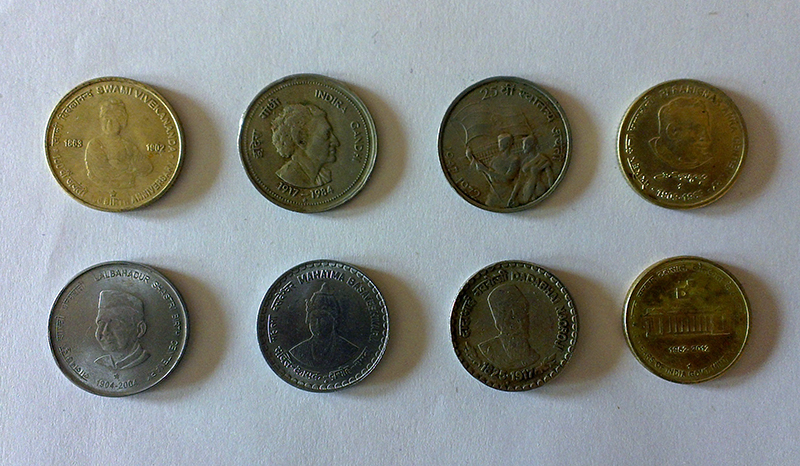 Even if my theory of loss appears overstated and the lack of correct tender by shopkeepers is not always true, you would agree that we do suffer a loss at a mammoth scale of at least few crore per day, not to mention the loss due to “tips” and the “Sir, chai paanika…” public toilets and other innumerable places in India that are now left mandatory to bribe!

At such a magnitude of loss, the new age “coin” economy becomes a force to reckon with, making its presence felt in every common man’s life. Money is certainly being siphoned away from the pockets of consumers. Where is the money going? Is someone hoarding coins at home or are they melting them to extract the metal for trading?

Money of such magnitude if collectively saved could perhaps be well spent on the needy or to lay better roads or better healthcare and education to the deprived. At the least, families like mine would have bought those expensive onions in the recent past – essential for everyday cooking! Just as every drop of blood matters, so that every currency coin in our bleeding inflationary economy.