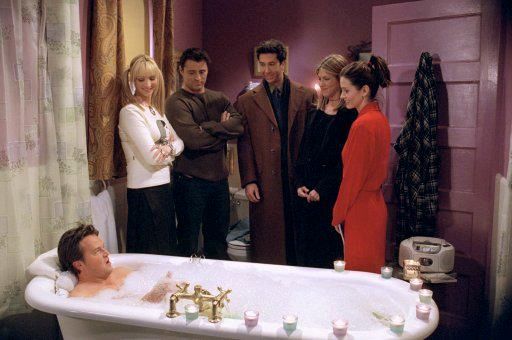 Do you know who Monica, Ross, Chandler, Rachel, Joey, Phoebe are? If you are a person of the 1990s or before, you sure do! What comes to your mind when you picture the six friends of F.R.I.E.N.D.S. TV serial? You might imagine them sitting at Central Perk, cafe chatting about everything under the sun – boyfriends and girlfriends, failed marriages and day-to-day occurrences.

Now, picture four male friends playing video games, board games, reading comic books, while eating from take-out boxes. They talk not only talking about everything under the sun, but also over it. That’s “The Big Bang Theory” (TBBT)! Looks like there has been a drastic change in the Emmy award winning sitcoms over the last decade.

Our present day generation that no longer finds its ultimate comfort in finding a partner is concerned with personal achievements. This gets highlighted when we see an audience cheering to group of nerds. The characters in TBBT are academically qualified, high achieving men in comparison to Friends where Ross was the sole ‘academic’. Monica, the competitive one in the series wasn’t highly qualified either. Rachel’s character gets a career break only at the age of 28. Phoebe remains a masseuse, and Joey, a failing television star. Chandler’s profession was the most talked about, whereas he was the one earning the big bucks.

The central theme for Friends concentrates on love affairs and friendly banters, whereas TBBT circles around individual characters the glue being, science. Friends portrayed a social life that was comforting, cosy and caring, which we miss in TBBT, where almost every character is sarcastic with one another. The men in Friends were less socially awkward than the men in TBBT. At least they were not suffering from selective mutism!

We don’t see academic inferiority complex among the characters in Friends when Ross exultingly talks about his research papers. However, in TBBT, Penny falls prey to demeaning insults (Gorilla, slave to biological urges!) very often. Every good looking character displayed on TV has some sort of attitude and charm. Unlike the blonde cheerleader and prom queen Rachel who bullied her contemporaries in school, Penny in TBBT is gentle, nice, sweet and welcoming. There’s no reason for her to tolerate Sheldon’s snobbish sarcasm!

Parental interference is well portrayed in TBBT something I appreciate immensely; the outcome of tumultuous upbringing can have profound effect over people, something that is not very deeply projected in Friends.

Altogether, both the sitcoms, of different time frames, cater to different audience. While TBBT makes me laugh and think, I realise the urgent need for friendly relationships, how a comforting shoulder is better than a condemning advice. After all, we don’t make friends by judging their IQ, we see their heart!

While I say this, I deeply regret the great Indian mega serials have completely avoided talking about or dealing with friendship as a relation. There is a wide variety of ‘rishtey’ (relationships) portrayed on TV sitcoms today, but none catering to the theme of friendship. Anyway, I hope this Friendship Day, we as a nation will stop obsessing about Saas-Bahu relationships and move onto more friendly relationships!