Home Away From Home, the Kenyan Indians 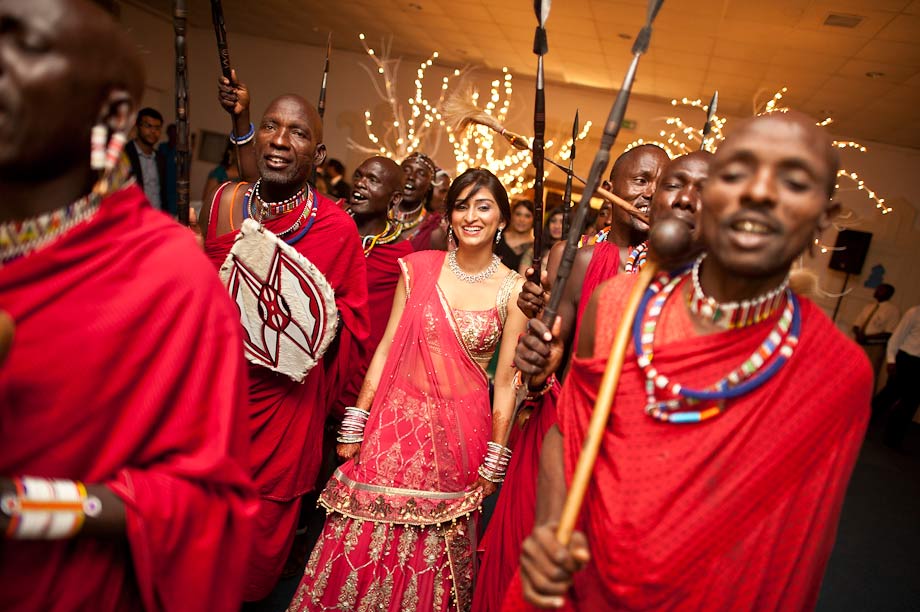 Walking on the streets of the capital of Kenya, Nairobi, and you will be intrigued to see shops dotted with Indians, who are locally referred to as “Wahindi” and “Muhindi”. Are they Kenyans and do they consider themselves as Kenyans? Yes, they are Kenyans who were born and raised in Kenya, though they have ancestral roots in Asia. Kenyan Indians are normally referred to as “Wahindi” (plural) and “Muhindi” (singular), the nicknames given by indigenous Kenyans.

Origins of Indians in Kenya

Most of their ancestors settled in modern Kenya during the British colonial rule, when the construction of the Kenya–Uganda Railway was undertaken between 1896 and 1901. The indigenous population were resistant to the British efforts thus, Indian labourers were brought in large numbers to carry out the railway construction. After the railway construction, these Indians decided to settle in the then British East African Protectorate, which covers the region of the modern Kenya, Uganda and Tanzania.

After the Second World War, Kenyan Asians began handling all kinds of occupations, ranging from business, the police force, bureaucracy and other service professions in Nairobi and its surroundings. Their commercial contribution led to the steady economic development of Kenya and the rest of East Africa.

History indicates that Kenyan Indians wholeheartedly participated in the struggle for Kenya’s independence, thus reaffirming their patriotism as Kenyans. Some of the well known Non-Resident Indians in Kenya are:

Kenyan Indians, though they constitute 1% of the Kenyan population, they control a much larger share in the country’s economy. The Kenyan Asians’ community makes a substantial economic contribution to the larger society and they are found in almost all sectors of the economy. Most Wahindis are in private businesses and they have formed large business groups to keep them together. They have business ventures in all the major towns of Kenya – Kisumu, Mombasa, Nairobi, Nakuru, Eldoret and Kakamega. Even rural areas are not left behind; Wahindi has moved into rural areas to invest in small and big businesses as well.

The problem with the ordinary Muhindi is (ordinary Kenyan Indians who do not manage big businesses or in politics), they just live in their own bubbles and refuse to participate in the country’s governance. Later, they cry foul when they are treated differently, or when they are told that they are “not Kenyans”! Visiting Kenya in the 1970s, the renowned writer V S Naipaul referring to the inward focus of the Asian community, commented that “the Indian in East Africa brought India with him and kept it inviolate”.

Most Wahindi have settled in Kenya, have tentative roots there; made investments in properties and even buried their loved ones there. However, they are still afraid to love Kenya too much in the fear that their love might be stamped out by a steel boot. So by staying inside their cocoon, they think they are protecting themselves from being hurt. Some of them feel helpless… not feeling Kenyan yet having nowhere else to call home!

No matter how long Wahindi have stayed in Kenya, they don’t feel welcomed in their land of birth – Kenya. Some indigenous Kenyans view Kenyan Indians as exploiters. They are stereotyped as mean businessmen, who pay low wages to their workers and are exploitive in business.

Relation with indigenous Kenyans
When it comes to building relationships, Kenyan Indians do not like intermarrying with locals. They prefer marriage among themselves to keep the family lineage alive. Parents discourage their youth from getting intimate with indigenous Kenyans, but there are a few cases of those who rebel and get married to Kenyans. On Sundays, they break from their routine of running businesses and gather together with their entire families in those business groups in order to bond. This bonding helps them to feel at home.

Do They Miss India?
Kenyan Indians, especially those who are idle miss India very much. They think that, maybe, if they were in India, life could have been better than it is in Kenya. But is this true? If hardworking Indians are comfortable in Kenya and are competing favourably with indigenous Kenyans, then notion of having a better life in India is contradictory. As long as they are lazy and not ready to hustle in life, even taking them back to India and showing them their roots won’t help much. Today, anybody can settle anywhere in the world and be successful. Home is all in the mind; the world has become is a global village!