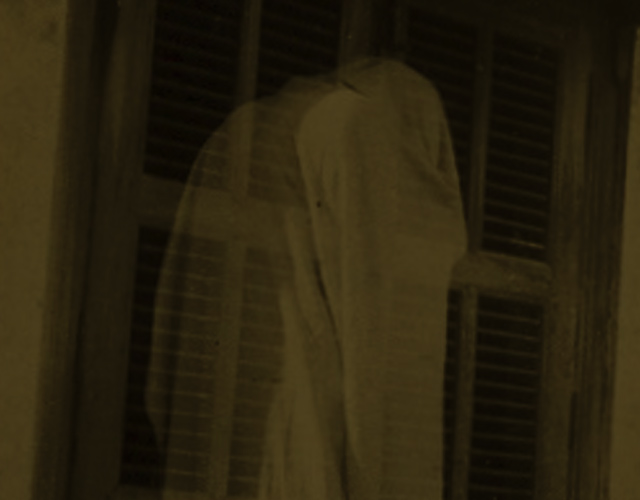 A couple of times in a year we made a trip to Pilibhit where my paternal grandmother lived. Travelling by car from Delhi to Bareilly, we passed Moradabad, Rampur and other towns on the way. Those long journeys had a comforting feeling, a sense of warm, benign religious presence in the shapes of mosques and shrines of Sufi saints which one passed along on the way, overlaid in a Hindu matrix. Neither seemed daunting or threatening. Or so it seemed. The crossing of the Ganges at Ramghat, a few kilometres before Gajraula, where the devotees, sadhus, and sants, some smoking chillums and wearing saffron clothes, were gathered on the river banks.

Slipping into a reverie, I used to think that perhaps one among those thousands who thronged the ghats could be a business tycoon, who had given up all his worldly possessions and come to meditate and seek salvation on the banks of the holy river. Who could tell? Perhaps, in the sea of humanity present on the ghats, there was a Siddhartha-like character searching for the truth. Perhaps, one among the saffron-clad souls, appearing like a tiny speck from the moving car as it crossed the bridge, was a Raju Guide type character (the central protagonist in R K Narayan’s famous English novel, The Guide)—not really a sadhu but, by the saffron clothes he wore, only looking like one.

I wanted to run to the farthest man on the river bank and talk to him but the car just sped along giving such snapshots, leaving me with no time to know anything more.

As I remember it from my childhood days, Barielly seemed like a typical, dusty, dirty town of western Uttar Prdesh, though it also has a large cantonment area which is quite neat and clean. But the areas that I visited, my aunts home,  had a typical small town feel with clusters of houses grouped into mohullas. There were only a few open spaces within their midst and surprisingly very little vegetation, except for the occasional gnarled neem, imli (tamarind), and peepal trees here and there, with a kite stuck in the branches—the proverbial kati patang, and a barely visible little green bird (coppersmith barbet), situated deep within the branches of the tree, calling out toot toot toot on hot summer afternoons. It all seemed to come out from a poem. Maybe a nazm by Nida Fazli.

Since the bazaars of Bareilly had figured in a popular song ‘Bareilly ke bazaar mein jhumka gira re’ (from the film Mera Saya) I used to wonder what was so special about them. But when I put this question to locals, they just hemmed and hawed and failed to come up with any convincing explanation.

Pilibhit, close to the Himalayan foothills, known as the terai, is about an hours’ drive from Bareilly. My father’s ancestral house was located here. At some point in time, his family may have been well off, possessing jagirs (revenue collection rights) from villages and orchards in these parts till zamindari was abolished. At some point, his house must have been a large haweli, probably constructed around the turn of the 19th century or maybe the initial decades of the 20th century.

But I remember, right from our childhood days, that most portions of the house had been encroached upon and were therefore out of bounds for us.  In fact, three-fourths of the property had been encroached upon; some by refugees who had fled from Western Punjab after partition and the rest by relatives of all hues and in one case a tenant (squatter) who refused to vacate the premises. The quarter where my grandmother lived then was actually the zenana (the female quarters, but more appropriately, the living quarters) or what was left of it.

In its original form, our house in Pilibhit had a typical structural plan. A part of it was what was known as the ‘baithak’ or the drawing room where male guests, usually those who were not family members, were entertained. (Though this had been encroached upon by one of the relatives, we were allowed to see it.) The entrance to the outside door was through an L-shaped vestibule, which always had a sweet musty smell of damp earth that had not seen the sun for decades. It led to the living quarters through an inner door, located close to the kitchen (bawarchi-khana) and a small courtyard. The living quarters consisted of nothing more than long, rectangle-shaped rooms with kothrees (small box rooms) at either end.

The only vegetation in the compound was a guava tree and a kakroondah bush. On one side, near the kitchen, was a stairway (zeena) which led to the kotha (roof) which had a single room, littered with old newspapers, books, and magazines, belonging to our uncle. Rumour had it that the roof was haunted, but this was probably a ruse devised by the elders to discourage children from venturing to the roof at night, especially since one part of it was damaged and on the verge of collapse. Yet tales of strange apparitions having been seen on the roof continued to circulate and there was no end to it.

In the nearby town Badaun, where relatives from the maternal side lived, one got a strong feeling of having boarded a time machine and gone into a bygone age. Many of the buildings seemed quite old and their construction, of the thinner ‘Lakhori bricks’, seemed to testify to their age. I remember small pathways leading to the market, snaking their way through mohullas. Men pushing trolleys with film hoardings displayed on the sides and the immensely popular Mohammad Rafi song, ‘Baharon phool Barsao, mera mehboob aiya hai’, being played on full volume by an old style record player placed on a thela (carriage).

Yet another aspect of Badaun were the exotic tales associated with it—stories of treasures, golden mohurs (asharfi) lying buried in pots in secret vaults inside old houses. A family having in its possession a copy of the Holy Quran handwritten by the Mughal emperor Aurangzeb himself. Old sepia pictures of people carrying swords, wearing 19th century dresses and head gears, lying in cupboards and inside wooden boxes. An old mosque in the neighbourhood constructed during the reign of Iltamush. A town which had the double distinction of being the birthplace of the great Sufi Saint Hazrat Nizamuddin Aulia and later being in the forefront of the 1857 Rebellion, all added to the charm of Badaun. It is likely that tales of pots of golden mohurs being buried in secret vaults could have originated at the time of the rebellion since the atmosphere during those days was one of loot, arson and theft and people may have thought it wise to hide their family wealth underground.

As children, though we knew nothing about the 1857 Rebellion or Gadar, we sometimes heard elders talking about it, mentioning it in passing remarks such as, ‘Gadar ke zamane mein . . .’ (‘During the times of the Gadar . . .’) Such stray remarks aroused our curiosity and I along with a childhood companion, Faizee, once tried our best to initiate a serious discussion on this subject with an elderly looking person in the house with a flowing, white beard and wrinkles on his face. We thought that since he looked ancient therefore he must know something about the Gadar or maybe had seen it all with his own eyes. But this elderly gentleman, or for that matter some others, obviously had nothing much to say on the subject and our curiosity about the 1857 uprising temporarily took a back seat.

Indeed, Badaun seemed a quaint place with many secrets buried and old houses inhabited by jinns—the fire people, stories of which circulated freely. Certainly, not all of these stories could have been true. For instance, the story of a maulvi teacher whose students included, besides normal, human boys, also a few jinns (which we were told looked exactly like humans and so no one could tell them apart). It so happened that one day, while a class was in progress, the teacher asked a particular student—someone who happened to be a jinn, but was indistinguishable from the rest of the boys, to hand over a book lying on his desk to another boy who was sitting a few benches away. The jinn picked up the book but instead of carrying it he simply extended his hand, which began to stretch, and soon reached the desk of the other student, where the book was deposited. On seeing this, all the boys panicked and ran away.

Now, I know for sure that this story cannot be true, because several years ago, my daughter, when she was a school going child, recounted essentially the same story to me (with minor variations), having heard it from one of her classmates in school. So, clearly this is an invented story which just seems to circulate, and circulate endlessly across places, time, and generations and actually has no basis.