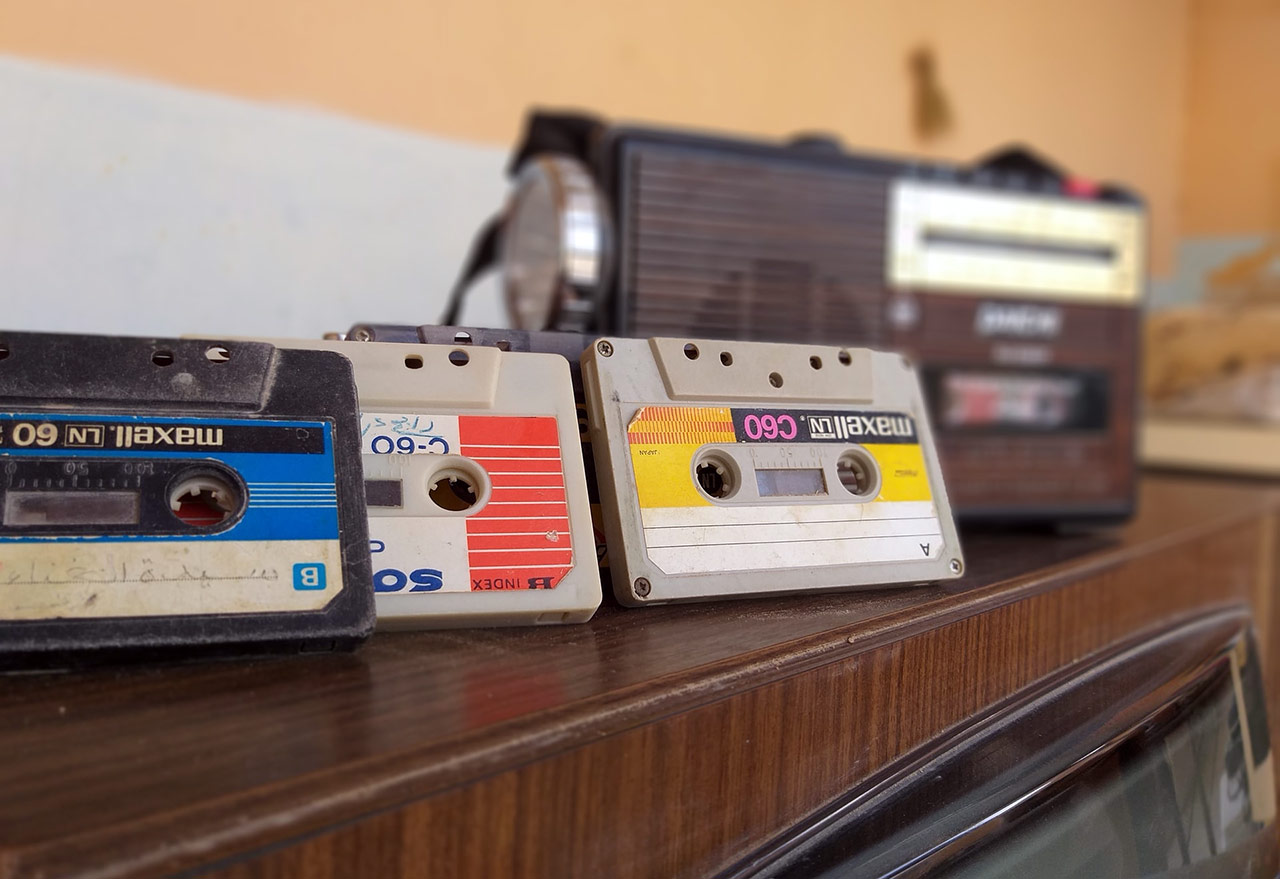 As a young boy growing up in 1970s India, my primary music source was Vividh Bharti, the national radio station. It mainly was Hindi film songs that dominated its airtime. Choice? What choice? We listened to what they played – and cherished it too. The radio’s frequent static and mono sound did not take away the enjoyment of listening to music in the comfort of our homes, in music heaven.

As much as Vividh Bharti loomed large in Indian households, we were a step ahead in the music game at our home. Our German-made Siemens gramophone record player not only made us envious of neighbours but also offered a luxurious experience in music in those days. At almost three feet tall and about two feet wide, this turntable was gigantic as far as music players go. My uncle, who had emigrated to the U.S., had left this proud possession behind for us, along with about a dozen LP vinyl records. Most of those records were Western classical music; it could have been Beethoven or Mozart, for all I know. To the young boy that I was, it all sounded like a background score.

But there was one record of the songs of the 1967 movie Shagird, which was the favourite of all in our fam­ily. I remember listening to the catchy tunes Dil Vil Pyaar Vyaar and Badey Miyan Diwane with great joy. Compared to the static-laden sounds of the radio, the crisp music—even though still flat and mono—emanating from those black vinyl records was an experience of delight available to a rare few in those days.

A few years later, my uncle, now settled in the U.S., gifted us a Panasonic audio cassette player on one of his visits to India. And that started a cherished indulgence for my brother and me. We would take a new TDK cassette to Rhythm House, our local music shop, to record songs of our choosing. At 20 rupees for this service, this was an expansive indulgence considering our limited spending allowance in those days. But the payoff was a priceless privilege: we were young teens who could now own music personally cherry-picked by us!

It never occurred to us that spending an amount that called for sacrificing a good many ice-cream cones and video games at the parlour to get less than a couple of dozen tracks of our liking still left a whole universe of songs that remained unavailable to us. We were just tickled pink to have our curated music, no matter how limited in size. We would then play that tiny universe of songs repeatedly to the point of absurdity. I remember how the themes of Golmaal, the Utpal Dutt-Amol Palekar starrer comedy, played incessantly in my head even in the middle of school days. We had ordered those songs not because we thought that was great music, but because, I guess, that was what was trending at that time.

And then came a milestone moment in my musical journey. A new friend we made in the neighbourhood owned the latest, swankiest boombox. With its two prominent circular speakers, shining in all their metallic glory, the boombox not only looked way groovier than our modest and ageing cassette player but also boasted audio quality that was something to write home about.

That dazzling device was my introduction not only to stereophonic sound but also to Western pop music. I remember being blown away the first time I listened to ABBA on that boombox. Especially Voulez-Vouz!

We soon became addicts of friend’s growing collection of ABBA, Boney M., Michael Jackson and other icons of those times. For someone who had grown up between Indian melodies, these sounds of Western pop were downright psychedelic in their effect. Night Flight to Venus, in particular, I felt, accomplished its mission of transporting the listener to a place far outside the orbit of Earth, at least figuratively.

Fast-forward a few decades, and we had now notched up our music experience to a level unimaginable to our 1980s selves when we thought we were already at the peak of futuristic sounds. Today, our smartphones have the potential to provide us with 8-D surround sound audio. Top it with virtually unlimited choices of music from all around the world, earbuds with technology that would put to shame those fancy boomboxes from our past, and we now live in an age of musical nirvana.

On a recent Sunday, I perched myself, shirtless, on an easy chair on the deck of our suburban home in the U.S., intending to nurse my pain-riddled, arthritic body with some Vitamin D from the morning sun. Armed with my noise-cancelling earbuds and my subscriptions to Spotify and Gaana, I soon lost myself in a four-hour-long musical marathon that was as wild as it was satiating. As someone who enjoys good music in rare moods and by no means is a well-informed connoisseur of music, that morning, I made up for all those times in the car when I hadn’t listened to music (I prefer audiobooks or silence).

‘Wild,’ because of the extreme chaos of genres that I felt in a mood of mixing up. One minute I was playing Pitbull’s Give Me Everything Tonight,’ and the next, a classical bhajan by the timeless maestro, Pandit Jasraj. Sometimes you may be in the mood for a particular genre over some time. Still, there is a different kind of excitement in contrasting wildly divergent genres, one immediately after another.

In that single morning, I traversed a broad spectrum of music that included all of the following and surely more that I forget now: old Hindi hits, American classics from Frank Sinatra and Tony Bennett to Nat King Cole, ghazals, qawwalis, contemporary Bollywood hits, a cappella (Bobby McFerrin’s Don’t Worry, Be Happy), the fantastic contemporary music coming out of the Coke Studios of both India and Pakistan, and even some Persian classical instrumental. And since I was in the mood for experimentation, I also took in Barbershop Quartet and African American Choir songs. What is indeed wild is that the latter came in immediately following a beautiful rendition of Hanuman Chalisa by Shankar Mahadevan and Pandit Jasraj.

And did I mention the knock-out session between all of this, of the fusion of Zakir Hussain on tabla with Jazz drummer Eric Harland? Zakir is one artist, one genre, that I could happily do a whole four-hour stretch of. Not only is he a masterful virtuoso of his instrument, but he plays with his entire being. His dancing eyes and delightful facial gestures accompanying his brilliant improvisations during live concerts are a sheer joy to watch. His collaborations with diverse world musicians, each at the top of their game, are guaranteed mood elevators. And no one does jugalbandi—the playful, improvised interactions between two instrumentalists—like this Ustaad of the percussion. With playful aplomb, he teases out the best from his talented co-conspirators in any given concert.

Listening to Duma Dum Mast Qalandar by Nusrat Fateh Ali Khan is a treat in and by itself. What I felt, at least that morning, is that it is even more fun to listen to when it comes at the heels of Jerry Lee Lewis’s Great Balls of Fire!

Try it sometimes. Go on a crazy roller coaster of a ride in music constrained only by your imagination and your mood. No rules! Sitting on the deck on that warm, cloudless blue-sky day, I indulged in songs of white Christmas and loved it! That morning, even I didn’t know what was coming next till I was done with the track on hand.

Parthiv N. Parekh is the editor-in-chief of Khabar, an award-winning monthly magazine for Indian-Americans (www.khabar.com/about). His writing has appeared in The Atlanta Journal Constitution, The Hill, Huffington Post (U.S.) and other publications.