Munching on the streets of Mumbai

It was a cool pleasant afternoon and we were strolling around Mumbai. Strolling? cool? in the maximum city? Wait, correct that – rushing from one point to another, with a long list of locations trailing from my husband’s hand. This was his wish list of all lists. The 40 best places to eat out in Mumbai!
Yes, we do this in every city we visit and I follow him around, happily savouring the outcome of his research! Well, the point in question: we had 10 days in Mumbai and 40 places to visit; right from Ashok Satam’s famed vada pav to Akouri on toast at B Merwan & Co Parsi restaurant, to a MAFCO outlet of Bombay sandwiches – could we really do it?

When my husband had begun to draw up this list for our Mumbai trip, I had assumed that it would start and end at Chowpatty. But here we are, with a carefully researched list of names, hunting for a particular Parsi place in Fort Mumbai, which would serve yet another variation of Akouri on toast that he just HAD to try. We had begun looking for this place in the afternoon, after we devoured a plate of coconut and tamarind tempered shell fish at Trishna and later the squid session at Mahesh Lunch Home, in the Fort Area. And now, it was almost evening. 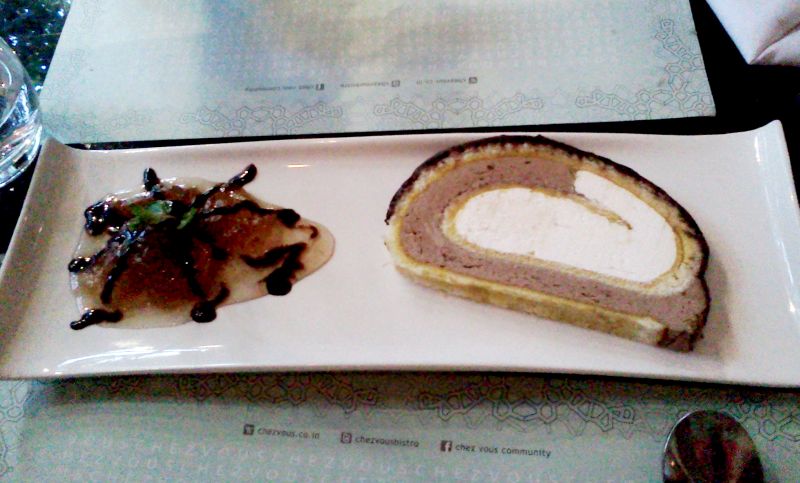 By late evening, we finally found this ‘hole in the wall’, and famished as we were, we quickly ordered the Akouri on toast that he was so eager to eat. The Akouri arrived, as did the ultra slim pieces of toast. He looked at it and I could see the look of puzzlement register on his face. Yet, he shrugged and wordlessly picked up the fork. Digging deep into the dish, he let it emerge with a sizable portion which he quickly put into his mouth. Then, looking up at the ceiling, he tried to decipher how good it was. And then it happened. His eyes opened wider and he made that face. The face. The face that told me something was wrong.
“What,” I asked?
“Oh my God.”
“What??”
“This tastes just like YOUR egg burji!”, which did not sound like a compliment at all! But rather than pound his head for dragging me half way across town – on foot – I began to laugh and the poor guy covered his face, utterly embarrassed! No more Akouri after that. 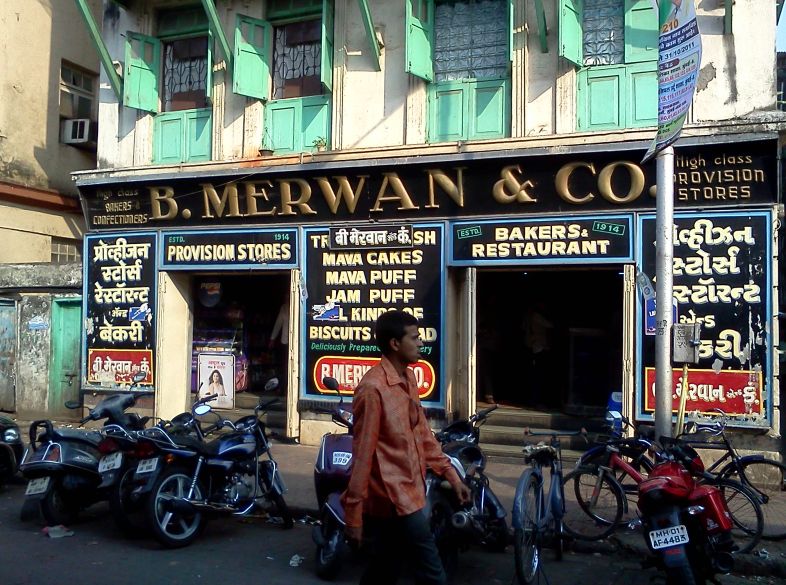 Later that night, we wound up at Bade Miyan after our horse carriage ride along the Marine Drive – the highpoint of our Mumbai trip. He ate the infamous Bheja fry and Boti kabab, while I ordered the less overwhelming Paneer roll. He suddenly remembered (after three consecutive nights at Bade Miyan), that I am a vegetarian. Note: good food does that to my otherwise considerate hubby!

So the next day, we landed up at Khau Galli, squeezed somewhere in the bylanes of Church Gate. The vegetarian fare was to die for. But that was not all. We made a trip to Chowpatty to try out the Bhel and it did live up to its reputation. He tried a spicy Maharashtrian dish named Misal pav, which went down well too! 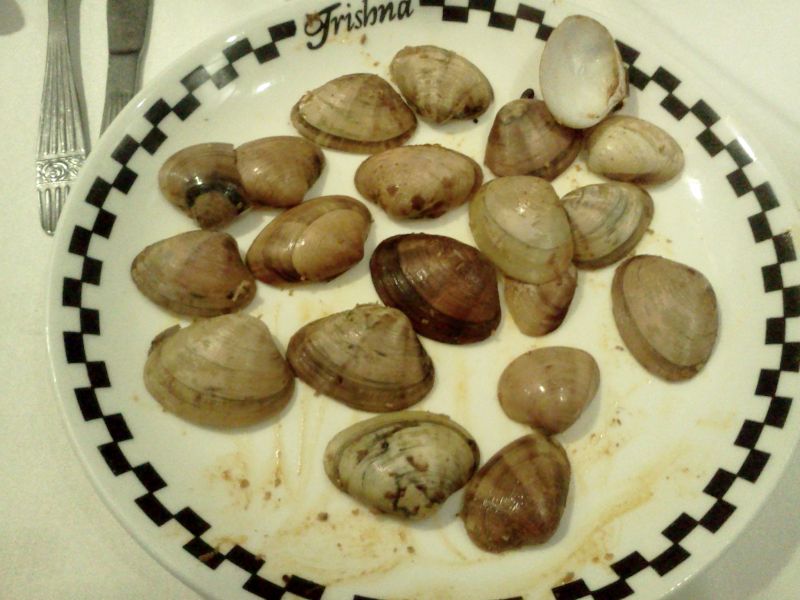 Next up was Ashok Satam’s famous vada pav. Again, the walks around Fort Mumbai began, during which I was frequently distracted by the second hand books being sold on the footpath. While we were picking up a few books, suddenly a whiff grabbed us. A yummy one. We turned our heads in unison to find scores of people emerging from behind a tree. With vada pavs in their hands. Ah! Satam – here we come.

Hubby being hubby, asked for the spiciest version of vada pav fired with a layer of red hot chillies, peanut and garlic chutney. He took a bite and I swear I could see the smoke escaping from his ears. Nevertheless, he finished it and even stopped by on the way to the guest room to grab another one! 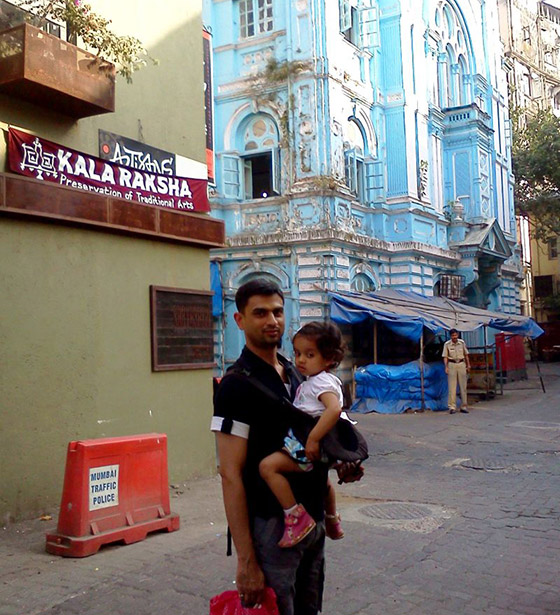 Mumbai My family at Kalaraksha

Well, thereafter we reserved our appetite strictly for shopping and wound up at Café Mondegar or Leopold’s Cafe at night. Street food or not, these cafes have that quintessential Mumbai feel – one that made you feel like you belong here no matter where you come from, or the time of the night. The jukebox, the people, the food, the waiters, the buzz – all so worth it. We went back to Café Mondegar every night after we first discovered it.

But of course, the glorious trip had to end. We staked out the best fine dining place we could see around us, and grabbed a seat. This time it was a little eatery by the name of Chez Vous, run by a Frenchman who kept checking if we liked the meal and needed anything else – very European treatment there. As the picture shows, the food was delish!

15 Best Dishes of India You Can’t Afford to Miss!