My first brush with High Court

As a student of journalism, I had got an opportunity to visit the High Court in Mumbai. I had assumed law courts were only frequented by criminals and lawyers. Fortunately, me being neither, I never had the opportunity to go to a court before. But this visit turned out to be quite enriching my general knowledge about our country’s judiciary.

So one fine day, I and my friends landed at the court gate. The security at the entrance was tight. We had to pass through a metal detector and our bags were passed through a screener. Anything suspicious was checked. It reminded us that this was the court premises which has seen numerous shoot-outs and gang wars in the last few decades. As we moved in, we could notice noisy commotion everywhere around. There were hundreds of ordinary people like us talking among themselves and with lawyers. Some were getting their case papers typed. While everyone was busy only we seemed a bit lost, literally and figuratively.

Then we randomly chose a court room, entered and quietly sat down on the audience bench. After all, it was the highest seat of law, and we were strictly instructed to maintain decorum. We were amused to see dozens of advocates moving to and fro, while some just sitting waiting for their turn. Frankly, we were a little disappointed that there was no ‘filmi-type’ courtroom drama going on. The lawyers weren’t arguing on top of their voices. They were speaking courteously, in such low voice we couldn’t hear anything! We also saw heaps of case papers lying on tables. No wonder it takes ages in our country to get a case solved. A helpful lawyer sitting beside us informed us that the judge was giving out dates for the cases of that particular day, to be heard later. Reminds you of “Taarikh pe taarikh”, eh?! I was more amused to see the judge just throwing the case papers back to the lawyers, without even reading or listening to what they had to say. 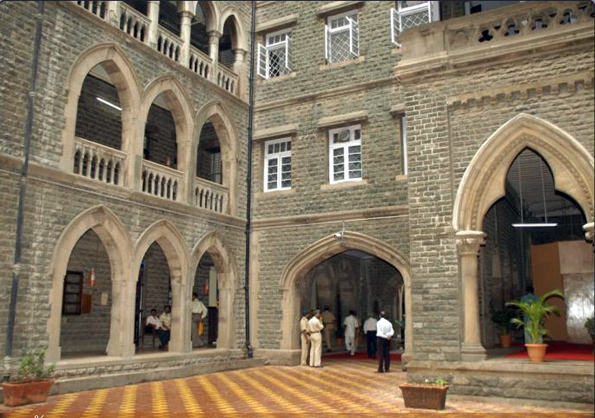 We got out of that room after 20 minutes and looked for someone who could guide us and give us some useful information. Luckily, we found one Mr. Rashid, a lawyer at the high court, and who was quite jovial for his sober profession! He took the trouble to show us around and explained how the court actually functions. To begin with, is the Affirmation Department where a where a plaintiff has to first file a case, known as a ‘civil suit’. Here, our case papers have to be signed in front of a court officer, to confirm that it is us who are filing the suit. Filing the criminal cases are taken care of by the police.

From there, the case papers are passed to the Lodging or Board Department. The officers there, known as associates of judges, verify the papers and see if anything objectionable is to be deleted from the papers. Once the mistakes are rectified, a ‘Pukka’ number, or the case number is given. Which means our case is now ready to be heard in the court. However, when that might happen depends on our luck. It is up to the judge to hear either one to ten cases in a day. Our lawyer guide told us that a 1972 case just got solved in 2008! 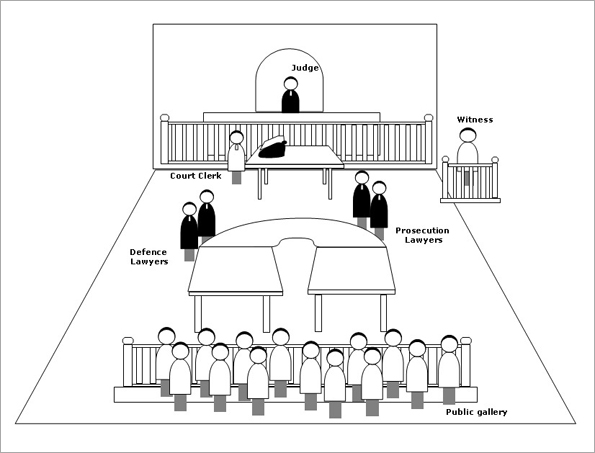 We then saw the Probate Department, which deals with the cases on personal and commercial wills. If we want to get a particular will executed, we have to file an application in the high court, and get a succession certificate. Only then can we get the benefits of the will. In case we want to file a case against the government (God forbid!), they have a different department. Here, we don’t file a suit, but a ‘writ petition’. Then there is the Appellate Court, which handles cases that were dismissed by a single judge at the first attempt, and were submitted for re-appeal in the same court. It is then heard by two judges.

Law can be a very exciting subject to learn, especially if you have a liking for debate. But let’s not forget, it is a very serious aspect of a country’s functioning, too.

Talking about high courts, the Allahabad High Court bench in Lucknow which gave the Ayodhya verdict recently, is the only high court in india which has a bench in its capital city, but the main court is in Allahabad.

Another trivia on Ayodhya case – Bhaskar Das the mahant of Nirmohi Akhara, had filed the first petition seeking ownership rights of the Ayodhya land in 1959. Recalling those days, he said it was actually a Muslim clerk named Siddiqui Sahib who had typed the first petition on a Remington typewriter. Ironically even today, many court clerks use the same machine!