Imagine a girl in her early twenties, or just imagine yourself in your early twenties. Do you recall living in your head? Speaking and debating with yourself before either giving up or making a proud decision? It’s the time when you can’t seem to stop planning your life out; all those advices from everyone around seem so outdated and unnecessary!

The protagonist in this ‘hard-to-put-down’ book is just that. “SPEED Breakers” is set in the city that defines India – Delhi. Being a typical Delhiite, Tamanna is supremely confident that she has her life figured out. Tucked away in her huge mansion, Tamanna is a smart ‘dilli-ki-kudi’ living with her big joint family. The book begins with Tamanna and her kid sister Natasha bickering and talking about boys late into the night. As with any patriarchal family, Tamanna’s family isn’t very fond of girls talking to boys; her dad loves to flaunt his daughters to the world, but only in his own way. Love marriages are a taboo and 23 is the right age for a girl to get married.

However, all this doesn’t matter to Tamanna. She knows she is going to be married soon, surely to a rich guy that her family can find. She also knows that she isn’t the prettiest one around, right from acne to weight issues, she was battling it all. And yet she is the life of the family, a master storyteller and a super duper nautanki (drama-queen), this girl knows how to get her way with everyone. However, there is this one thing that plagues her. That one thing that is forever looming over head since she was kid, the one statement that she heard so often in the house that she didn’t even know what lies beyond those words. In fact you’ve heard these words a million times in your childhood too and yet, they send shivers down your spine every single time. 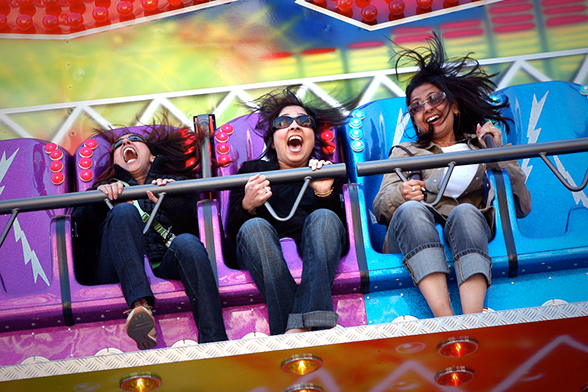 Girls need to have some fun | Courtesy: Photochiel

Life was chugging along as usual for Tamanna – dramatic stories, annoying little sister and those rigorous workouts; and then almost out of nowhere something unthinkable happened. In a flash, Tamanna finds herself obsessing about this guy, a handsome chatterbox who lives in the UK. Friendly banter and an unexplainable attraction have both of them longing for each other every day. Stuck in her traditional society, Tamanna knows that ‘love marriage’ is an unknown concept in her family. Can her decisions overcome years of belief and strict traditions? Will she stand up to her family or will she meekly surrender just like all her sisters did? Will the family realize that with the children being educated and getting familiar with a modern culture, its best to let them take their own decisions?

Simple English and an exciting narration hook you to this book. Tamanna’s affable character is very easy to identify with and you can easily imagine her home and her life with all its absurdities. This book makes no pretense; it’s a simple story that you would want to read. Apart from Tamanna and Ankit, there are several more characters that seem so alive: the cool friendly Chachu, the gossiping aunts and of course the crazy best friend. If you love chick flicks, then SPEED Breakers is certainly a book that you should get your hands on. After all who doesn’t love a good rom-com?

SPEED Breakers has been co-authored by Devangini M Chauhan and Akanksha Madan. By launching this book, our in-house author, infopreneur and army wife, Devangini has entered the adventurous world of book publishing! She has self-published this book through her own publishing house ‘And All’. Despite being novice writer, she has managed to achieve a lot of firsts with her very first book. The semi-biographical story of Speed Breakers comes from Akanksha Madan, a psychotherapist and tarot card reader. Click here to read more about the book –