The betel leaf or fondly also known as ‘paan’ is a ubiquitous entity in India, as well as Southeast Asia. Though the leaf itself is used for various purposes and occasions, the paan on the other hand includes the leaf along with other ingredients all coned up together to form the perfect digestive remedy after a good heavy meal.

Paan along with many other mouth freshening products is an essential item in many households. It is one of those idiosyncrasies that have defined a special space for itself and its influence is seen in social, economic, as well as cultural backgrounds. 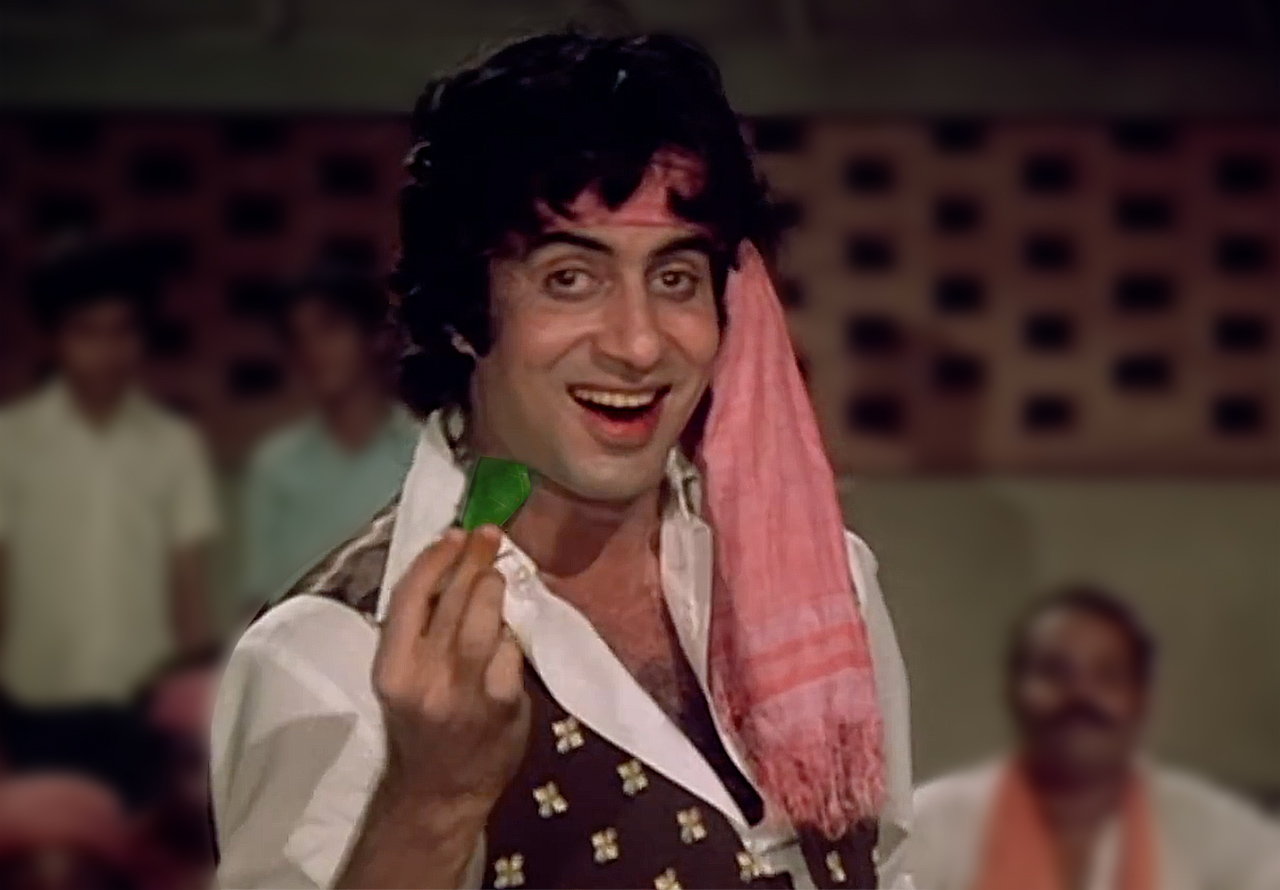 From Bollywood songs dedicated to the paan, to the multitude of paanwala bhaiyyas strewn across streets, the appeal of this freshening and distinct flavored green gastronomical delicacy is quite widespread. The chewing of the paan, is however, not only restricted to the Indian subcontinent. In fact, it is believed that the combination of the betel leaf and the areca nut first originated in the Philippines. Both the plants are said to be a native of Southeast Asia and Australasia.

It is this combination of the betel leaf and the areca nut that form the basic structure of the paan. It is also chewed with slaked lime or chuna along with mukhwas (mouth freshener), gulkand (rose petals) etc. Chewing of the paan along with the nut and tobacco, can lead to oral cancer. However, the betel leaf itself, is considered healthy and has various medicinal properties too. Experts in Ayurveda believe that the betel leaf helps cures diseases of the bile and air. It is a good digestive aid, antiseptic and a natural mouth freshener. In the earlier days, it also gave the lips of women a natural red color.

Though the paan is more or less restricted to satisfy the taste buds, it is the betel leaves that are rooted in the tradition and culture. The paan patta or betle leaves are used on various occasions across the country as a sign of good omen. In southern India, around Old Mysore, two betel leaves are usually presented to guests on special occasions. A betel leaf along with a coin and betel nut are also offered to priests and saints as dakshina in South India. 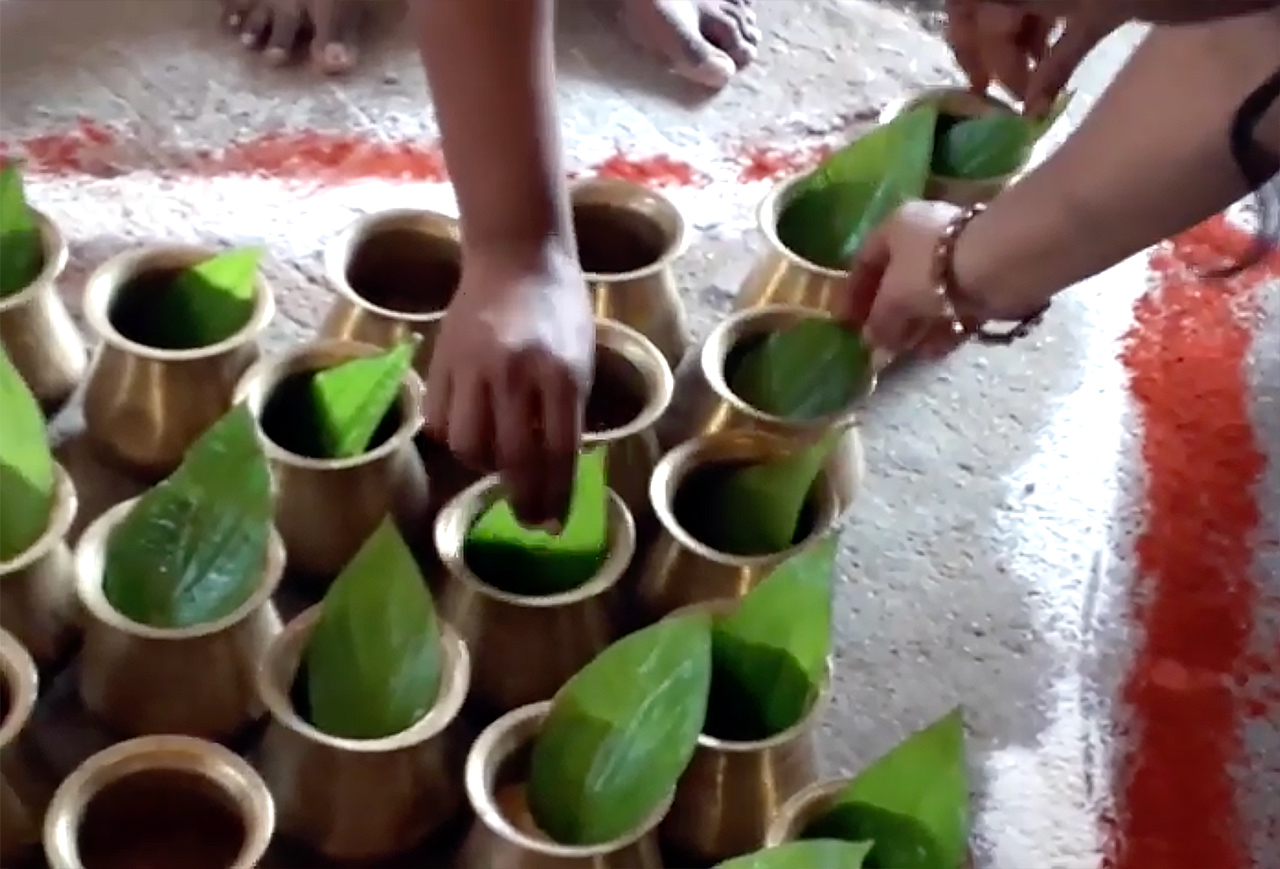 The kalash or pot is an important religious and cultural symbol that is used on different occasions, such as housewarming or marriages. Betel leaves are almost always used along with the kalash, even during the festivals of Durga Puja or Diwali.

Paan in the cultural milieu

The paan, though not as sophisticated as the advantages and traditions associated with betel leaves, nonetheless, impacts a strong cultural landscape. There are however, two sides to it. On one hand, paan chewing is harmless when done in a limited fashion without adding tobacco or the betel nut on every occasion. On the other, the red stains that are spat while consuming a paan are a huge nuisance in urban and rural areas. There are notifications on walls that request consumers to not spit, but albeit very few actually listen. And hence, on Indian roads, street and even inside buildings, finding paan stains is quite a commonality. Sadly, this is the largest influence that paan seems to have on our society.

Yet, the large number of paanwalas across streets prove its popularity. The mixing of various ingredients bursts with myriad flavors as soon as the paan is pushed into one’s mouth. The aromatic and therapeutic influence of the paan may seem a bit farfetched, yet those who consume it swear by its craving and refreshing addiction.

There are also many different types of paan. Some get their names from the place of origin, whereas, some recent additions are dependent on the ingredients used. Some of the different paans include Banarasi paan, saada paan, mitha paan, fire paan, maghai paan, chocolate paan and so on.

The betel leaf or paan is also known by different names across India. It is called Tamalpaku in Telugu, Beeda or paan in Hindi, Vetrilai in Tamil, Tamul in Assam, Kavala in Kannada, Naginiche paan in Marathi and so on.

Finally, the medicinal properties of betel leaf are a plenty. However, when tobacco and sopari or nut is eaten with the leaf too often, it might lead to health disasters. As long as the paan acts a mouth freshening device that is spat out in a civil way, its presence in the society can in fact, be quite heartwarming. The significance of betel leaves in tradition along with the bonhomie and comradeship that we all share with our paanwalas is perhaps the biggest contribution of this quintessential green leaf.