Postings: The Ailment of Every Army Wife 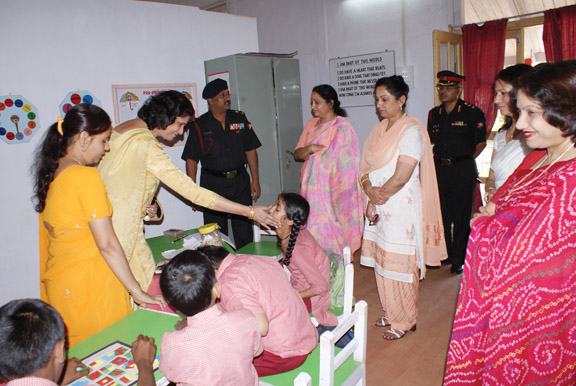 How would we describe an army wife’s life… Rather than tragical, I would say being an army wife is magical. What exactly makes it magical? One small word: postings. All the sweat and tears come and go as per this small word.

The armed forces, the Indian army in particular, take you through the length and breadth of the country. And sometimes, if you are lucky, abroad as well! Life changes for an army wife every two and a half years – sometimes, even less. I have heard countless “horror” stories where the officer would have just reached a station and his wife would have proudly unpacked her last box, when news of a sudden border posting would come through. The house gets packed once again in a span of five days and they set sail: hopes high, and the inconvenience completely forgotten. Well, then we have the various kinds of postings. Life has taken me from one hamlet to a smallish town and finally to the big bad city of Delhi. In between, I have seen Indore and one or two others places intermittently. Wellington was the high point all thanks to the gaggle of friends and the constantly bussing weekends that would start on Wednesday nights only to finish in the wee hours of the following Tuesday morning. If the army wives were missing something vital in terms of convenience and opportunity, they were too busy to notice. 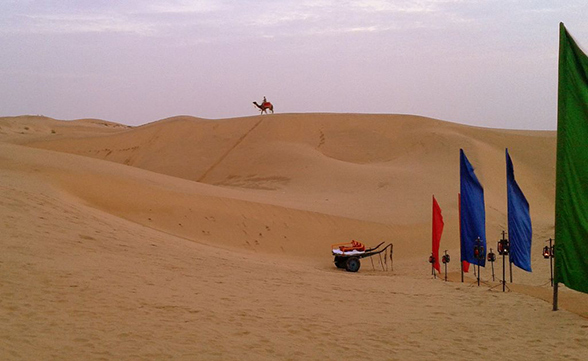 Notice you do when you are in tiny speck on the highway. Mirthal was one such place. Just like Jaisalmer. Just like Lalgarh Jatta. Just like the North East. Nothing visible for miles around except cattle, villagers, paddy fields or sand. So what do a group of six ladies (and their children), do there? Kept our inverters well charged so that we could face the eight hour long power outs with at least two fans and the TV (always the TV!), made ice cream at home because, ahem, the villagers had not heard of it (not until 2010 at least), and make do with badminton for entertainment in the evenings. 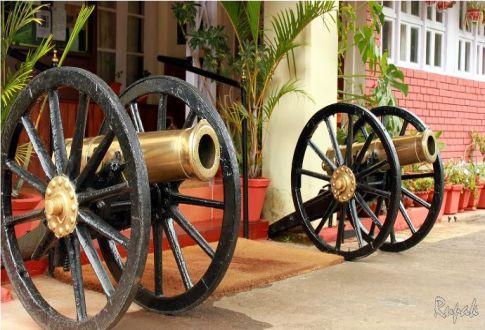 Yet, the quality of life was thriving. We were doing what a real army wife does: welfare. The jawans and their families flourished under our one-on-one care. We were given a free hand to decide on how we would help and educate ladies and kids from other ranks. The experience was always more than just satisfying; it created a bond, a sense of being meaningful to so many people. And for that, I only have the Indian Army to thank. And now there is Delhi. Where do I start? Delhi was, more than anything else, an eye opener. To begin with, it demonstrated just how hard life can be in a big city where everything is spread out. A trip to the grocers, for example, is never just a trip to the grocers. You drive through traffic, fight with the auto rickshaw driver about the fare, get there only to realise that they do not stock the milk you are used to. Then you finish shopping, sifting through the rubble of commercialization, and head to another place. Just for milk. That’s not all. There are no friends in sight. You might be used to the close bonding you enjoyed in Wellington, Mirthal, Jaisalmer, or even Pune cantonment: but now all that is over. As you shift accommodation every three months until you are allotted permanent accommodation, you realise it is already time for the next posting. But the brain of an army wife or an army brat takes to anything new in no time at all. And that is precisely what I am trying to do. I know there is the fear of getting too used to this; to the point of not being able to adjust to a smaller station! However, I am yet to come across an army wife who looks me in the eye and admits as much. Anyone who has been in Delhi before meeting you in that small station will always have a special light in her eye when she speaks of Delhi – even when speaking of the negative aspects. Yet, the memories are merely that, memories. Meant to be cherished rather than pulling you down when you reach that small station two years later. I think I’ll let Delhi wash over my Army wife soul before I move on to the next scene.

We Recommend…
Army Wives: The Unwritten Code of Military Marriage

We Recommend…
Guns, Guts and Glory: Stories from the Battlefield