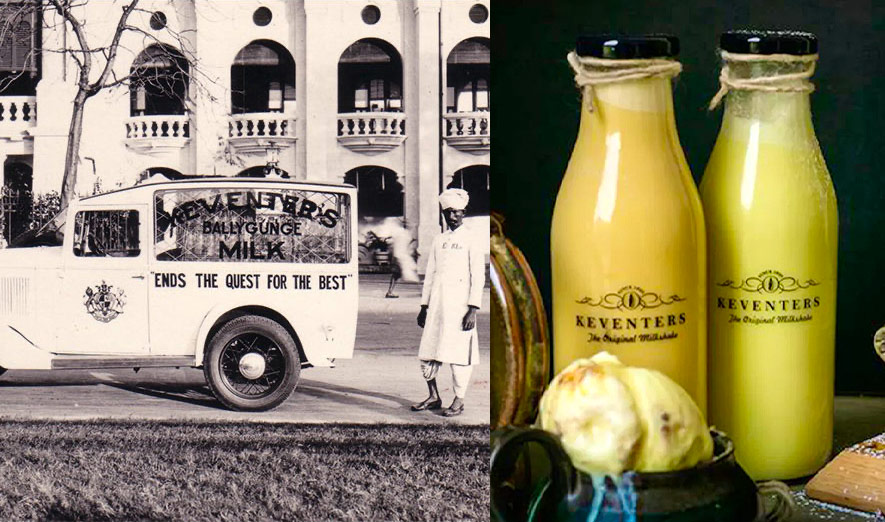 Connaught Place is one of the eternally busy hubs of the capital. Life palpitates here. It is a fairly frenetic business centre, a shopper’s delight and a reunion hotspot for friends. The Georgian-styled buildings stand tall as the colonial hallmark; the ever-crowded shopping spree station Janpath and the peaceful Sikh temple Gurdwara Bangla Sahib are some places to come home to. Amongst these hustling-bustling hubs rests a small but utterly popular shakes outlet, formerly called Keventers.

If you are a true Delhite, you would be aware that Keventers has been the original server of flavored milk even before it was cool. Strawberry, chocolate, butterscotch, cold coffee, vanilla (and many more) are some flavours that customers still savour on. There is a nostalgia in their shakes that Delhites still resonate to. However, in the recent past there have been too many Keventers outlets around the city.

What led to such an expansion? 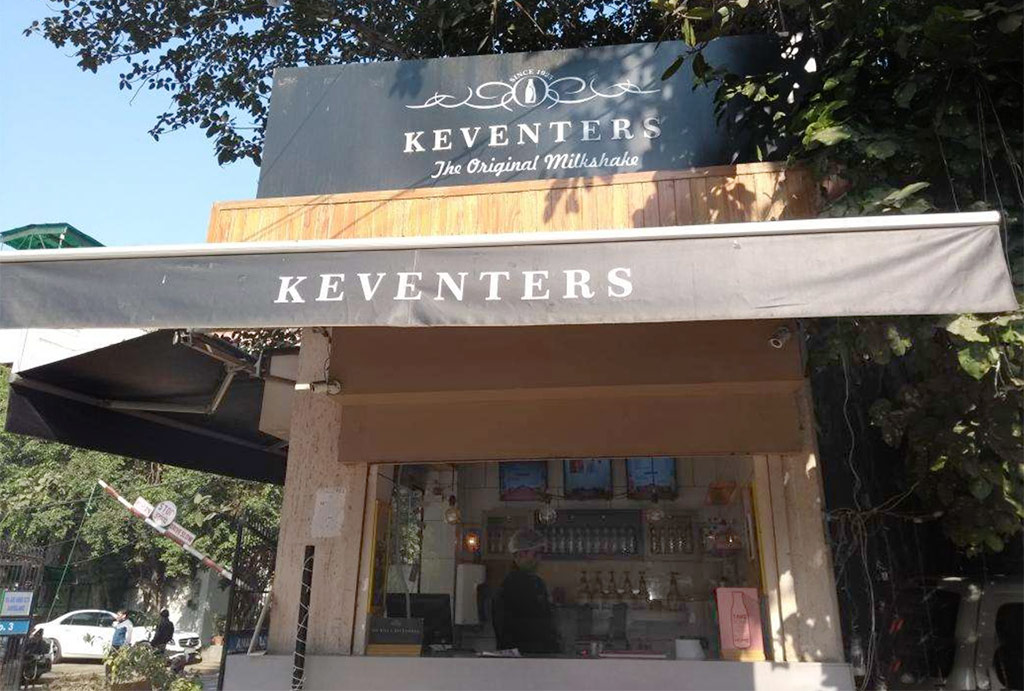 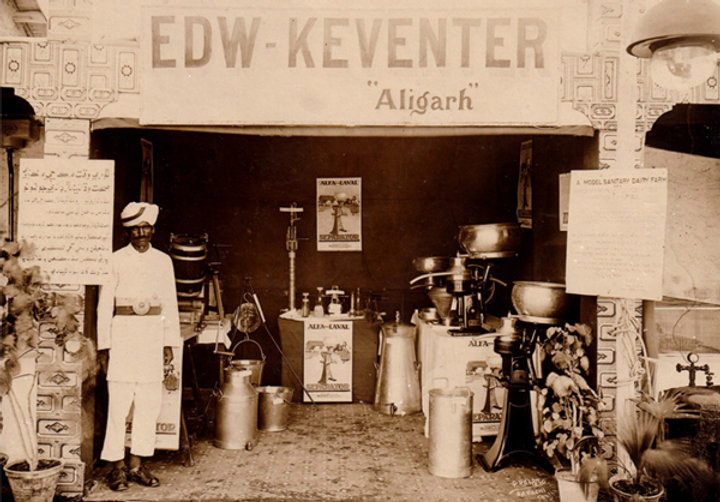 R K Dalmia continually upgraded the facilities, focused on modernization and added newer variants and products. The latest milk bottling machinery manufactured in England called UDECK was added. To ensure freshness and purity, a pasteurizer made by a Swedish company, ALFA LAVAL was acquired, a reputed brand even used today in milk pasteurization.

To increase the company’s milk varieties a cream separator made in Westphalia, Germany was purchased. With this, they produced toned milk, skimmed milk, full cream milk, etc. With separated cream, they were also able to produce butter, therefore a butter churner SILKEBORG was imported from Denmark. Butter and ghee later became popular products. The final addition to the Keventers plant was NEDOU, the milk powder atomizer that enabled the conversion of milk into condensed milk powder. At that time these acquisitions enabled Keventers to develop into a leading manufacturer of dairy products. 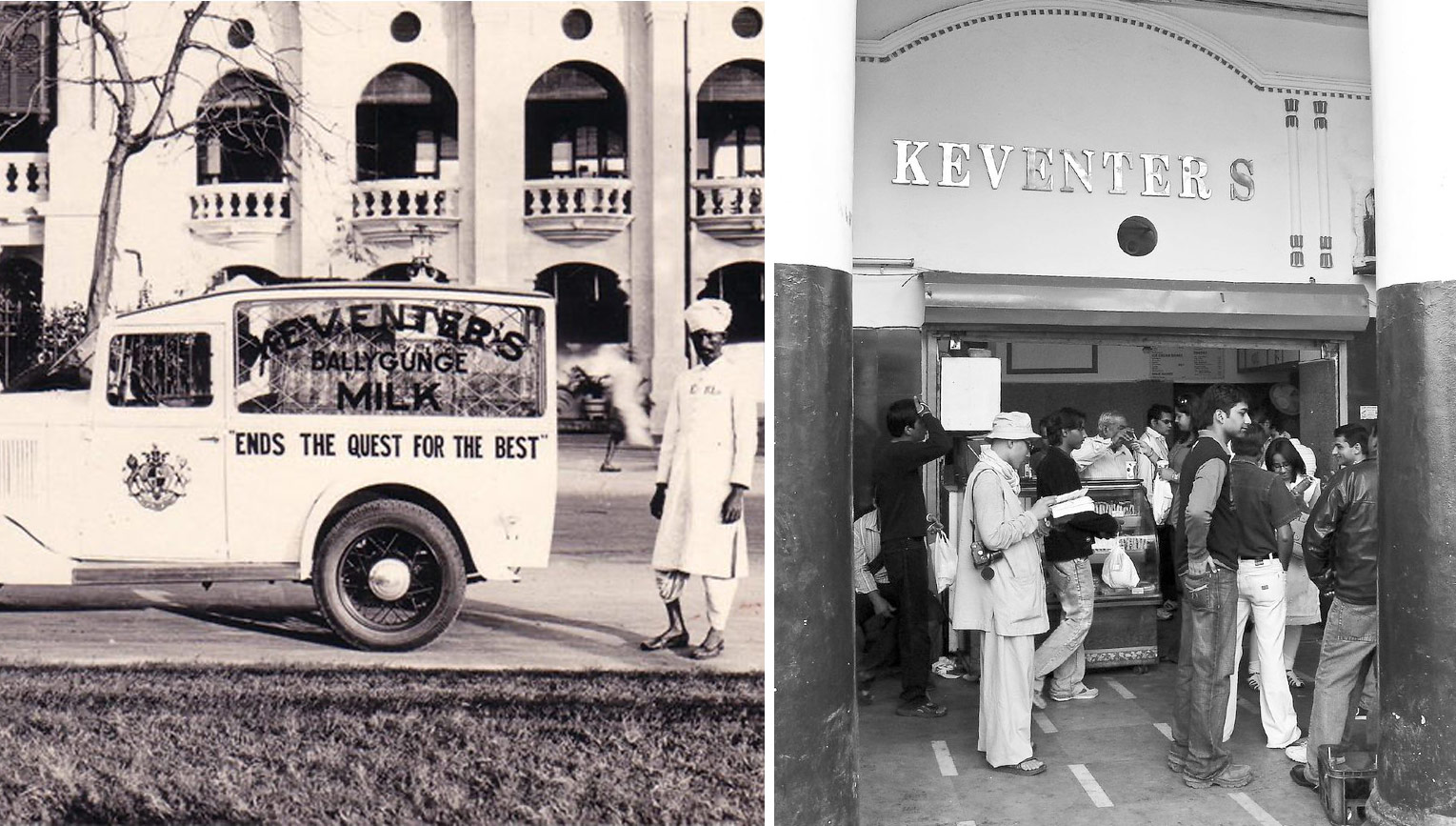 Keventers condensed milk powder and milkshakes became known far and wide. In Delhi alone, Keventers had 48 distributors (Shake Square being one of them) and stockists, a distribution network that had grown to meet the increased demand for fresh Keventers’ milk. Through this wide network, milk, milkshake, ice cream and butter reached different parts of Delhi. Less perishable items such as condensed milk and milk powder were shipped to various markets throughout the country.

By the late 1960s, Keventers was equated with dairy excellence. All products had the ISI standardization mark as well as the AGMARK mark of quality. It is therefore not surprising that even the armed forces throughout the country, including such far flung places as Assam, relied on them for condensed milk and milk powder. Due to this, in 1969 the Lt. Governor declared in a written communication that Keventers was a Public Utility Undertaking. 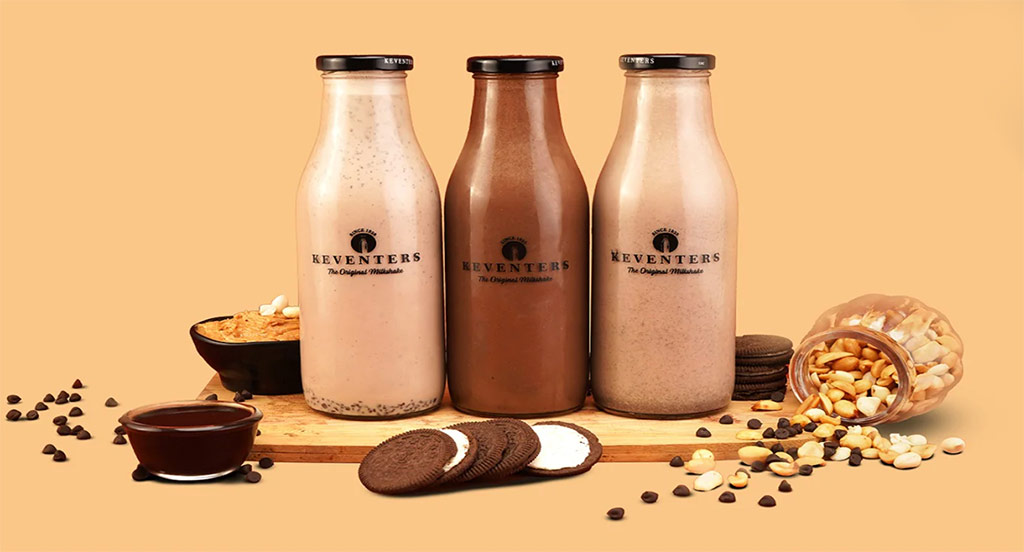 Our typical ice cream cart all over Delhi was cream coloured with red borders, however the late 60s saw Keventers’ carts bathed in psychedelic colours. In the early 70s Keventers’ appointed an ad agency – Ad Infinitum – and launched various catchy and attractive slogans such as ‘I scream, you scream, we all scream for ice cream’.

At the Asia ’72 exhibition, the Keventers’ stall was very popular. They had many ice cream varieties in cups, cones and bars. One of the most expensive was cassata, with a triple layer of strawberry, vanilla and pista, resting on a bed of delicious spongy cake.

The butter they sold was wrapped in a cream and blue printed wrapper and was much in demand for its quality. For those who wanted the goodness of ghee there was nothing like Keventers. One of their most remembered products was their milkshakes. Attractive wide mouthed bottles containing nourishing Keventers’ milk arrived fresh and cool every morning all over the city, with water droplets forming over the bottles and red and blue aluminium foil caps. Three of the most popular flavours were yellow banana, pink strawberry and green pineapple. The name of Keventers became synonymous with dairy products in Delhi, for example, a milkshake was no longer referred to as a ‘milk’ shake, but rather as a ‘Keventers’ shake.

As the city of New Delhi grew and changed, so did the area of Chanakyapuri in which the factory was located. It became a prime residential and diplomatic area, rather than an industrial one. Keventers therefore was no longer allowed to run its dairy factory there. This proud dairy of Delhi which had been carefully planned and located next to its market, was forced to close its doors.

In 2015, Agastya Dalmia, the great-grandson of Ram Krishna Dalmia, along with his friends Aman Arora and Sohrab Sitaram, decided to resurrect the brand. The first outlet launched in March 2015 in New Delhi, India. Upon receiving an overwhelmingly positive response, they quickly expanded their outlets across 65 cities in India, Kathmandu (Nepal), Dubai, Sharjah, Nairobi (Kenya). The legacy lives on and a new chapter is being written in their story. (Source: https://www.keventers.com)

Keventers had not been in business since the 1970s, as stated by the now owner Agastya Dalmia. But the very popular CP branch had been active all this while. When Agastya Dalmia decided to bring the brand back to life, the unregistered Keventers branch in CP was already doing business. In an amicable settlement, the then Keventers decided to give up the namesake and rename their outlet as Shake Square.

More than 48 years of creation and serving of cult milk bottles teaches us the compliant ways of adhering to the new school of business. In 1971, Sh. K.L. Pahuja, founder of Shake Square, introduced the concept of flavoured milkshakes with his secret recipe of 7 flavours blending it with milk to get that pure bottle of happiness. (Source: http://shakesquare.co.in/about)

Despite all the inevident ruckus this may have caused the two entities and the consumers, shop #17 in Block A will always be reminiscent of the good ol’ days that breathed life.

How to reach: Get down at Gate 7 of Connaught Place Metro Station
Location: Shop No. 17, Block A, Inner Circle, Connaught Place
More about Shake Square: http://shakesquare.co.in/
More about Keventers: https://www.keventers.com/