“Reach high, for stars lie hidden in you. Dream deep, for every dream precedes the goal.”
— Rabindranath Tagore  —

A jewel in the crown of Indian history, a poet, a lyricist, composer and above all a litterateur, was Shri Rabindranath Tagore.

What connects Amartya Sen, Mahasweta Devi, Indira Gandhi, Maharani Gayatri Devi, Satyajit Ray… to realize the connection, we need to go back in time to 1863.

During his lifetime he created masterpieces such as Gitanjali, Saddhana, The Crescent Moon. Synonymous with his name is another name –‘Shantiniketan’. His father, Maharishi Debendranath, originally established an ashram at Shantiniketan in 1863. Rabindranath instituted a school there, where east blended with the west, where education became a source of mental refinement and not merely to follow a code of rigid rules. The school later became a central university of repute known as Visva-Bharati. Here is an excerpt from the song written by Rabindranath Tagore, which can perhaps elucidate how close Shantiniketan was to his heart. 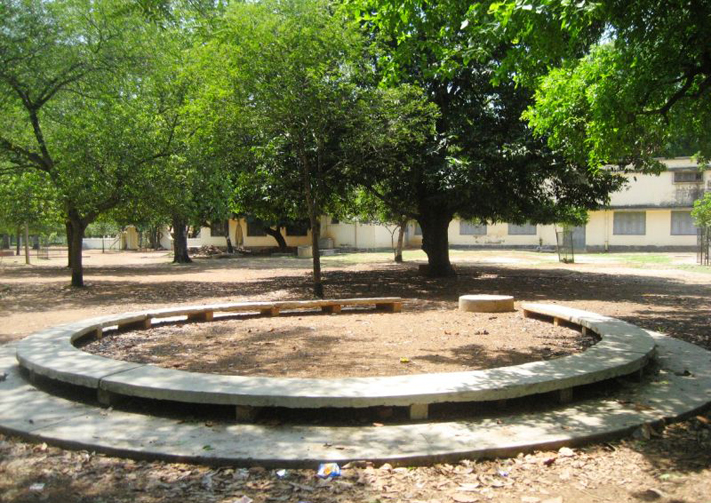 Santiniketan – A class under the tree

I had the privilege of being in that celestial world on the auspicious occasion of the 150th birth anniversary of the Nobel laureate (celebrated every year on the 25th of Baisakh, also known as Pochishe Boisakh). Hundreds of students, professors and tourists assembled at the Chatimtala grounds, to pay homage to the great artist and writer. Dressed in pale shades of white and cream, they celebrated his beatific spiritual presence. The Vice-Chancellor of Visva-Bharati addressed the audience, narrating some anecdotes from Gurudev’s life, and recited precious lines from his literary works and some texts from the Upanishads. The function was sprinkled with mellifluous strings of Rabindra Sangeet, enthralling the audience with Gurudev’s evergreen poetry. 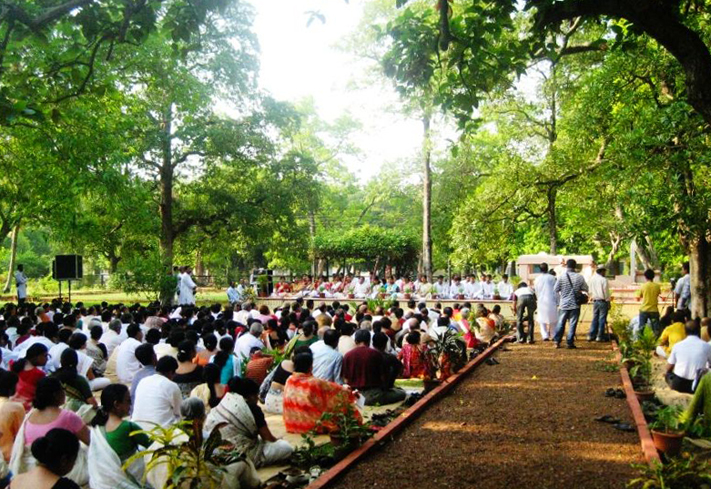 Later, Rabindra Bhavan in Uttarayan complex was opened to the public to celebrate Gurudev’s birthday. Here too, the festivities included a series of immaculate renditions of Rabindra Poetry and Sangeet, by some students of Visva-Bharati and other professional singers. Like the lyrics, the voices lent to the songs were hypnotic — imbued in sweet melancholy. The history of Uttarayan complex is as unique as Rabindranath Tagore himself. Having lived in Shantiniketan, Nutan Bari, Dehali, Prantik, all within the ashram until 1919, Rabindra Tagore decided to live in Uttarayan (for the last 20 years of his life), which consisted of five houses – Konarka, Udayana, Shyamali, Punascha and Udichi. He lived for some time in each; for his poetic spirit sought not to be confined to one house for long. 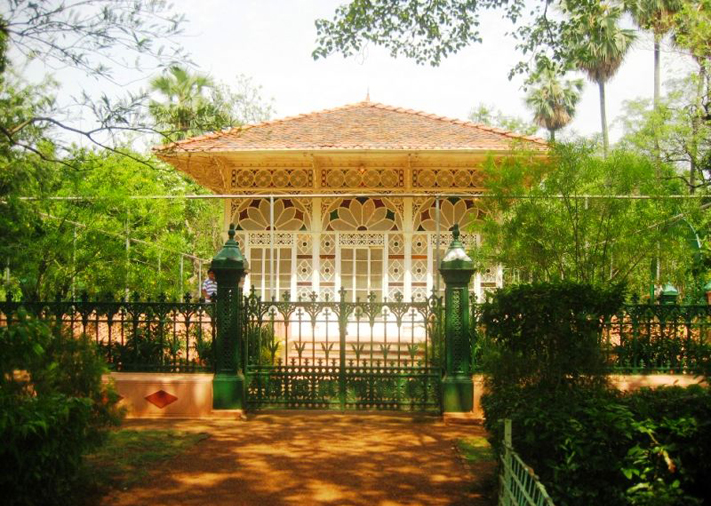 After the celebrations, as I strolled through the Visva-Bharati campus, I was taken in by the tranquility of all its residents, and milieu of the university including special departments like Kala Bhavan, Cheena Bhavan, Sangeet Bhavan, and Hindi Bhavan. I also came to know that Gurudev had given up on formal-schooling in the early years of his life, and travelled to England where he learnt English classical music and met W.B. Yeats. 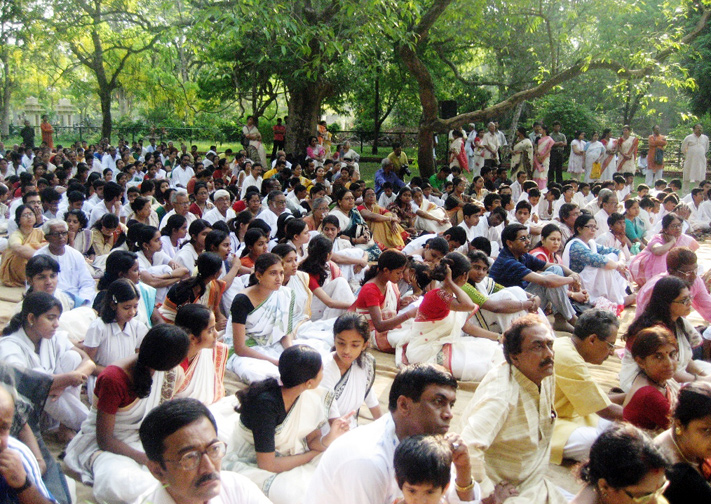 What struck me the most during my visit on Rabindranath Tagore’s birth anniversary was the realisation that apart from his dedication to literature and the arts, he loved his country and its people with all his heart. He was nearly 80-years when he fell seriously ill. On 25 July 1941, he was brought to Calcutta from Shantiniketan for an operation at his ancestral home in Jorasanko. On 30 July, just prior to his operation, he wrote his last poem.

Founded by Gurudev Rabindranath Tagore in 1901, Bhubandanga was other name of Shantiniketan which was named after Bhuban Dakat, A Local Dacoit. Shantiniketan can be regarded as India’s first university township and eco-commune. The lush greenery and aesthetically laid out campus stand testimony to Gurudev’s vision to nurture Santiniketan into a place of knowledge and universal brotherhood. Gurudev stated it in no uncertain terms that a man’s sensory encounter with the environment was as important as his mind’s enquiry into its inner mystery. In order to create a proper aesthetic environment that includes the expression of the beautiful in human life and social conduct, Gurudev entrusted the task to renowned artist, Nandalal Bose.

The mud buildings, the frescoes and tree-lined avenues bring a special aesthetic aura, the hall-mark of which was a dynamic simplicity. In fact, the construction of a mud house, Shyamali was an experiment by Gurudev to see if a permanent mud roof could be built. Today, this low-cost structure serves as a model house for villagers. Taladhwaj is a round mud hut with a thatched roof built around a toddy palm with part of its trunk and palm leaves stretching out over the top. No doubt, the Indian government has submitted Shantiniketan to be enlisted as a World Heritage Site by the UNESCO!

Traditional Toys of India: Practice of Culture and Profession