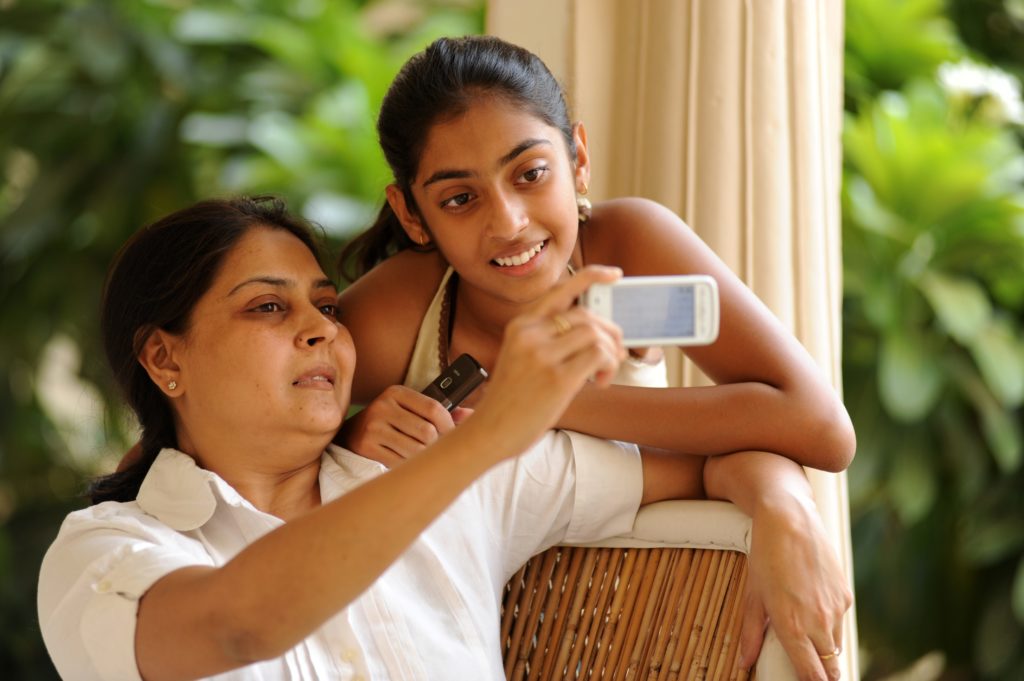 Remember the time when there was just one transistor for the whole village and people gathered around it during cricket matches and news hours for infotainment… The time when people rushed to send a telegram to urgently give good or bad news… And the time when friends and relatives living abroad seemed so distant because contacting them was a herculean task… Things have changed so much since then. Communication has taken vast strides and has spread its wings to surmount all the hurdles that tied it down in the past.

However, the prevalent trend shows that only Generation Y and Generation Z have connected well with the technological advancements. A large mass of people is still nonchalant towards the new trending discoveries. Hence we often find gaps in the generational perspectives. I witnessed a similar situation when my father’s archaic cell phone finally became non-functional.

“All I need is a phone that allows me receive and make calls.”- is what my father stated as his requirement. I thought the generation behind us seemed quite reluctant to embrace the new technology of smartphones. They also despise the fact that the youngsters are always so involved in their phones. And no amount of explanation convinces them that it’s not just games and messaging that keep people glued to their phones!

Recently, I got my parents a Smartphone to make the situation a little smooth and to introduce my parents to modern amenities. There were vociferous protests accompanied by ideas on how that money could have been put to better use. But this time I was determined, the phone was there and so were my efforts to teach them how to make their lives more comfortable.

My efforts started with my dad. Being a physician practicing in a small village in central India found a plethora of potential in his new phone. I introduced him to the WebMD mobile app, which helped him to sit in his dispensary and watch the new companies launch the advanced version of a medical drug he had been referring to his patients. When he had to go receive my uncle at the station, he would just sit at home and enquire the current train status through an app, thus saving his time and efforts in waiting at the railway station. He clicked pictures of the places he viewed and meals he ate and sent them on the family group through Whatsapp instant messaging application and thus none of us felt left out.

However, for my mother, it was like teaching a child to ride a bike. Every time she held the new expensive, shiny device in her hand, she felt that the touch-screen would get scratched or too much tapping would spoil the phone. But she too soon got the hang of it. She was listening to an old song and couldn’t remember its exact name. Through Shazam, the song recognition app, she was able to not only see the name of the film, artist and the recording studio but also the lyrics of the song. That’s when my mom seriously became a fan. She started searching for cookery videos, motivational speeches and short stories and the social media gave her a glimpse of her children everyday, which was such a pleasant feeling for her living so far away from her children.

The epic performance of this magical device happened when my pregnant sister went for her USG (sonogram) in Canada and my parents, who were sitting in their cozy drawing room without electricity in a small village in India, could see the live streaming of the foetus on their phone. It brought them tears of joy as they heard the doctor point out the head, hands and feet of their healthy grandchild. They soon took pride in showing off how they are so well versed with the latest trends and utilized the phone in ways better than I had ever expected them to.

Even though there are endless debates on how technology is replacing our old ways and people do not have time for each other, I saw the contrary happening in my rural home. The question now is, how difficult is it for the yesteryear generation to get accustomed to the ways of the present ones? Technology, sometimes brings gaps between families and family members, but there are many cases like my family’s where it has served as a unifying factor for bridging generational gaps and if anything, has made lives simpler.