The Adventure of Being in Bharat Scouts and Guides 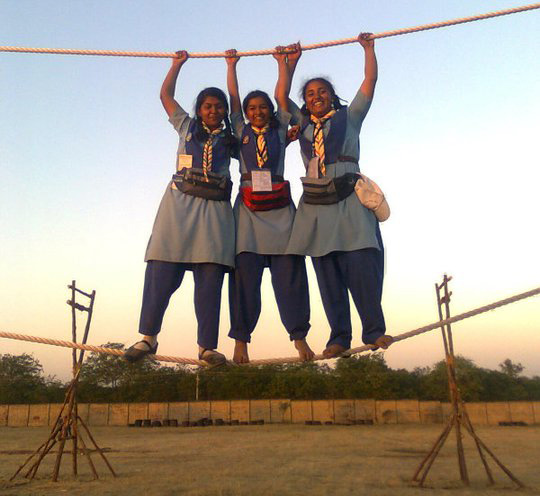 I got to know that the 17th National Jamboree of the Bharat Scouts & Guides was held recently in Mysore. Having been brought up in the guides movement during my childhood, I am nostalgic about it.

Starting from Independence Day, Republic Day, Thinking Day or be it even a normal school parade, it was always a matter of pride for every scout & guide to walk around in their uniform studded with their badges. A blue sash that goes from left to right on a guides uniform with the scarf that carries the grade always keeps her head high among all, for those badges weren’t easy to earn and each one of it will have a huge tale behind it.

The Scouts and Guides was a movement started by Lord Robert Baden Powell and Lady Baden Powell respectively. Interestingly, both of their birthdays are on 22nd February and to commemorate this, scouts & guides across the globe celebrate the day as the ‘Thinking Day’. This day generally begins with a flag break and the all-faith prayer. During the flag break, every scout and guide assembles in a perfect horse shoe formation and sing a chorus of the flag song. This will be followed by different coeducational activities such as jamborees, rallies, and conferences. 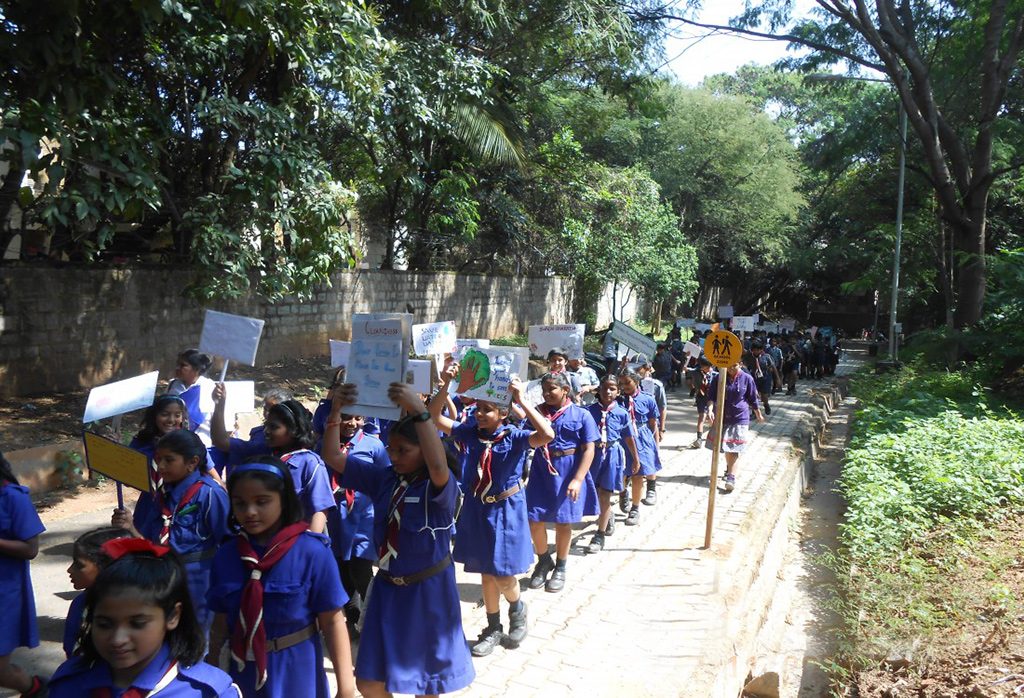 Scouts are divided into three sections based on age: Cubs – boys aged 5 to 10, Scouts – boys aged 10 to 17, and Rovers – boys aged 15 to 25. similarly, Bharat Guides are divided into Bulbuls, Guides and Rangers. The ‘Ever ready’ Cubs and Bulbuls, the kids who want to be a part of this movement, will have small competitions like painting, group song, team-based outdoor activities where they learn to join hands to complete a task and their good turn daily will be checked. Those who have completed their term as a Cub or a Bulbul will be welcomed into the world of Scouts & Guides as the Pravesh batch.

Scouts and Guides also have batches such as the Pravesh, Pratham Sopan, Dwitiya Sopan, Tritiya Sopan, Rajya Puraskar and Rashtrapati Puraskar (the President’s award). Those who enter this movement only for the certificate would have given up by the time they reach half-way up! 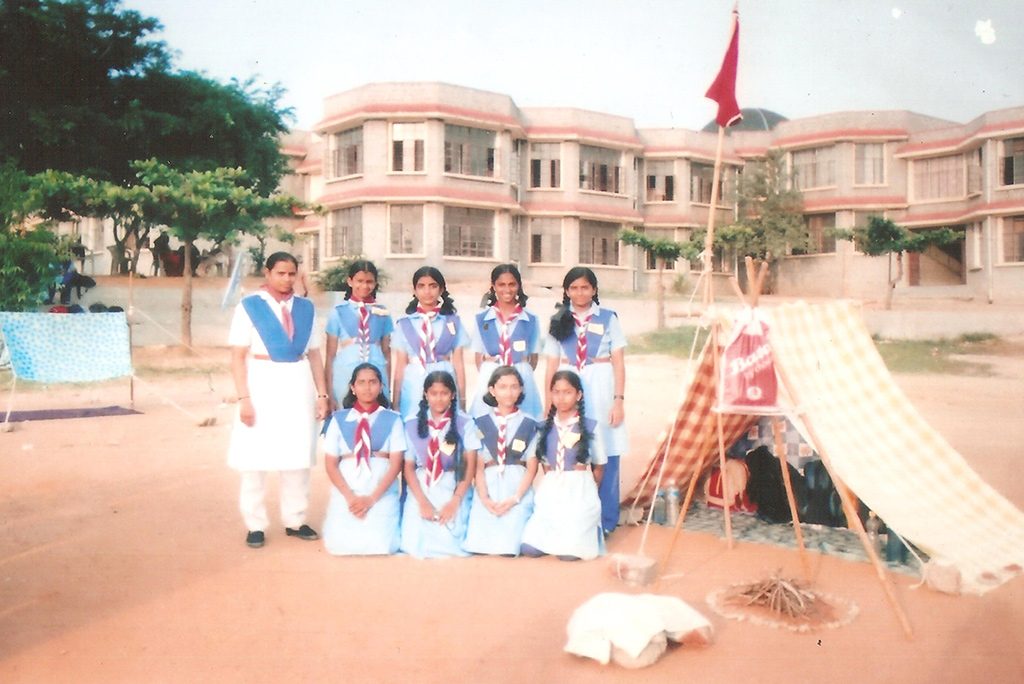 Students under each of these levels would get their completed badge works checked and start up with the next badge. The badges are given for various survival skills such as pioneering, first aid, cooking, tailoring, journalism, hiking, nutritional analysis, trekking, estimation, sanitation and public awareness. These activities gives every student an ample choice to select from, if their school has not already selected it for them. Every Scout and Guide who has earned a badge must know every possible fact about their badge, since this knowledge will play a huge role in determining their place during the testing camps.

There are schools where the scouting and guiding movement comes into picture only during these special days and the weekly classes that is to be held will be taken over by science and mathematics, since these subjects seemingly determines your future! There are schools where no Scoutmaster or a Guide captain will be available to train the students. Those underprivileged students will have to undergo a lot more trouble during their regional level testing camps. 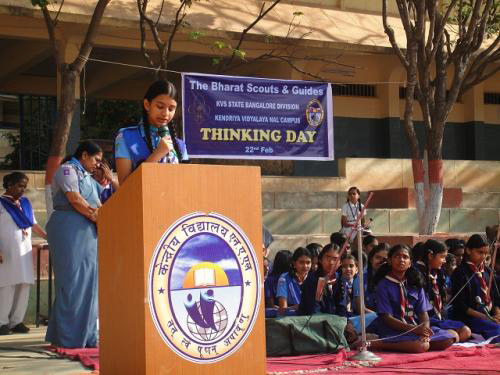 The main aim of the Bharat Scouts and Guides movement is to bring up youngsters to become responsible citizens of India, who have the basic knowledge of every possible survival skill. The movement develops a young mind both physically and intellectually and it goes beyond caste and creed. However, unfortunately even here there are times when we get to see favoritism played during selections of students for camps or jamborees.

I can only provide you a glimpse of this movement, but the personal experience that I gained is much more vast. Each Scouts and Guides camp will be a bag full of stories. Each badge that leads the student to the camp will be a sign of their endeavors and each certificate a frame of their skills. The scarf on their necks would have troubled them so much to be rolled exactly. The sashes of guides and the shoulder pocket of scouts would have repeatedly got poked by needles to have the badges stitched perfectly.

With these pains adding dignity to their uniforms, a student of scout and guide have as equal a reason to be proud as that a NCC cadet or a NSS volunteer has.