Travelling in Indian Railways is not an attractive option for punctual people. The trains often arrive late to their destinations and travellers suffer a lot. However, this fact does not stop me from fascinating about a train’s magical effect, especially when travelling on a long journey.

You’ll know about railways better if you travel in the train overnight; and probably you would have lots to complain again! But my experience is not about the drawbacks of the Indian Railways. It’s surely not about how profitable the railways have been.

I have quite grown up and I am a bit more mature to feel this than my eight year old nephew. He still runs out to the veranda whenever he hears the whistle of a train and I do feel the same compulsion. But, I can’t run like him anymore to see if the train has something new to offer every time it passes by my home. Particularly I can tell you the train is sweet because…you’ve already figured it out- I live nearby the tracks!

I have grown up watching trains passing noisily at specified time everyday. But I have never got tired of the magical whistle. It reminds me that the train is running to make the ends meet for thousands of people and connect people spread out in distant places. They love their reserved births and sleep on them assured of reaching their destination; even if a little, or sometimes, awkwardly late! While the travellers are quite unaware about the whistle while on board, but the little child in me never stops admiring the giant engine every time it passes across on the ‘forever parallel’ tracks. 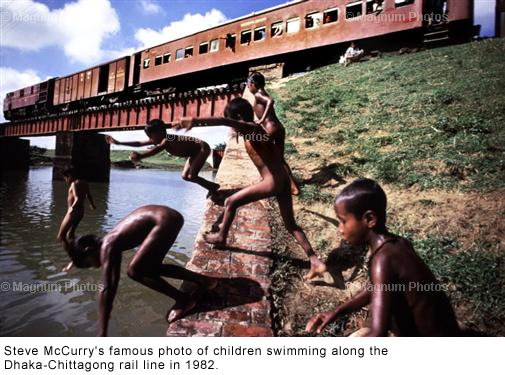 I don’t know whether other people who live adjacent to railway tracks would tell you this. But, I have seen the trains grow bigger over the years, from meter gauge to broad gauge and get heavier and more serious. I fondly remember the “not so loud” whistles of the meter gauge trains. As I grew older, the trains became louder and sometimes irritating for people who are not accustomed to the sharp noise. These days I feel our house rumbles due to the momentum of heavy diesel engines weighing the several tonnes as they pass by. Whenever guests stay at our home, they are woken up in fright fearing an earthquake. But for me, after more than 25 years of continuous rumbling, the noisy affair has become a natural feeling for me. What makes me merrier when I hear a distant whistle is the wait for the rumbling shake and the feeling of a heavy engine passing only about 50 metres away from me.

Many people consider it foolish to buy a plot of land near adjacent to the railway tracks. But for me, it is an achievement. My teacher dad bought this plot 30 years ago and built a cosy, liveable home on it. He had leukaemia and in his last stages, while I was still a teen, he found it hard to sleep. I remember him saying that he felt he was alive when the meter gauge trains passed making him aware that he was home. 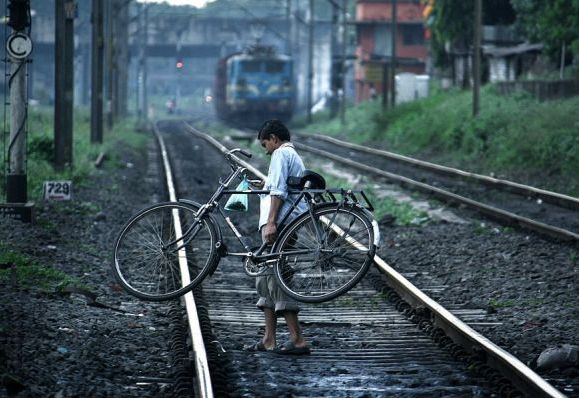 A story in every train

Every time a train passes by, it brings hope for me. When I see the people through the windows, I see all kinds of expressions on their face. Some are joyous about reaching their destinations; some cheerful about meeting their loved ones and some, albeit sad to come back without any success in their trips. Every train has umpteen stories and this fact naturally makes my life more illuminating – apart from giving a shaky and noisy ambience.

My curious nephew had asked me a question when he was just 4 years old. It was “why and where so many people do travel on the trains?” I could not make him understand that India has more than 100 crore population and hence, naturally trains are crowded and bulkier. Later on, I realized that my nephew had actually asked why are trains so popular. I now think, they are popular not just because they are cheaper. In fact, trains are popular because they are like homes and everybody tends to travel in a travelling home.

I have travelled innumerable train journeys and have cursed the obnoxious quality of food served on it. But I still cherish the warmth of a multicultural atmosphere that makes me aware of my identity. I love its value because it lets me understand that our country is alive. For me, the best thing about the trains is their whistles. It makes me nostalgic and reminds every moment I have passed admiring the sound. Even when I am growing older the allure continues to charm me every time I hear the magic whistle. I know, it is forever!