Before starting the article if you have missed the Part I please read it first. The Magical Era of Doordarshan Serials – Part 1

The TV serials telecast on Doordarshan during the 1980s had such a universal appeal
that we are still nostalgic about them. Here is a list of TV shows from the golden era of DD National channel:

In 1989, a soldier entered our lives and kept us hooked to our TV sets. This was the story of Abhimanyu Rai and his transformation from an irresponsible truant youngster to a responsible army officer. Fauji, which got aired on Doordarshan for just 13 episodes, was extremely popular for its in-depth showcasing of the training of the Indian Army commando regiment. This was a fresh storyline and a completely new concept. Fauji also gave us the first Indian TV superstar! The now world-renowned Shah Rukh Khan, also fondly known as the Badshah of Bollywood, made his television debut with this serial, was trying his best and unknowingly taking huge leaps towards stardom. Directed by Colonel Raj Kapoor, the serial was acclaimed for its authentic portrayal of the tough life of an army commando, though lightened by the irresponsible behaviour of Abhimanyu Rai!

We can never thank Doordarshan enough for telecasting Udaan; probably the first Indian TV show on women empowerment, which instilled in us the confidence to take the “sabse oonchi udaan”. Udaan was the story of an average girl from a middleclass family and her determination to become an IPS Officer (Indian Police Service). And she doesn’t stop at that. Once inside the system, she makes every attempt to make it more accessible to people. The appeal of this inspiring story lay in its ‘real’ness, which was written and directed Kavita Choudhary. Many people, who faced similar problems, saw their own feelings of inadequacy and angst mirrored in the protagonist, who one fine day decides that enough is enough. When the series of 32 episodes was aired on Doordarshan in 1989, it was rare to find women pursue the dreams to join the top government services in India such as the IAS and IPS. Things are much different today, but Udaan was a very inspiring story that helped change many a mindset.

Who has been able to escape the lure of a thrilling mystery……from Sherlock Holmes and Agatha Christie, there have always been those who fixed our craving for a good detective story. In the ‘80s, Doordarshan gave us Karamchand, one of India’s original detectives. The lead character, Karamchand, played by Pankaj Kapur, is depicted as a detective who helps the local police in solving murders in his unique style using unmatched intelligence. Unlike other serious detectives, Karamchand a sunglass-wearing eccentric detective who is shown eating a carrot at all times and tagged along by a funny assistant, Kitty, who keeps asking silly questions. When Karamchand answers her silly questions and ‘enlightens’ her, Kitty says, “Sir, you are a genius!” These dialogues got a cult following and are remembered even today. Director Pankuj Parashar tried to revive the old magic on Sony later in 2007, but he could not bring back that spark. 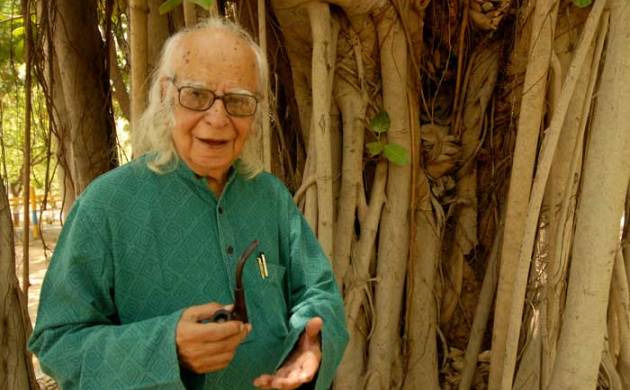 Turning Point was a well packaged science magazine programme aired on Doordarshan in 1991 and fetched several international awards for Doordarshan. The presenter of this show was renowned Kannada actor & playwright, Girish Karnad. Prof. Yash Pal, the well-known Indian scientist and educator, also made regular appearances on this show and together they unveiled and explained the great discoveries of science. The appeal of this most amazing science show lay in the fact that these really great scientists introduced us to the wonders of science and explained scientific concepts in an easy language that even a layman could understand. Every serial ended with a reminder to a god fearing nation, “Develop scientific temper”. This was in an era when there was no Discovery Kids or National Geographic channel to expand our horizon. It is heartening to note that this year Prof. Yash Pal has got the second highest civilian award, Padma Vibhusan for his efforts to inculcate scientific temper among the youth.