To seek an answer to all these questions, we need to travel to distant land tucked away in the misty mountains. Imagine a perfect triangle shaped mountain capped with snow; imagine a city nestled besides the mountain range and a serene lake reflecting the snowy peaks; imagine a suburb next to the lakeside which is cut off from the busy city; imagine fragrance of Patchouli and chants of ‘Om mani padme om’ emanating from shops and restaurants that sell delicious food, t-shirts, carpets, books and trekking bags; imagine smiling faces that greet a courteous Namaste. Now wake up, that’s Pokhara. 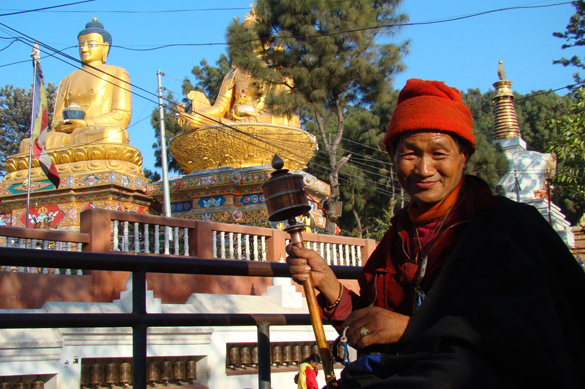 Welcome to the Himalayan kingdom of Nepal! Before we came to Nepal, lot of friends warned about the cunning nature of Nepali guides and the grim security situation due to the Maoist insurgency. On the contrary, we did not get cheated by anyone and the countryside was as tranquil and peaceful as the mountains. Later we realized the reason behind this misconception; most travellers land in Kathmandu and get trapped by the scheming travel agents. 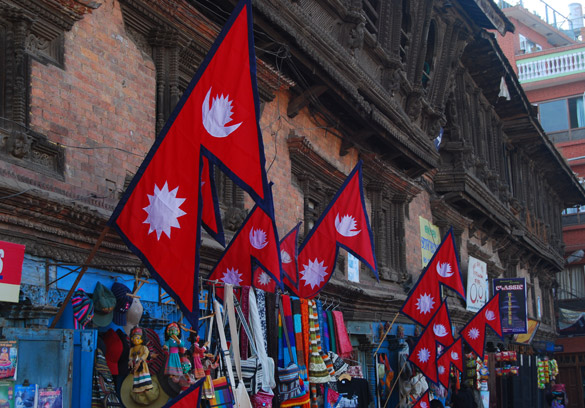 The political situation has improved drastically with the new multi-party democracy system. Thankfully we researched thoroughly using the Lonely Planet guide book and the internet and we chose to land in the second largest city of Nepal. 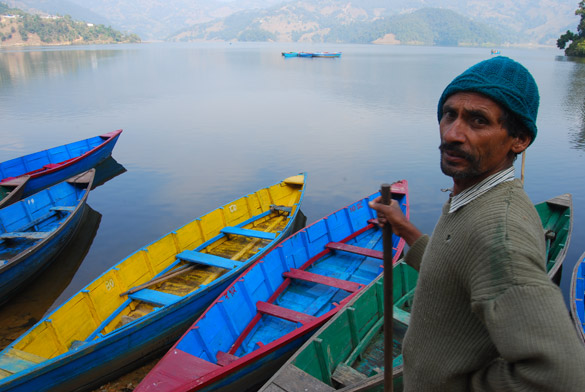 The list of sight seeing spots that Pokhara offers is endless: Phewa Tal boating, paragliding from the Sarangkot sunrise viewpoint, gushing waters of Devi’s Fall, trekking on Annapurna circuit, sunset at the World Peace Pagoda, shopping by the lakeside, bats in the Gupteshwar caves, mountaineering museum and many more. We kept apart atleast three days to enjoy all the sights in and around Pokhara. 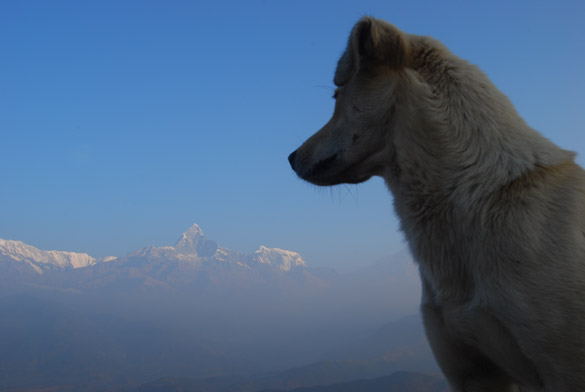 The Royal Chitwan National Park is a must see for all visitors, but you need to be lucky to get a glimpse of the wild animals. We were lucky enough to get only the wild deer. But the early morning elephant ride was really an exhilarating experience. But luckily the annual winter elephant race and football matches were on and we were amazed by the skills displayed by the elephants. This race is organized specially for the hordes of foreign tourists who really keep the local economy flourishing. Otherwise Nepal is a poverty-stricken country which is now slowly emerging from the political turmoil. 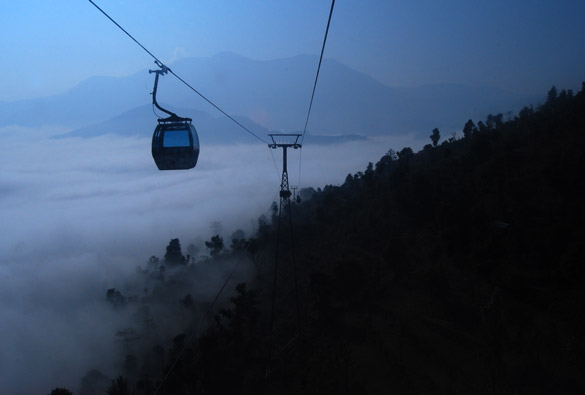 The Manokamana Mandir cable car is an amazing journey across the beautiful mountainside. It is truly amazing to see such a sophisticated cable car in a country plagued by crumbling infrastructure. People who complain about Indian roads need to go to Nepal once in their lifetime! 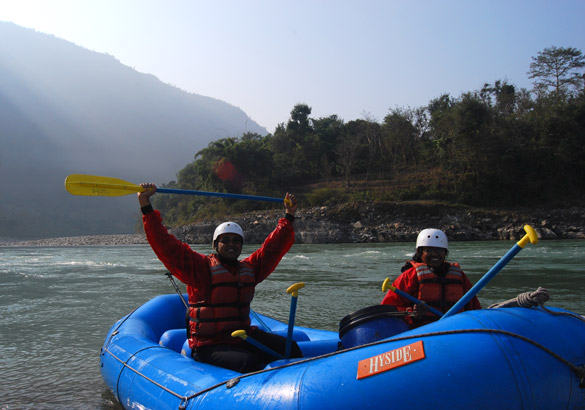 People who had experienced river rafting in tame Indian rivers, will know what is Level-3 in rafting! River rafting in the true Himalayan white water rivers is a lifetime experience and another must-do item. The chilling waters drag the rafts through the gushing river winding through narrow valleys of terraced farms and tiny hamlets.

Finally on the New Year’s Eve, we arrived at the much fabled city of Kathmandu. The day was 29 December 2007, and the interim parliament amended the Nepali constitution to create the people’s socialist republic and abolish the monarchy. There were political demonstrations and processions and there was immense excitement on the streets. 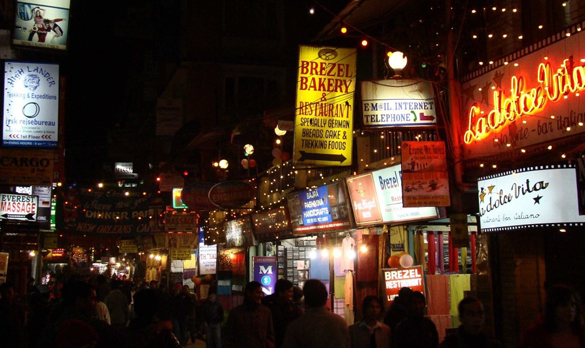 We stayed in Thamel, a small tourist locality where all the western travellers stay. The New Year night was truly extraordinary with dance troupes from brazil, djembe players from Africa, rock musicians from Europe, flute and tabla players from India all trying to entertain their niche crowd in the numerous pubs and dance bars. Finally, after an exhilarating night, we woke up the next day to realise that we had exceeded our office vacation, and reluctantly packed up from the enchanting land of Nepal!

Here is a documentary video dedicated to Nepal from caleidoscope team.