Devbagh – The Island I Call Home

My memory of the little island of Devbagh and the inviting little huts that studded it, is still vivid. I remember being taken by complete surprise when I first set my eyes on it.

We had taken a sleeper bus to Karwar from Bangalore. Approaching Karwar, any lingering traces of our sleep were driven away when we were accosted suddenly by breathtaking views of the sea. Once in Karwar city, we found ourselves being motored away from a small jetty that grew smaller and smaller as we sailed farther away into the sea. I stuck my hand into the water and watched as a wall of water rose around it. The sea seemed like an enormous giant, its incongruous breathing forming little crests and troughs on the surface. Soon, Devbagh Beach Resort greeted us. It was like an emerald pearl in the sea, with its many tall Casuarina and coconut trees and its long, empty beach. Our eyes eagerly spanned the width of the beautiful beach. I remember feeling like I was returning home. The ferry announced our arrival by bumping against the jetty and bobbing up and down.
Walking past the first line of Casuarina trees we found, cosy little tent houses and thatched-roof huts propped up on stilts. They seemed to be right out of a Hansel & Gretel story!

Our feet sank into the beach sand, which covered the island as we walked towards our hut tucked away amidst tall trees. There were very few other people on the island and this added to its charm. From our little thatched-roof abode, we could see the sea twinkling at us through the trees. Our three days there went faster than I desired. I would have liked to have known the island and its ways intimately. 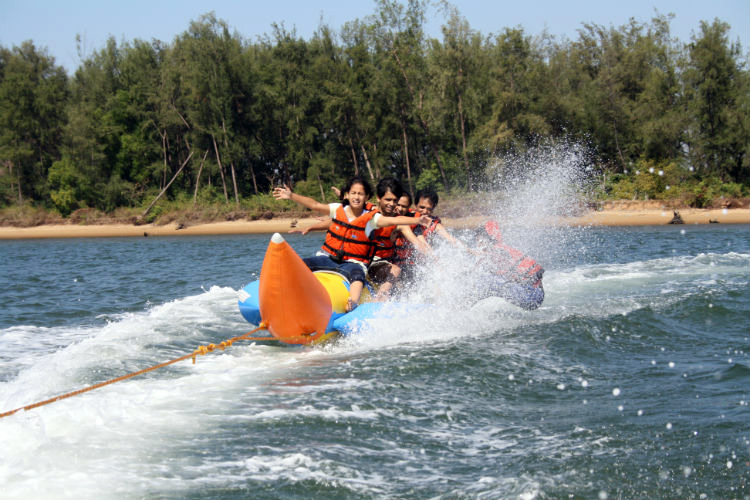 We indulged in some water sports on the first day. Jungle Lodge Resorts, which owns Devbagh, provides a range of adventure and water sports activities. There was a ‘banana boat’ that sped into the sea and toppled sideways at a thumbs-up signal, sending us all splashing into the water. I invariably missed this signal, being too intoxicated in the surroundings; I would always surface spluttering water which I swallowed by the mouthful, eyes stinging with salt, but with an elated smile on my face.

Our excitement mounted when we were lead to another tiny neighbouring island for parasailing. And what an experience that was! Despite having a terrible case of vertigo, I decided to give it an attempt. I soared high up in the air like a kite, while tethered to a sailboat in the sea, the wind tugging me this way and that. Below me lay a vast expanse of blue-green sea dotted by lush green islands and hillocks. 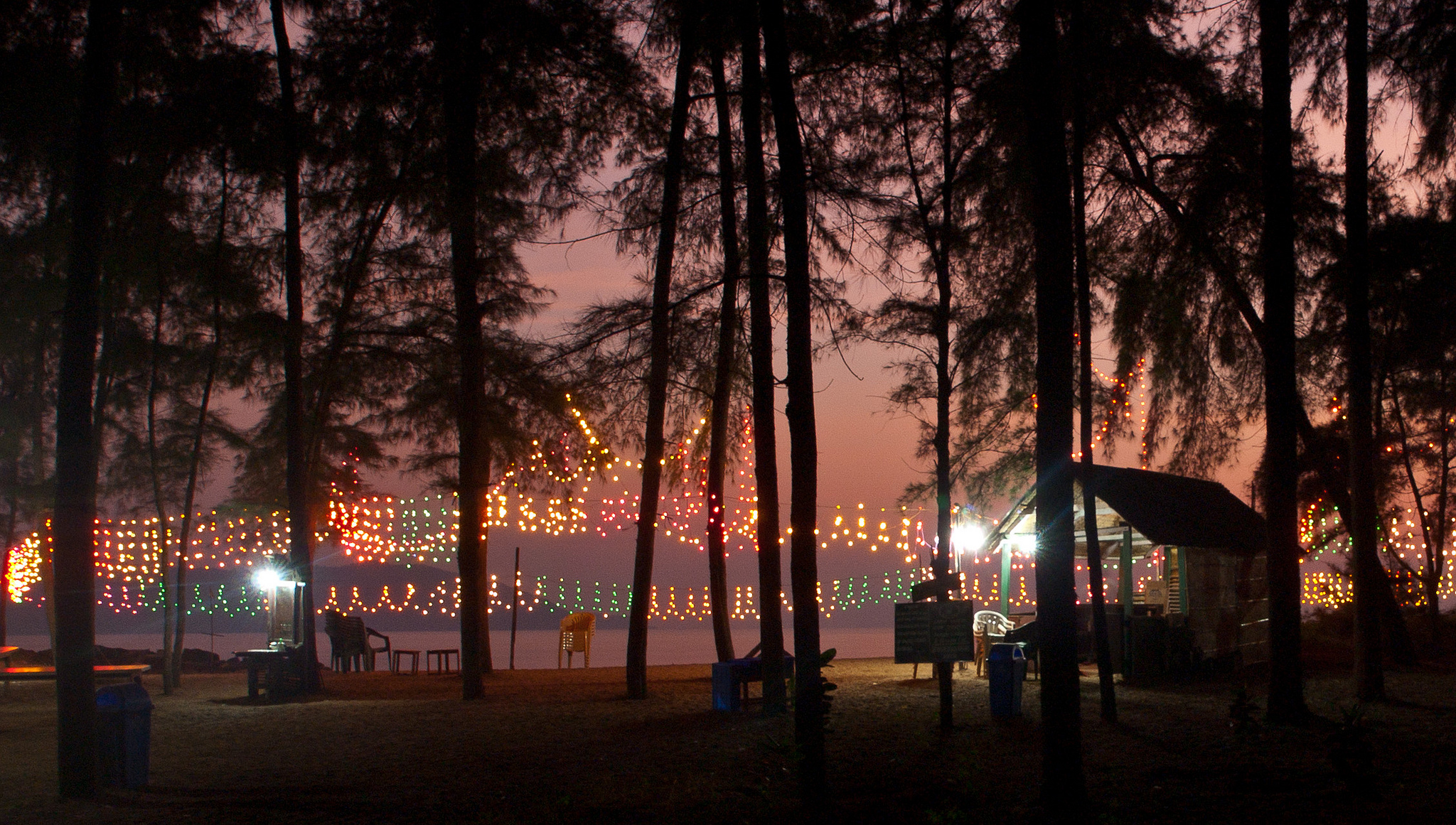 The next two days were spent blissfully under the spell of the sea. I loved waking up to the crashes of the waves and would go out to catch a glimpse of the sea before I did anything else. One morning, we were taken for a nature walk around the island by a naturalist. Our trail winded along the coast and through the dense foliage and we were introduced to some of its smaller inhabitants. Come evening, once we had feasted on some freshly caught fish, we sat on an elevated mound of sand and watched the sea for what seemed like an eternity, lulled into a content silence as silver waves climbed towards us and receded. We would go back to our cottages much later, in a trance.

I would have much preferred to be the flame-backed woodpecker outside our cottage, hammering away at trees on the island with the sea just a glance away, but the day we had to leave had come and it was with a heavy heart that I watched as the little island went from being right in front of my eyes to a distant green speck in the sea.

Other Places to See

Factfile –
When to Go: September to March
How to Get There
Fly: The nearest airport is the Dabolim Airport in Goa, 90 km away.
Chug: The Karwar Railway Station is 2 km away from the town. There are many trains on the scenic Konkan Railway route, which stop here.
Ride: Buses are regularly available from Karwar to Bangalore, Mysore and Mumbai
http://www.junglelodges.com
http://www.tripadvisor.in