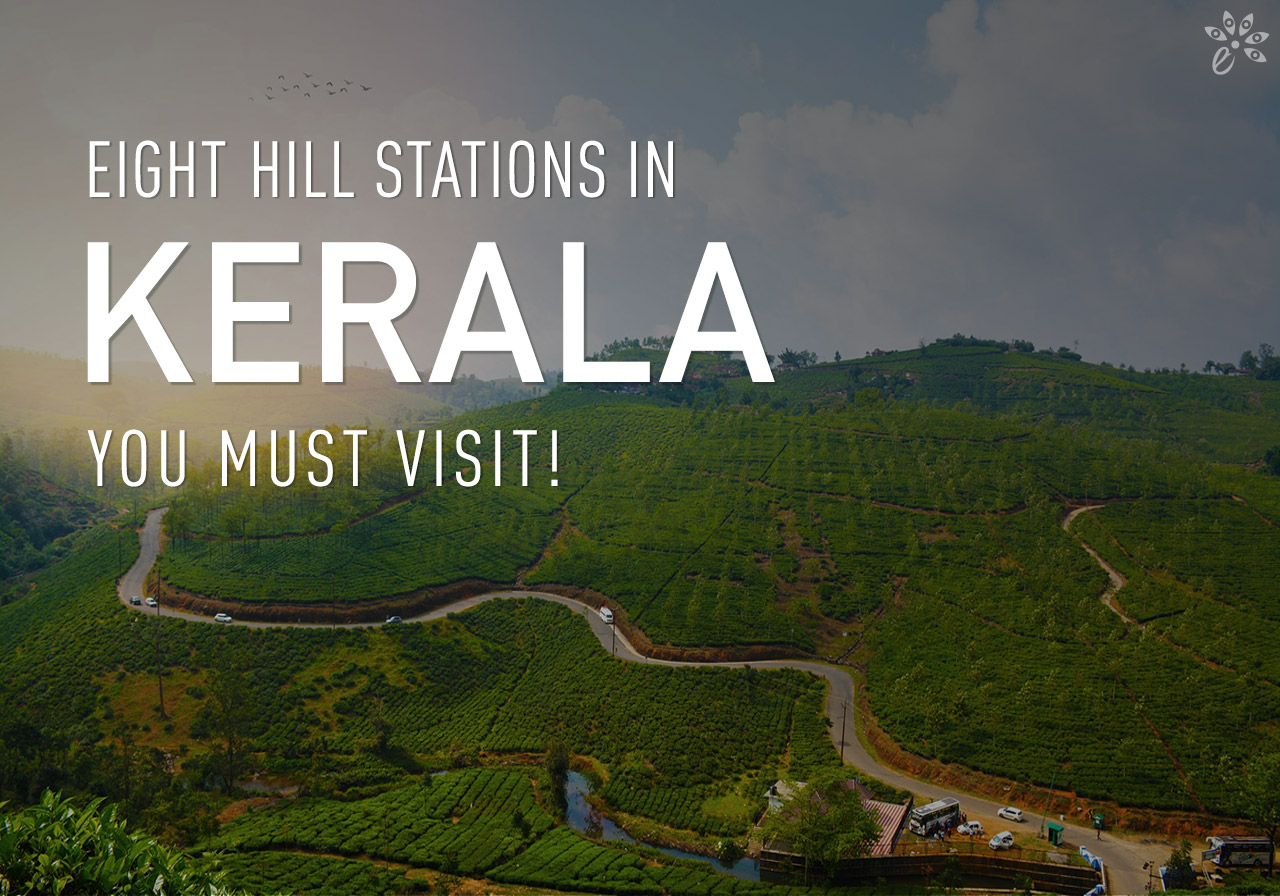 I think we can all agree upon the fact whether it is adults working long hours or children laboring behind books all day – every person needs a vacation. Indeed, a getaway with our loved ones is needed now and then to rejuvenate our senses. And how lucky are we, for our very own beloved nation is packed with several such destinations which are sure to refresh us from the boredom of city life. The Southern state of Kerala is highly regarded all over India for its picturesque settings and delightful places. While we mostly tend to picture wide green plains and waterfalls when we talk about Kerala, most people do not know much about the exquisite Hill Stations found in the magnificent state. If statistics are to be believed, there are more than 50 amazing hill stations located across Kerala. Here is an article on some of the best hill stations located in Kerala which you must consider the next time you’re in Kerala!

Staying in Ponmudi is most probably the best summer retreat you could ask for! A beautiful hill station surrounded by lush greenery, a pleasant climate, and steep landscape, Ponmudi is rightly called ‘Kashmir of Kerala’. This charming hill station is situated not far from the popular city of Thiruvananthapuram and is quite famous amongst trekkers and adventure lovers. Ponmudi is every traveler’s paradise, with exuberant tea gardens sprawled across many acres of land and a plethora of fascinating flora and fauna. Indulge in this wonderful amalgamation of landscape comprising of forests, rivers, mountains, and ravines as you unwind in its serene beauty!

Located in the Idukki district of Kerala, Munnar is a splendid hill station boasting a breath-taking natural beauty. It is filled with vast lands of lovely green shades and several waterfalls, lakes, and trekking spots. Visit Munnar and I guarantee you that you will not be bored. The picturesque tea plantations built in the 19th century by British officials are enchanting and wholesome. Once you experience the thin, white mist on top of the hill station, you are sure to fall in love with this place. Additionally, you can also visit the nearby tourist destinations to have a wondrous day.

If you want to relish in self-company and need some me time, there is no better place than Vagamon. Situated in the same district as Munnar, Vagamon is visited by several tourists every year. It is blessed with beautiful tree-covered mountains, cascading waterfalls, and dense forests. Vagamon is fairly isolated from the rest of Kerala thus you can expect the peace that you’re looking for. Moreover, the pine forestry found in this place is also note-worthy. Pay a visit to the famed Poonjar Palace and Meenachil River in Vagamon to have a pleasant time.

Another addition to the list of beautiful hill stations in Kerala, Thekkady is heaven on Earth. This spectacular hill station is extremely admirable and famous for its eco-tourism. One prominent feature of Thekkady is the Periyar Wildlife Sanctuary. One can expect to see many different species of wildlife, one of which is its magnanimous elephants. You’ll also find solace in exploring Periyer Lake while on a boat ride or elephant safari. Ah, doesn’t this sound heavenly to you?

Can you think of any place whose beauty remains deeply engraved in your mind? Well, Lakkidi is precisely that place. This aesthetic hill station is located just at the gateway to the Wayanad district of Kerala. It stands high above the sea level and the climate is chilly throughout the year. In fact, due to the high level of rainfall that it receives, it is also christened as ‘Chirapunjee of Kerala’. Another major attraction of the place is the diverse wildlife. The forests of Lakkidi contain the lion-tailed macaques, Indian Stag, and several other exotic animals. Although small in size, Lakkidi is sure to make your heart grow with glee plenty!

Ranipuram is one of the most attractive and popular places to visit in the Kasaragod district. This splendid destination is a must-see site in your itinerary. Erstwhile known as Madathumala, it shares its borders with Karnataka. Interestingly, the Ranipuram hill has several forms of vegetation and also has a wide range of flora ranging from shola forests to graceful moors. Even the breeze here is said to be medicinal due to the presence of the lemongrass in the meadows. The Ranipuram hill is a great place to be with your family and friends to witness the exotic wildlife and nature.

An excellent escapade from monotony comes to you in the form of Silent Valley! One of the best ecological preserved parks in India, Silent Valley presents to us the pristine beauty of Mother Nature in its true form. Silent Valley contains one of the highest numbers of mammals (over 34 species). It also houses a high number of rare species of flora and fauna such as the Malabar giant squirrel, Nilgiri langur, and many more. Moreover, Silent Valley has other treats in store for you in the form of several fun activities such as bird watching, fishing, and plantation visit.

Tell me, would you like to retreat where the Maharajas of earlier times would retreat? Peermedu is a must-see hill station in Kerala with brilliant pine forests, open hills, and cool waterfalls. According to sources, Peermedu was the favorite place of retreat of the Travancore maharajas and it was also inhabited by several tribes before that. The region is highly fertile and devoted to coffee, cardamom, coconut plantations, and spice farming. So, the moment you enter this gorgeous place your senses will be hit with the aromatic smell of fresh spices. Sounds tempting, no?