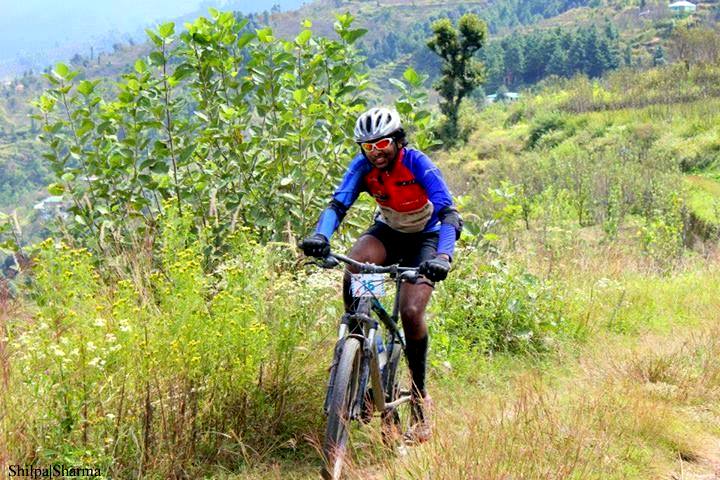 MTB-Himalaya – Riding on slushy grassland is a tough task

I opened my eyes to the golden rays of sun, filtering through the tall deodar trees. The crispy clear atmosphere was disturbed only by the camp fire smoke. Just then someone called me out and I realised I am not dreaming and I am really amidst the most pristine surroundings in the Himalayas. Throughout my journey from Delhi to Shimla, I was daydreaming about being surrounded by nature’s beauty, but I couldn’t have imagined it such a serene setting. 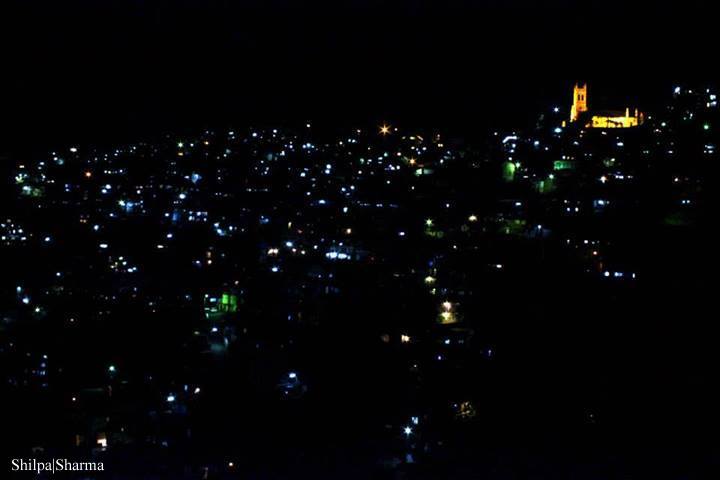 My journey to India’s famous mountain biking event “MTB-Himalaya-2013” had started alone in the eerie calmness of the night. Being a solo woman traveller, it was difficult to travel in the night, but that sense of fear was not dominating enough to surpass my passion to ‘explore and click’. My heightened level of enthusiasm did not let me sleep the entire night. All the thoughts about new places to see and new people to work with were really pumping up my adrenaline. Those imagined glances of Shimla made me smile like a daydreamer! 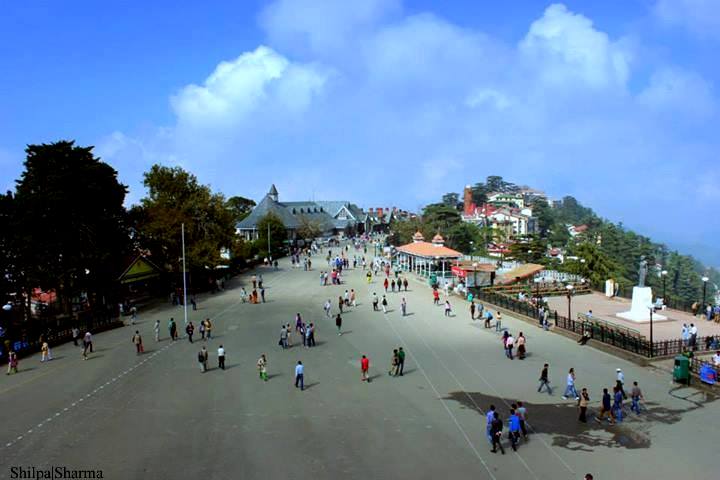 There is no doubt that cycling has already established itself as a movement across metro cities in India. However, I didn’t know that mountain biking was such a serious sport until I joined the bikers at the MTB Himalaya-2013. MTB Himalaya is India’s premier mountain biking race that happens every year in Himachal Pradesh just before the onset of winter. Organised by the Himalayan Adventure Sports & Tourism Promotion Association (HASTPA), MTB Himalaya was first conducted in 2004 and is now in its tenth year. 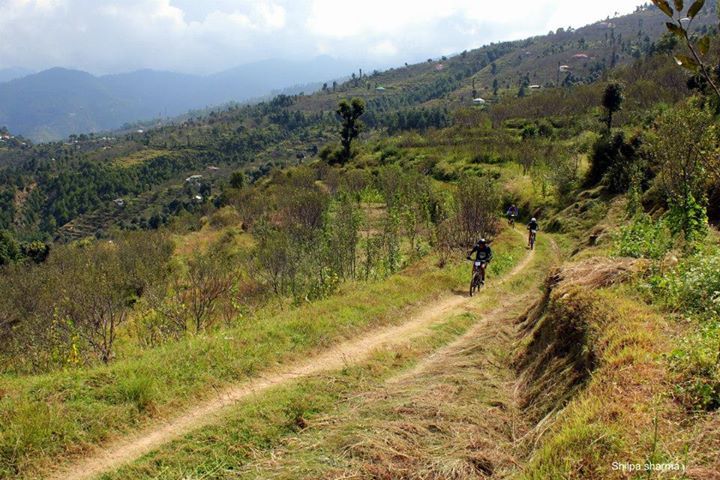 Riding across the pictureque grassland

Being a part MTB-Himalaya was unforgettable. I still remember when I had got the media volunteer identity card for which I had waited so long, it was a melodramatic moment for me as I had mixed emotions of sentimental prick just as we see in Bollywood films! 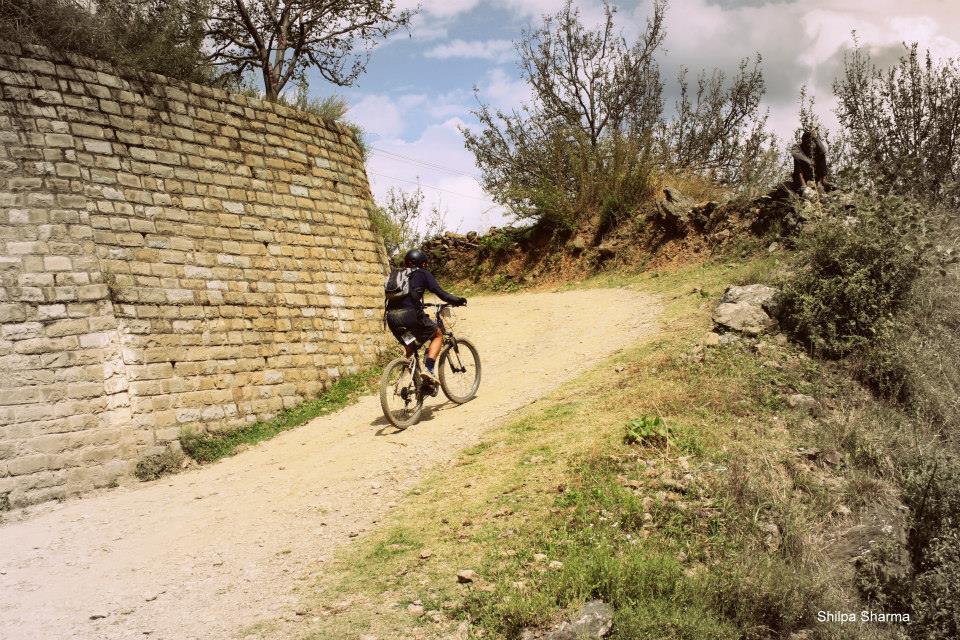 Life is an uphill task!

It was not just about covering an event, rather it was an opportunity for me to understand and see the culture and tradition of a place where people share a common goal to disseminate their ideas. I was like that frog who just got an opportunity to jump out of its well to explore the surroundings. As a media person MTB Himalaya, I did the same – I interviewed people, I captured, I wrote, I explored at the end I got more encouraged and was more informative. 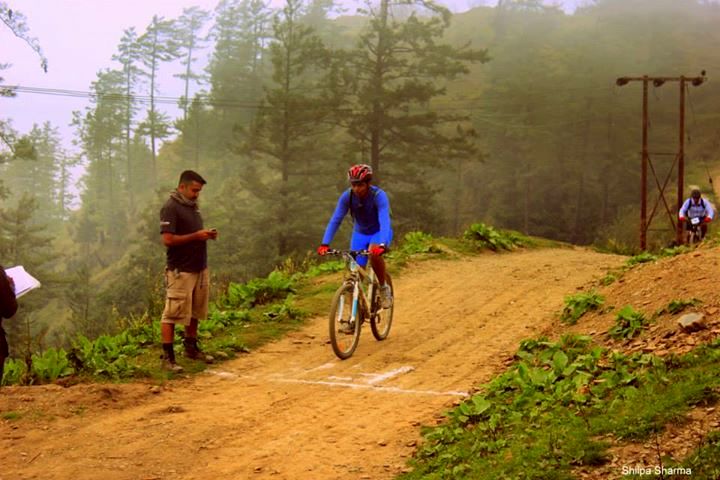 The best part of being as a team member of MTB Himalaya was that I got the chance to see directly the new facet of India and its people. As India changes from being an ‘underdeveloped’ to a ‘developing nation’, adventure sports have caused a major flutter among Indians. People are eager to indulge in these die-or-die scenarios. Moreover, women are no less hesitant in showing off their stronger side in this patriarchal world by participating in so called “men’s game”. 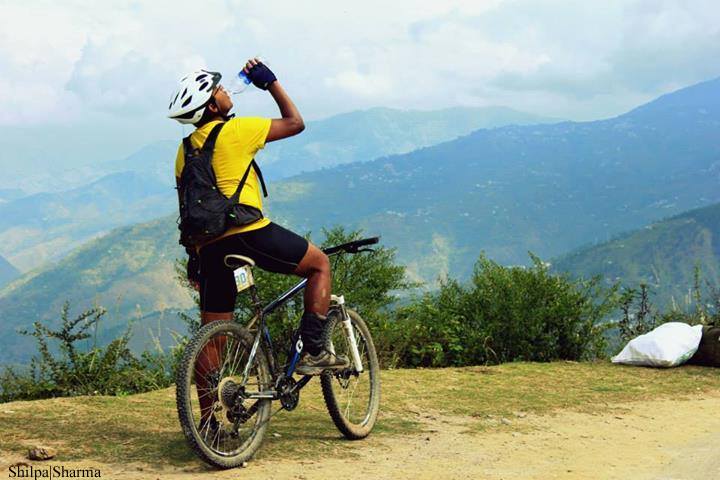 A brief stopover for a drink offer

This year, the eleventh edition of the event “Hero MTB Himalaya 2015” is underway with 65 national and international cyclists participating from across 12 countries. The cyclists will cover a distance of 500km at an elevation of approx 2,000-2,500m. The event features cross country, enduro type of race and cyclists will have show their talent in the section of off-road, broken tarmac, gravel, rocks, mud, sand, lose rock and single track.