Qutub Minar Through An Offbeat Lens 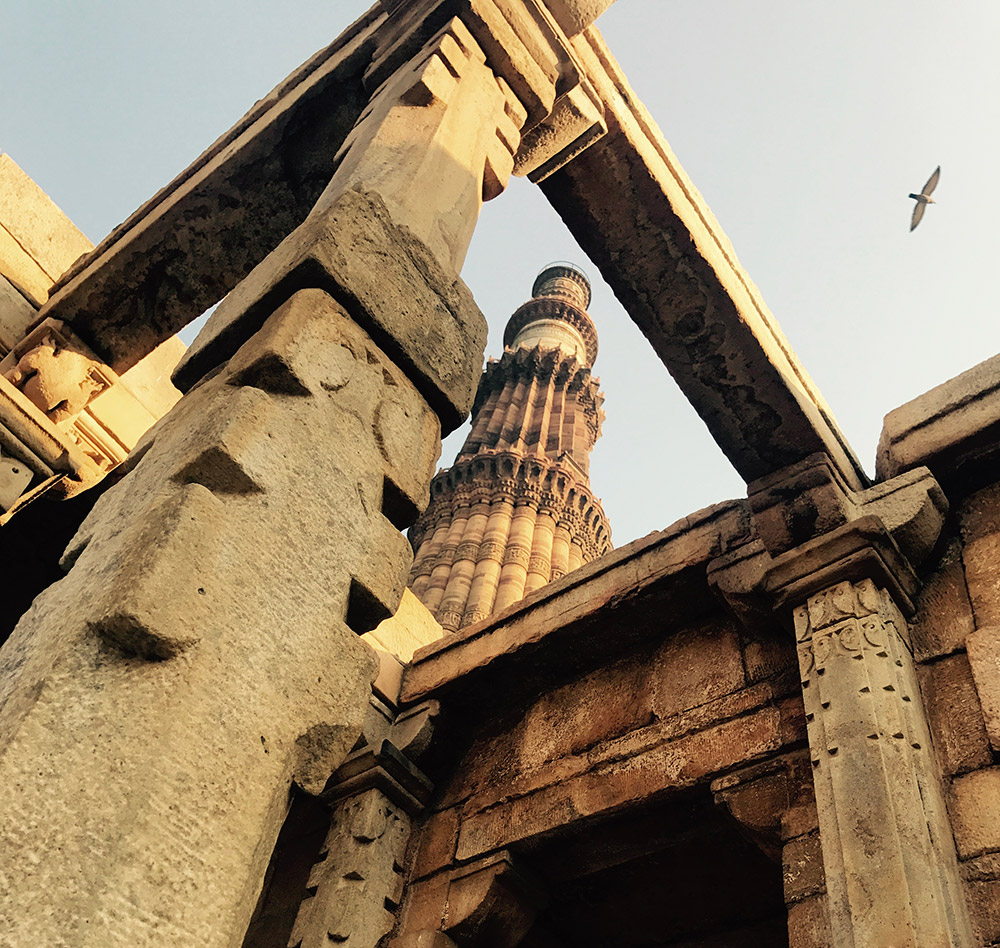 On a warm December morning, we decided to take a trip to Qutub Minar, more to make up for our daughters missed school field study. So we packed for a picnic at the Qutab Minar. Being busy on Sundays, due to the huge turnover of people, our early trip could only begin at noon. But once we were in the complex, the stress associated with it was gone.

Passing through the security, we reached the first threshold, marked by an arched structure. It was then that nostalgia hit me- I had returned to the monument almost after 10 years. Faint memories began to cloud my mind. I knew this trip was going to be more than a picnic.

Moving on, we caught the first glimpses of the tower. My camera was soon out, although photography was never my forte and I became the self appointed tour guide for our small group of three.

Taking the other route we first saw the Alai Minar, the other victory tower which never got completed.

By now the history buff in me had met the amateur photographer. As we approached, the expression on my three-year-old face was priceless. There stood the awe-inspiring Qutub Minar in all its glory.

Built in red sandstone, marble, limestone and rubble masonry, it has five storeys accessed by an internal spiral staircase. First three storeys are built in sandstone while the top two are built in marble, the change in material marking its evolution over time. Each storey is separated by beautiful balconies supported on intricate stone brackets. 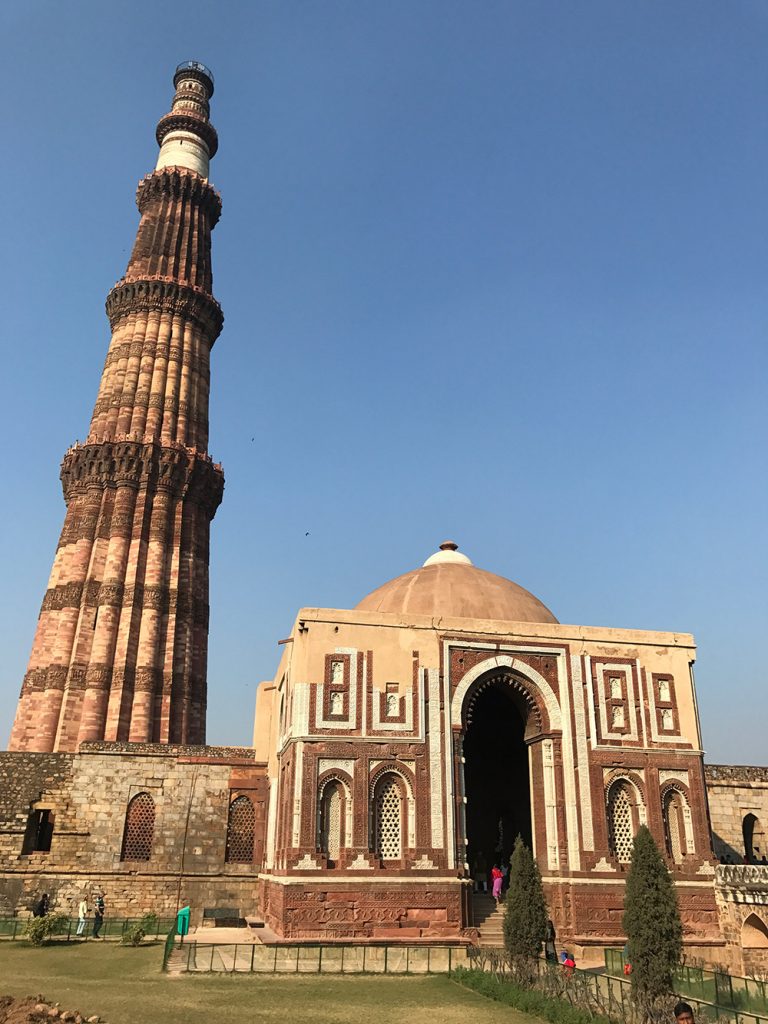 The desire to erect towering structures to reflect the might of monarchs and the need to create large congregational spaces for a new religion, led to the development of a new pattern of spaces. The use of Hindu craftsmen, local building material fused with Islamic construction techniques, lends the Qutub complex a unique character.

The walls of the minar are inscribed with, beautiful verses of the Quran and tales of the towers history.