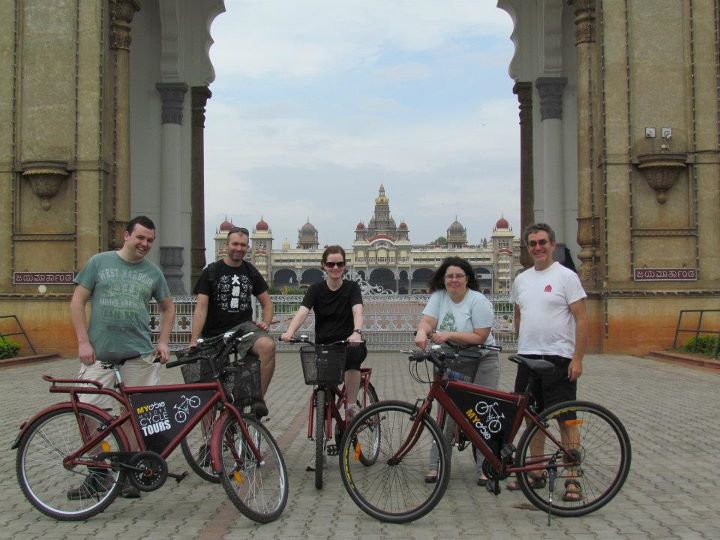 Present day travellers are fed up of the regular sightseeing tours, which drag them to all the main spots in a historical place, without allowing you to absorb anything. Such tourists are fascinated about understanding the history behind a place that they visit. They are also eager to discover the intriguing details of a bygone era that are now lost in the narrow bylanes of a city. The cultural capital of Karnataka, Mysore has something interesting to offer for such offbeat travellers who would want to go an experiential trip and discover some hidden gems lost in the pages of history.

Talking to Vinay Nagaraju of Royal Mysore Walks, I realised that people do have an interest in history and historical sites. Vinay clarifies, “Most of us learn history in terms of dates and people – Who did what and when? But if we learn about history as a story, wouldn’t it be much more interesting? There are numerous trivia that we can talk about Mysore’s history. For example, why does the space organisation NASA display a painting of Battle of Srirangapatnam? Or how are the American War, the French Revolution, and the Battle of Waterloo related to Mysore? Such intriguing questions make us wonder what lies beneath.”

Established in 2009, Royal Mysore Walks take travellers on a guided tour of interesting spots in and around Mysore, either on foot, on jeep or on a cycle. They organise 20 different kinds of themed tours ranging from the Colonial Mysore Tour to the Artisan Tour. There is even a Gravity Tour where travellers need to walk, cycle and trek up the Chamundi Hill! 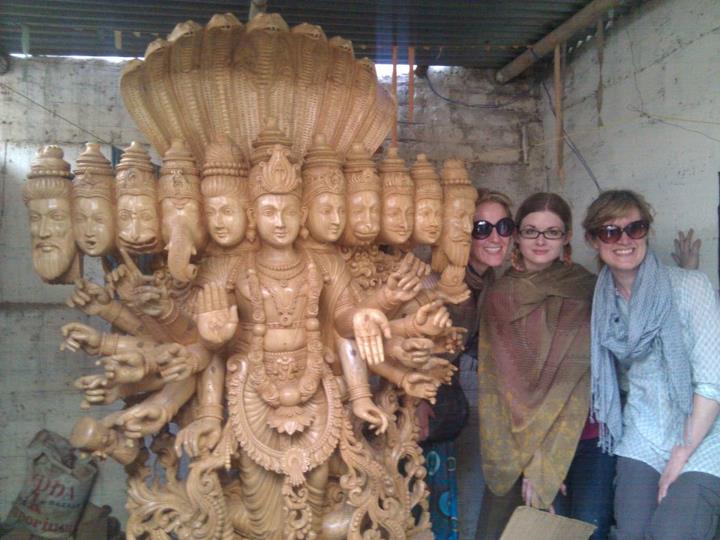 But why walking tours? Vinay explains, “Tourists are no more interested in whirlwind tours across the city, which cover all the main spots in a day. They would rather walk down interesting avenues and narrow bylanes of the city and understand the culture, and imbibe the smells and sounds of a place. Discovering new things certainly gives a richer experience; so to cater to this need, we devised our Offbeat Tours”.

Offbeat Tours are more of an experiential trip where people interested in a particular theme such as fine art, music, spirituality are taken to specific places in the city. These customised tours are ideally done for a group of like-minded people who can choose either half or full day option. Under the Artisan Tour, travellers are introduced to Mysore’s renowned stone carving and wood inlay work artisans, who have fine tuned their skills through the knowledge tracing back to generations. Similarly, another fine art tour introduces you to the intricate art of Mysore Style Painting.

Yet another offbeat tour takes tourists on a journey to understand how Mysore Silk became the most famous export from this cultural capital, which has nurtured the art of silk worm rearing to weaving the purest form of silk sarees. Under the Colonial Mysore Tour, one gets to see the various palaces of Mysore the king built and understand the different architectural styles of the British Raj. Of course, there is the Food Tour that caters to the gastronomically inclined tourists! Since Mysore is well known for its culinary delicacies such as Mylari Masala Dosas, Mysore Pak, this theme is quite popular. 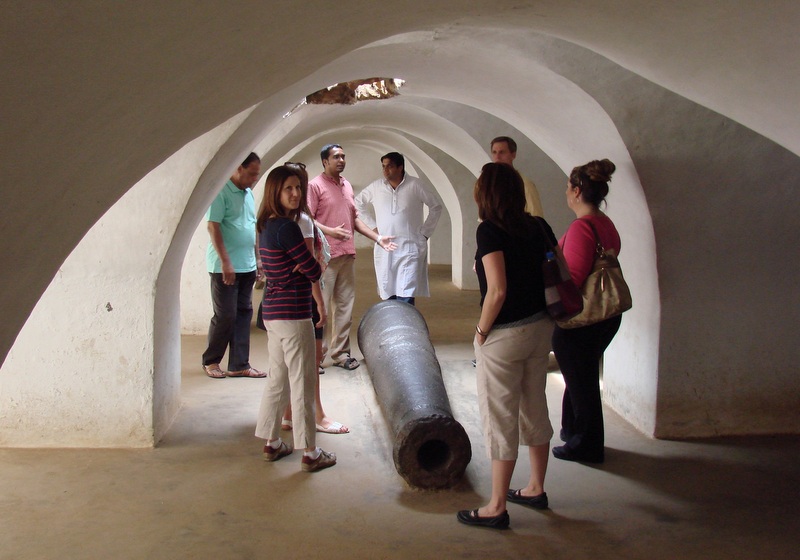 Royal Mysore Walks has an eco-friendly aspect as well. Its Cycle Tours are quite popular among foreign tourists who are accustomed to riding bicycles around the city, unlike we Indians! Moreover, cycles help in navigating narrow by lanes in the older parts of the city such as Agrahara – which still hold a lot of fragments of the bygone era. Seeing artisans skilfully producing handmade incense sticks and inhaling the intoxicating smell is a truly memorable experience!

The most basic tour is the Royal Walk, which covers some of the major attractions around the Mysore Palace such as town hall, Devaraja Market, etc. The Best of Mysore Walk provides an insight into the best features of Mysore, the colonial connection, the era of the Mysore Maharaja, the stories and the people of Mysore. The basic package begins at Rs.600 and the higher end themed tours can cost you up to Rs.2,000. Tour activities are organised throughout the week and interested travellers can log onto the company’s website to book the tour of their interest.

Vinay states that finding guides who will explain the historic aspects in detail was never a hassle. Everyone at Royal Mysore Walks has left their mainstream job as an engineer, architect or as a company secretary to become a guide, mainly because of their passion. They have devoted themselves towards building awareness and promoting the cultural heritage of Mysore, a city which is close to their hearts. One tends to wonder, how a young team of working professionals can be so fascinated about history and archaeology!