Tarkeshwar Temple – An Amalgam of Truth, Mysticism and Faith 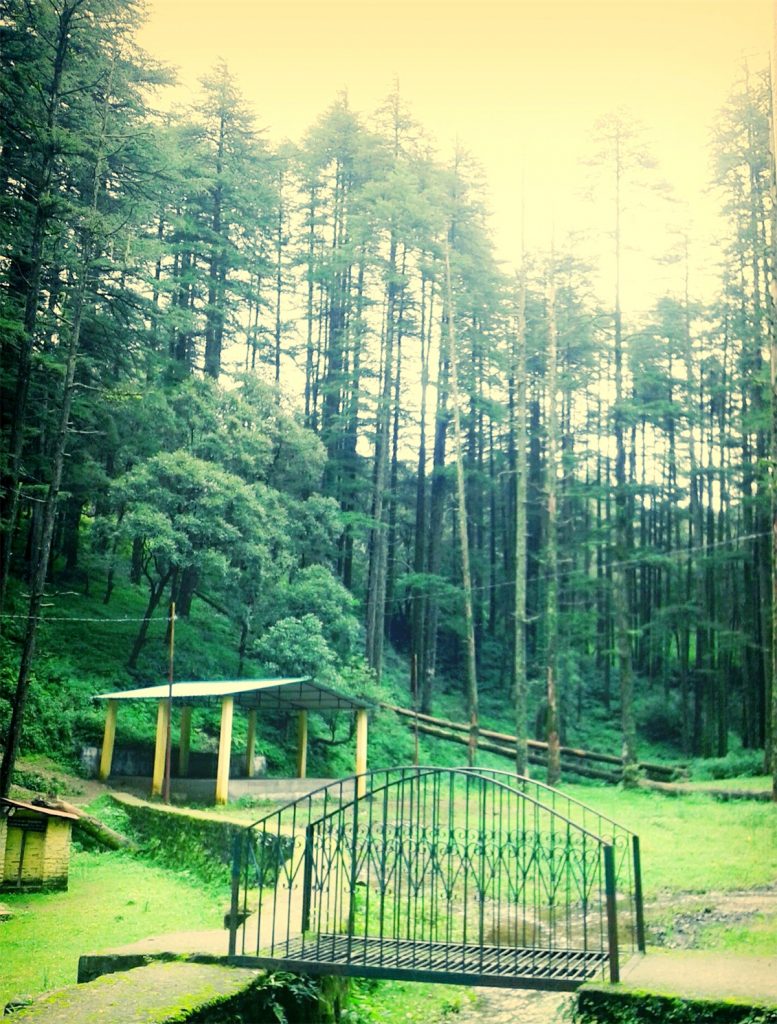 Being the second generation of immigrants from Gadwal, we always spent summer holidays in our ancestral homes. Holidays were fun there as we got relief from schools, homework and Delhi’s excruciatingly hot temperature. It was the time of the year when we would meet our cousins and grandparents. We enjoyed both the familiarity and unfamiliarity among the indigenous people there. But as time flew I grew less excited about our regular trip. It was then that my mother, trying to refurbish my excitement, planned to take me to Tarkehswar temple.

Knowing her daughter’s love for stories she narrated the folklore cum fable associated with Tarkeshwar Mahadev. The fable revolves around the faith that every time there is some auspicious deed happening in a house, one has to visit the temple to express gratitude.To illustrate the point the story talks about an entire ignorant marriage procession being turned into trees for not visiting the Tarkeshwar temple. The significant mythical evidence for the story is the presence of some trees bleeding if cut with an axe. Now when I think about the fable I speculate, may be the people were so modern then that they didn’t need concepts like afforestation, global warming and climate change to realize that forests hold much importance in human lives. 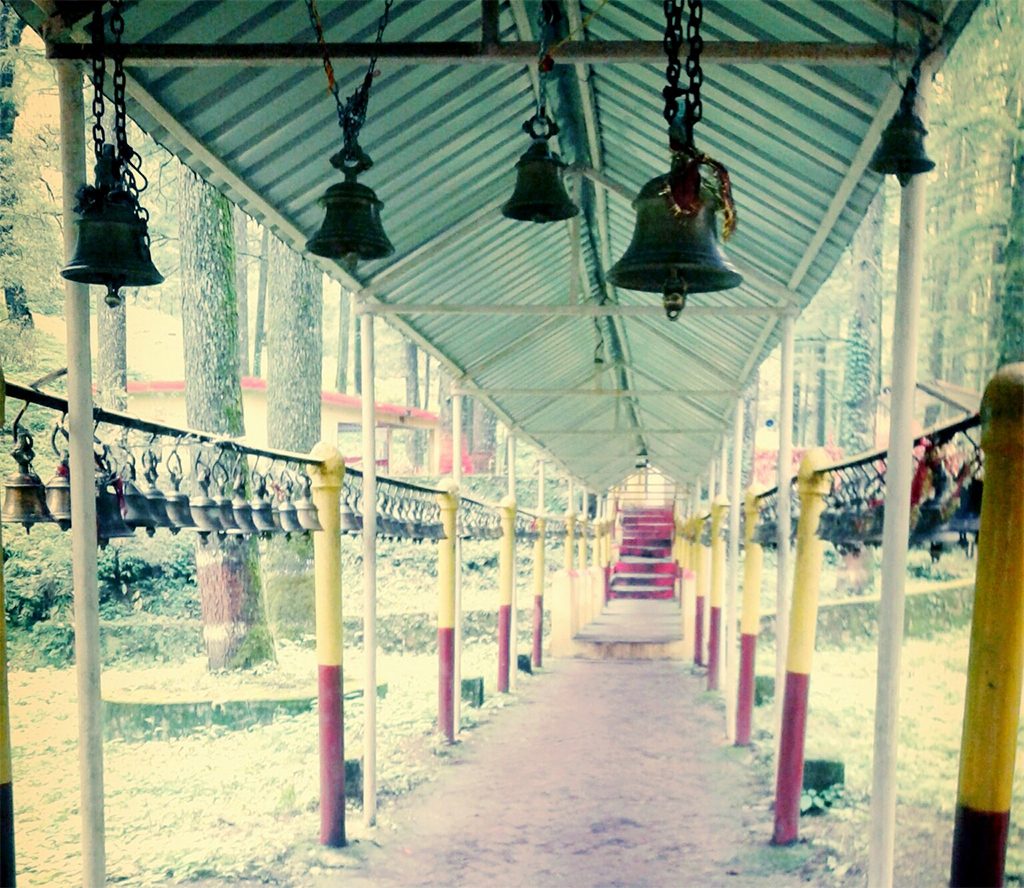 As a kid I believed the story and was scared to displease Lord Shiva. From my maternal grandparents’ house the distance to the temple is 12 km. We walked the whole way simply because we didn’t have any other option. But now the temple can be reached by hiring a taxi from Lansdowne to Gundalkhet Village or directly to Trakeshwar. Nearest railway station is at Kotdwara (70 km) and airport at Jolly Grant Airport, Dehradun.

We treaded the sloppy, steeping walkways and Nanu kept pointing to one place or the other, while mentioning its name. On the way, I saw the school where my mother studied and the place from where she denied leaving her studies in-between; because back then telling him on his face when he was at home was like asking for the devil’s wrath. Nanu also named the different trees and their fruits which were natural delicacies consistent from his childhood to mine. And in this way our five hour long journey was completed. 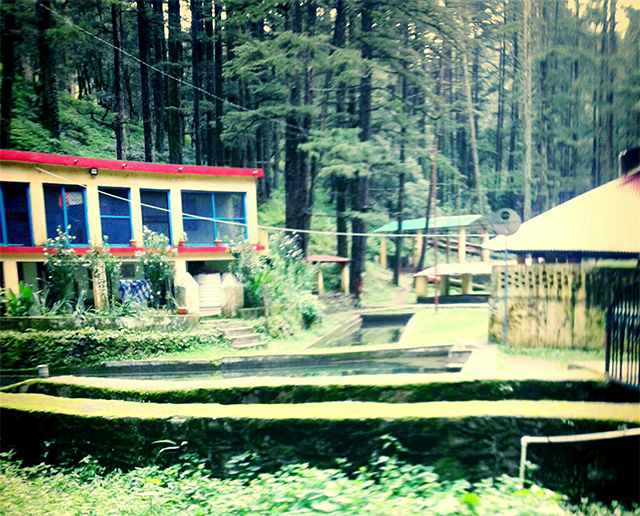 What welcomed us at Tarkeshwar was a huge tree in the shape of a trishool, a weapon associated with Lord Shiva. It was almost impossible for me to believe that among thousands of deodar trees only a single deodar is in the shape of a trishool, which is in the compound of the shrine. Now there are four trees like that in four different directions surrounding the Tarkeshwar temple. Back then, seeing my expression of awe, Nanu took us inside and asked me to count all the bells of the temple, which was like counting stars. That many were there.

On an average day, 3 or 4 bells are offered to Lord Shiva after the fulfillment of a wish. In trying to make him believe that I am actually counting bells, I touched every bell I saw. And I was not the only one doing it, the gentle breeze there was also trying to caress every cold bell making them jingle. The jingling sound mixed with the chirping of birds and the sound of gushing water was harmonious.

When inside the temple my family offered milk to an idol of Lord Shiva I got offended because I was more inclined to facts than faith. I tried to make everyone understand that we were wasting milk. And then I got to know about the underground capillaries from Tarkeshwar to a place 25 km away from it, named Jhalsain, where the offered milk reaches and is taken home for those who are struck by evil spirits. 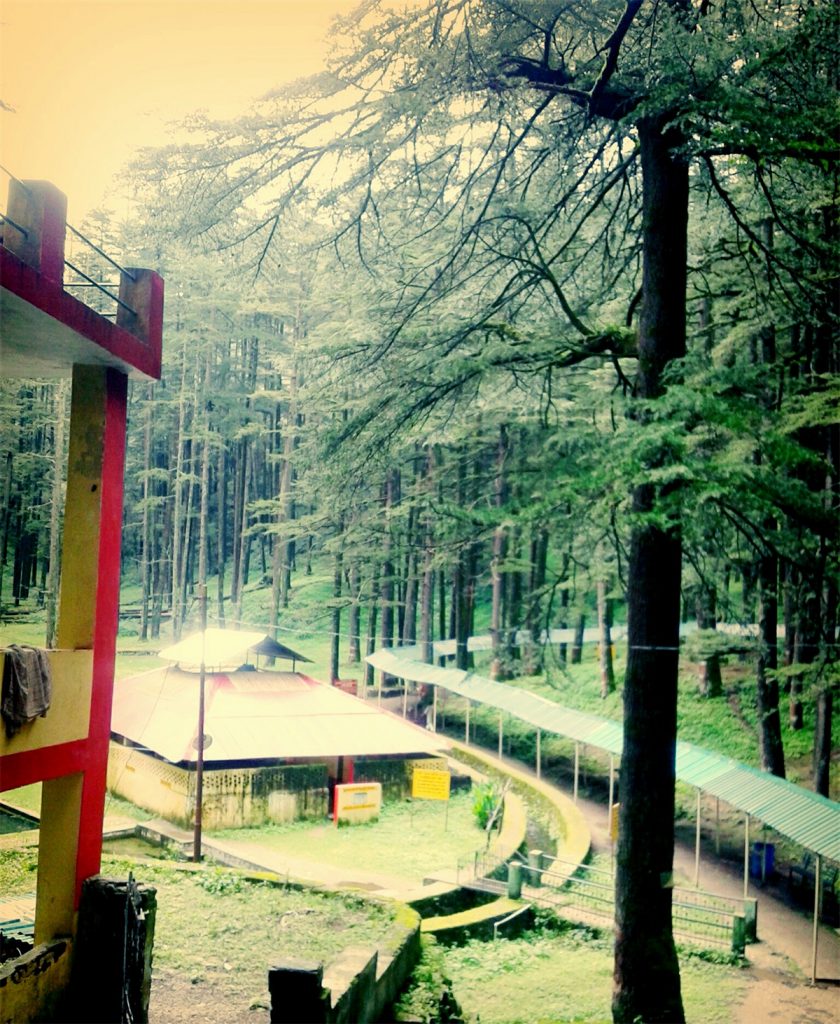 As the residing deity of the temple is Lord Shiva, Mahashivaratri, Deepavali, Annakuta and Nrising Leela are the festivals celebrated annually with great enthusiasm. Best months to visit the temple are from March-October because the place is packed with festivals and the weather is just perfect. Back then there was no option for accommodation but now there is an ashram and a Dharamshala. If prior information of visit is confirmed, one can stay there and food is served as per ashram rules at Dharamshala.

Tarkeshwar temple is situated in a cup shaped valley surrounded by the majestic pine and deodar tress. If not the faith, at least the enthralling beauty of the shrine claims your spirituality. The place is guarded by mythological stories making it nothing less than an amalgam of truth, mysticism and faith. It’s an inner struggle between cherished facts and neglected faith which gets activated there. Being hybrids we always have to face this dilemma of choosing between city and village. For me personally, the wilderness claims my soul and the city possesses my heart.