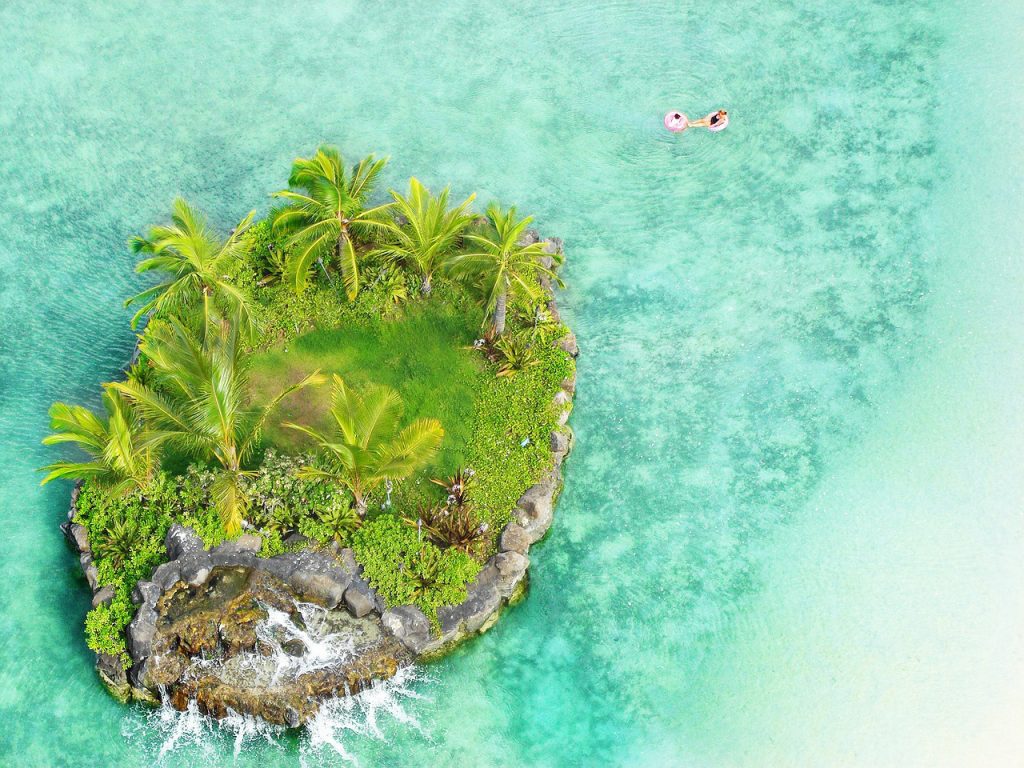 Hawaii is indeed a paradise for all kind of vacationers, no matter what age or type. There is a fantastic scenery of rainforests, volcanoes, and beaches that will get permanently etched in your memory. Hawaii is indeed a very special and unique place to visit, and its extraordinary destination and amazing Hawaii beachfront home make for some of the best accommodations. While there’s nothing wrong with enjoying the most popular spots of Hawaii, but it sure can be exciting to visit those less touristy places that create a unique and unforgettable experience. Take an off beaten path while in Hawaiian and discover some of the hidden gems that promise an amazing experience to every holidaymaker. Go ahead and pick your own neighborhood and explore the locals-only spots. Meet the people on the island and interact with them. Hawaii is a long haul, no matter where you’re traveling from.

Here is a list of those top offbeat spots in Hawaii!

Also known as the Stairway to Heaven, it seems as those stairs on the island of Oahu disappear into the sky. It is a simple wooden ladder that is attached to the cliff. Installed during World War II, the purpose was to help set up a giant VLF transmitter that used antenna cables spun between the cliffs. It is Hawaii’s beloved hike but requires a $1 million insurance plan as the Stairway to Heaven was damaged during a storm. One has to be careful with the narrow, and steep steps are a lot more treacherous than ever. Still, it those 3,922 stairs remain the greatest attraction on the entire island and leads one to the imposing mountain ridge.

Pineapple Maze happens to be the most massive plant maze in the world. Located at Dole pineapple plantation, it is made up of two and a half miles of paths that weave through two acres of native plants. A current Guinness record holder, the garden is not a labyrinth but a maze as there are so many possible routes. Today, it boasts of more than 14,000 plants and has a pineapple-shaped garden at the center. One can follow those fastest times signs posted at the entrance. However, most visitors take about an hour to complete the maze while some have done it in just seven minutes!

In Hawaiian, Kilauea means “much spreading.”. The Kilauea volcano is the world’s most active volcano and located on the Island of Hawaii. You get transfixed watching those giant curtains of fire at the base of the volcano, forming a specter of color and a shifting wall of magma Those curtain of fire are not based on the explosive activity from the volcano and the cause behind is the expansion of gas within. The shallow slopes of Kilauea make it work as a shield as they direct the heavy fluid lava away from the volcano.  As the lava stretches under the force of its own weight, fiery curtains of magma erupt from the fractures or fissure vents that develop.

Papakōlea Beach is one of the only four green beaches in the world! Also famous as the Green Sand Beach, it is located near South Point, Hawaii. It gets the distinctive coloring because of the mineral olivine. The beach is circled by Puʻu Mahana, a cinder cone that was created about 50,000 years ago. The secluded sandy beach is shaped like a giant bowl. Those greenish, semi-precious stones get deposited on the sand by the ocean’s wave. Surrounded by pasturelands, the beach is accessible by foot, and one would need to go for that additional climb down the cinder cone to reach the green beach.

If in Hawaii, one should not miss the chance of sleeping in tree houses.  After all, it is indeed an amazing experience to sleep in an open-air, solar-powered treehouse. Located in Hawaii Volcanoes National Park, the treehouse is fully equipped and comes with a warm-water shower and a flushable toilet. Surrounded by rainforest, one gets an eerie experience and at night can gazer at the stars in clear dark skies. Enjoy the experience of staying put in a secluded bamboo treehouse. Nestled on top of the local flora, you get amazing views all around.

Waipi’o Valley is indeed magical hat with its scenic viewpoints. Those wilder black-sand beach and lush waterfalls beckon explorers and hikers. One can opt for hiking or ride a mule-drawn wagon to reach there. One can even kayak in, but only when the conditions are just right. Get ready for the most spectacular views on the way as you head towards the Waipi’o Valley.The valley is deeply carved into the mountain and filled with thousands of foot cliffs and waterfalls. The largest of the seven valleys on the windward side, one gets a scenic drive as they cross the sugar cane plantation, many other flowers, and foods.

The famous manta ray dive in Kona during the night is regarded as one of the most memorable dives around the planet. This is one activity one should not miss. Diving at night is very thrilling and what adds to the thrill is the experience of swimming with the manta rays. Enjoy the corps de ballet of Pacific manta as their wingspans of 10ft and javelins like tails swim near you. Snorkeling is even better as you get the chance to get closer to these graceful animals. The manta rays that exist in the Hawaiian waters and the reef manta rays found here are the second biggest species of manta rays in the world.

It is only at the fantastically diverse Hawaii Island s that one can look forward to creating a unique holiday experience. There are snow-capped peaks, sandy beaches, modern mega-resorts, age-old fishing and a lot more. You can take your pick to experience a tropical splendor in the dramatic terrain of Hawaii.