Tripping Amidst the Greens – Guwahati to Shillong 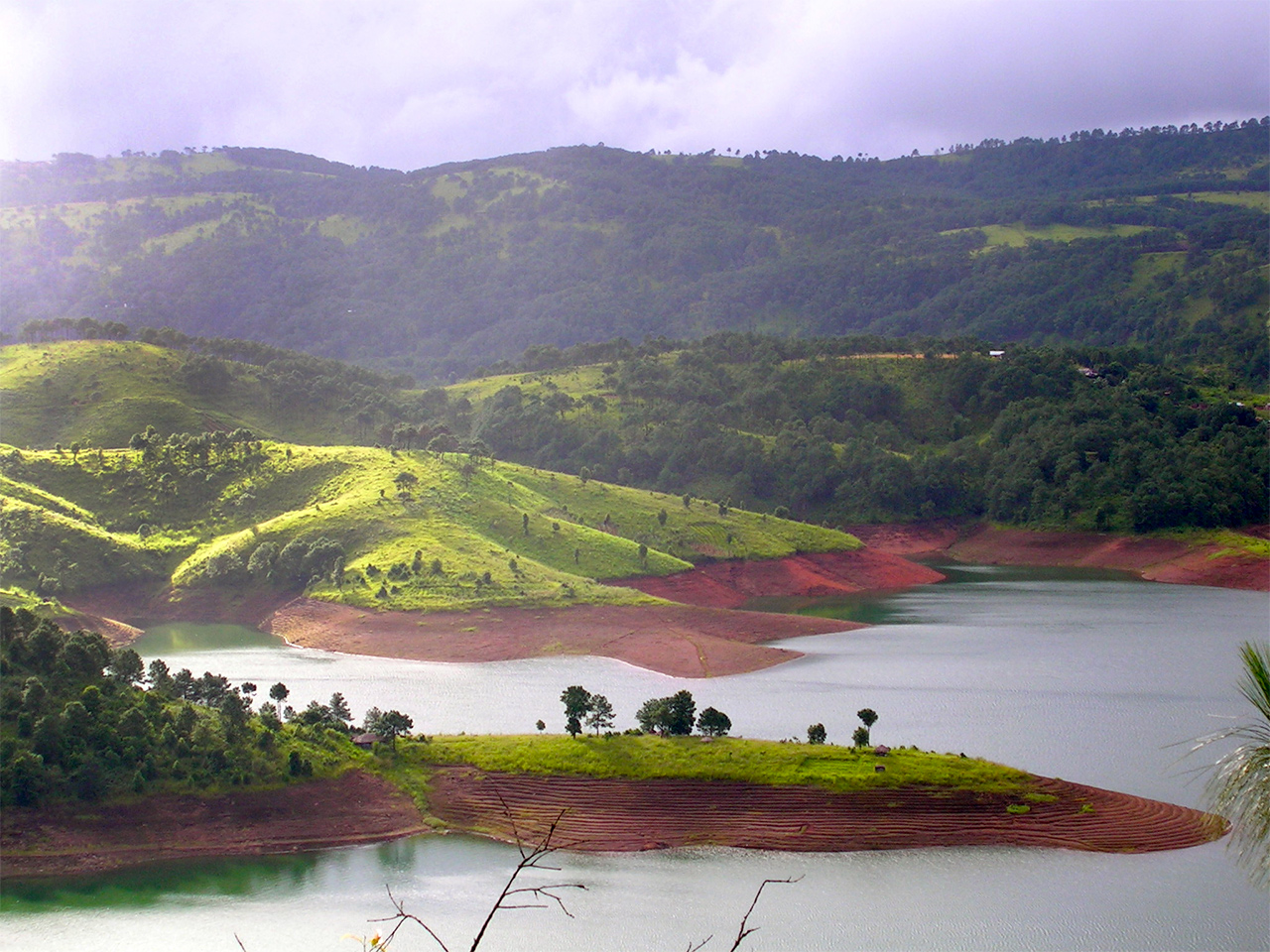 An encounter with nature is truly an eternal one. And I can vouch for this, thanks to my unforgettable experience in Shillong. Travelling amidst the hills, I let my worries take a backseat while embarking upon a journey to the ‘abode of clouds’—Meghalaya with my family. Starting our trip from Guwahati early in the morning, it’s a three hours drive on the highway. As we drove up the lush green valleys, I admired the scenic drive and let my mind submerge in the mesmerizing beauty of the greens. 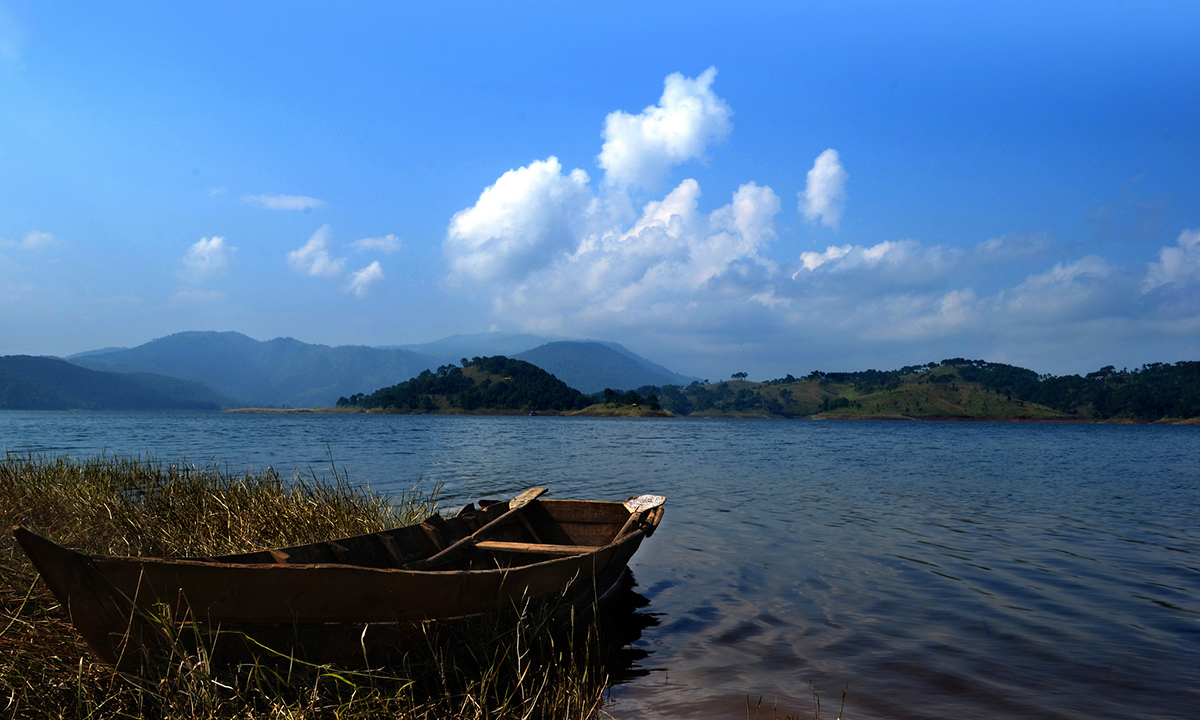 Our first stop was Barapani Lake located in the hills 15km to the North of Shillong. Right on the Shillong-Guwahati highway, this man-made lake is a treat to the eyes. Stretching far into the horizon, the green land borders the dazzling blue water that can be enjoyed by the visitors by taking motorboat rides. Surrounded by pine trees, the place will come to you as a sweet surprise.

It was around 9 am when we entered the city of Shillong. As we made way through the city roads, we could catch a glimpse of their culture and legacy with men and women wearing their traditional clothes. Further, the hustle and bustle did not bother me much, for it was quite different from the unpleasant din of the city. The city is also filled with many cottage-like houses built with an archaic touch. 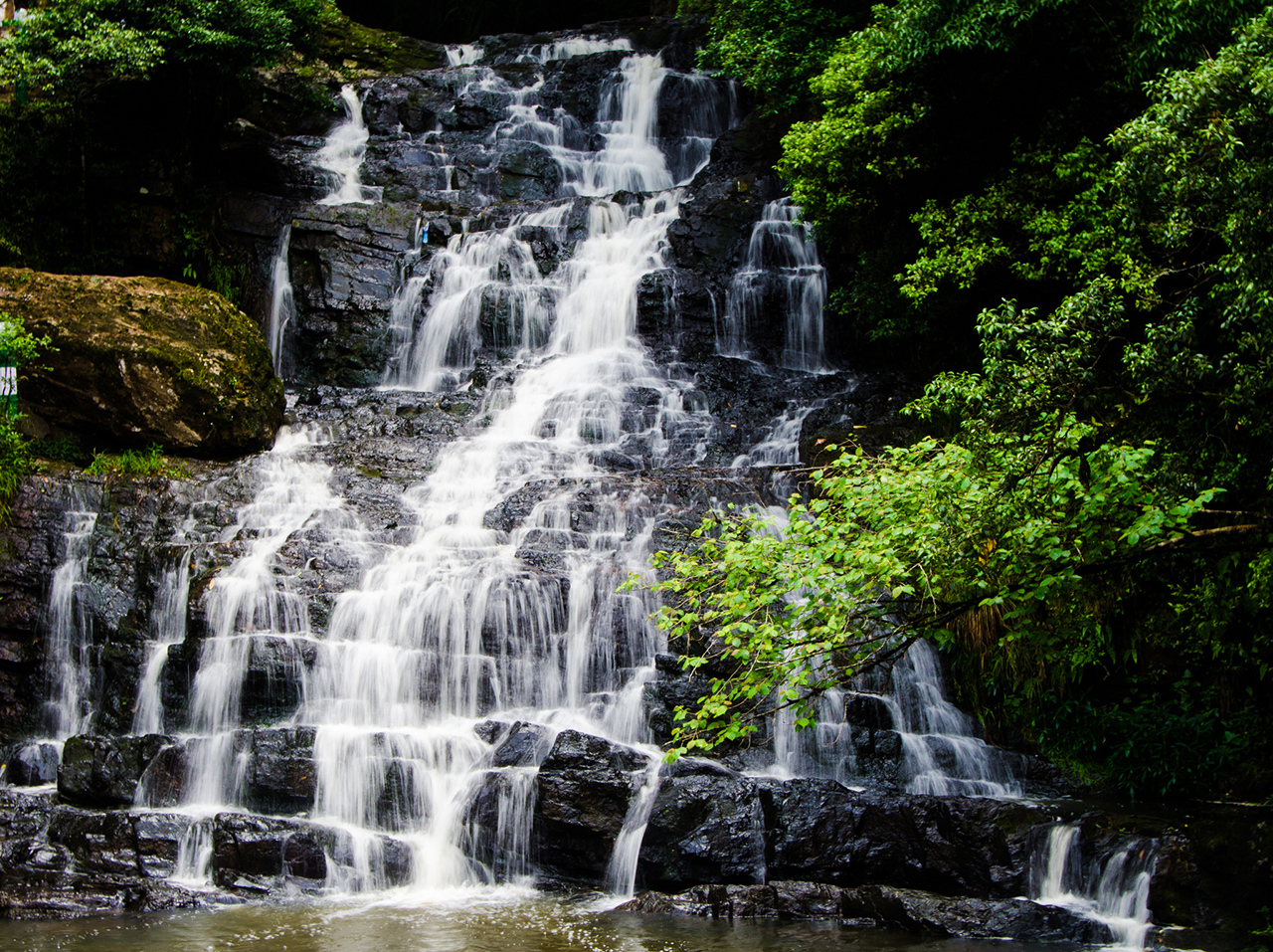 We then headed to see Elephant Falls, one of the most attractive and popular tourist spots in Meghalaya. There are steep steps en route to the waterfalls, which is located 12km from the outskirts of the city. It is said that the falls is a combination of three rivers and was named by a British officer after he saw a rock that looked like a giant elephant. As we came nearer, we could hear the crashing sound of the water on the surface and I took a few minutes to grasp the beauty of the falls.

View Point Of Shillong – The Shillong Peak was our next stop. Far beyond the city, tucked away on the outskirts, Shillong Peak is the highest point in the state. We reached the peak point from where we had a breathtaking view of the city. Small houses scattered here and there could be seen amidst the luscious greens. Interestingly, there are also many souvenir shops around the place that are managed by women. This is one of the many examples of Meghalaya’s matriarchal society where women call the shots.

From there, we drove up the hill further to see Cherrapunji. Once the wettest place on earth, it holds two Guinness world records for receiving the maximum amount of rainfall in a month. The valleys and the hills around the town were dipped in different shades of green and the first point of Cherrapunji provides an amazing view of the hills. However, the view gets more obscure due to thick fog during monsoon.

Our next destination was Mawsmai cave. It is a natural cave protected and developed as a tourist spot by the Meghalaya government. Situated 6km from Cherrapunji, it is a major tourist attraction and a treat for adventurous people. It is apparently the only limestone cave which is lit enough for the tourists to help them see the natural formation inside. Making way through the cave and finding the exit and reaching the other end seems like the only goal at that moment. 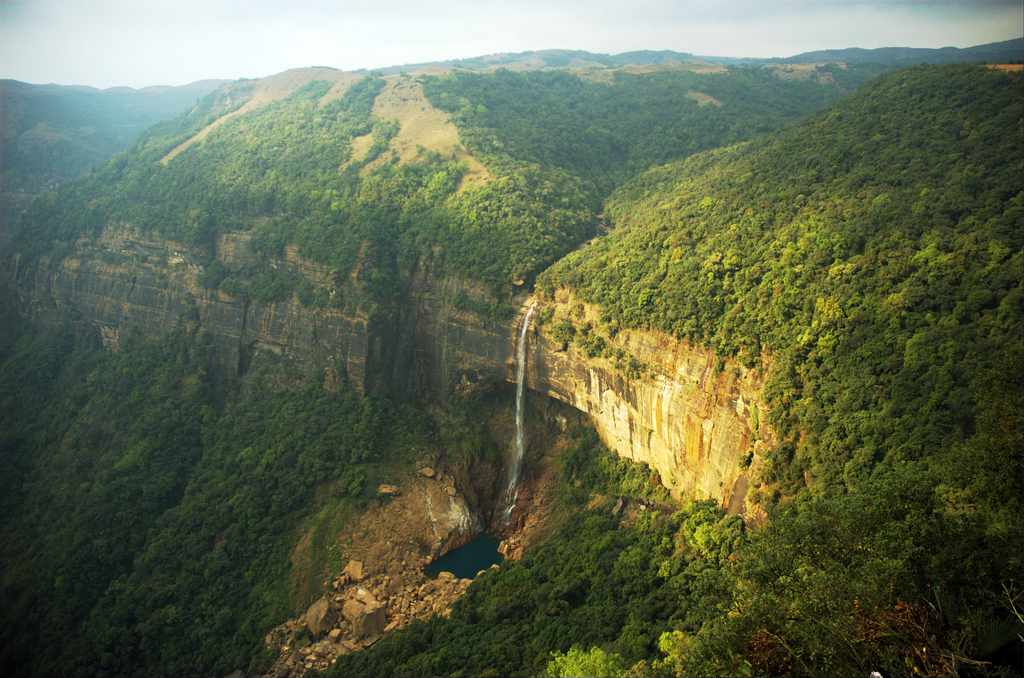 After cave hunting, it was time for us to have some food and I did not expect to have pure Bengali cuisine far above the hills in Cherrapunji. However, what really impressed me was the diversity in the small town. While enjoying my food there, I saw a Punjabi relishing authentic Bengali food served by a Khasi woman!

That place was different. It was serene, simple, beautiful and attracted many tourists from all over the world. Yet it seemed so unperturbed! Visiting places like these brings a feeling from within that peace lies in no wealth that we run for but in the company of nature and simplicity.

With some good music, we then resumed our journey and our next stop was Eco Park. Several hills could be seen from there, too. Far beyond the hills, we could also the Sylhet plains of our neighbouring country Bangladesh. The park is stretched on a green patch over a large area and is home to many indigenous orchids as well 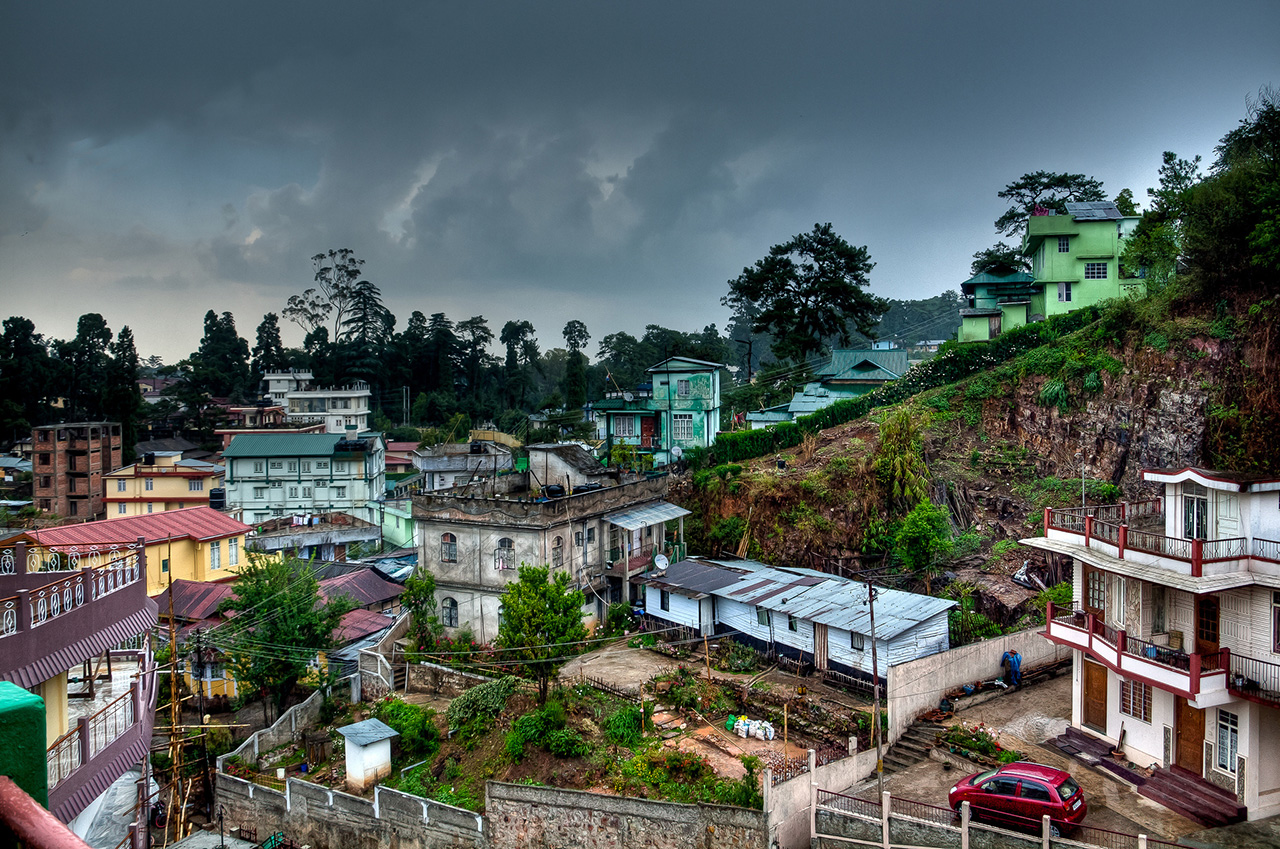 From there, we headed to our next destination Nohkalikai falls, which is the tallest plunge waterfall in India. Interestingly, it has been named after a girl who jumped off the falls. Unlike Elephant falls, this falls collects rainwater which crashes on the plunge pool formed at the bottom and is greenish blue in colour. There are also many souvenir shops around the place.

As the sun started to set, we could see the clouds hovering over the vast abyss in between the green hills. And with this, our trip too had come to an end. While going back to Guwahati, we drove through the city roads once again and it was time to say goodbye to the hills, to the beautiful archaic houses, the shops, the falls, the caves and the fascinating indigenous culture that had left us in awe. I was returning home, but a part of me left behind there, forever!