Another Name for Courage – Vinita Deshmukh 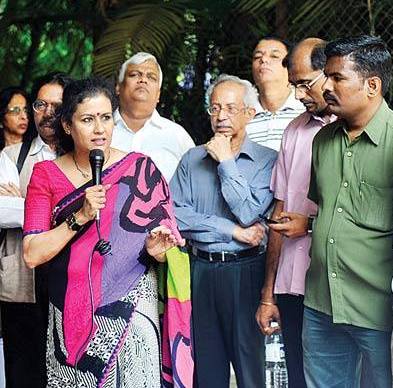 ‘Freedom lies in being bold.’ Aren’t these words by Robert Frost enlightening! However, many of us have forgotten this message, barring a few. Those few among us are truly bold and have the courage to question the injustice. In my memory, one name stands tall – Vinita Deshmukh – a name that everyone is familiar in Pune. She has won several awards for her work as a journalist, who has gone beyond the call of duty and has taken innumerable social causes.

Vinita’s courageous acts and investigative reporting have brought her many accolades like the Statesman Rural Reporting Award in 1998 and 2005, the Top Management Consortium’s Award for Excellence in Journalism in 2010 and many others. She also wrote a series of articles against the land provided to Dow Chemicals due to which the multinational company had to return back 100 acres of land. The fight went on for 10 months, but she didn’t give up. For this, she was awarded the prestigious Chameli Devi Jain award for `Outstanding Mediaperson Of The Year’ in 2008.

Starting her career as a journalist 26 years ago, Vinita’s journey was never smooth. Sharing memories from her early years, Vinita says, “During our time, newspapers used to hold some value in the eyes of the readers. Journalists had to work hard to bring out the fact. Editors used to have a hold on the editorial content and never compromised with news. However today, things have changed. Marketing has taken over the newspaper and the editor’s hold on the content has eroded.” 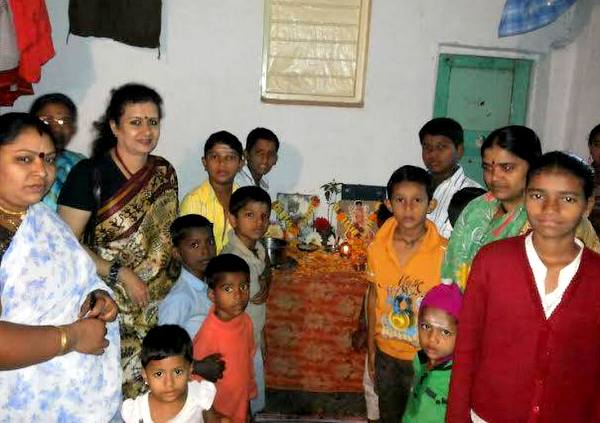 Vinita has been a well-known RTI activist and a social worker as well. Through the power of the Right To Information Act (RTI), she has unearthed many facts and brought them to media spotlight. RTI was the primary reason for her to enter into social work. “I remember, when the RTI law was passed in 2005, and people of India were given new power to check the official files, things changed drastically. I got the power to see an official file just as a minister would see it. Then I realized that this law has given immense power in the hands of citizens and if utilized properly, I can help the society at large. Hence, I ventured into the social work,” she recollects. 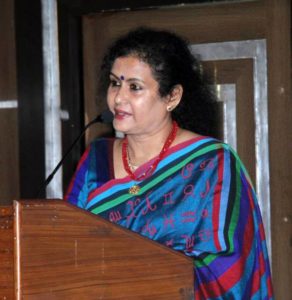 Vinita soon realised that just writing provoking articles and bring out the truth to the society is not going to work. There was a need for someone to stand up and question the injustice. Corruption is rising and citizens of India are facing more trouble than ever. To have a check on such activities, she decided to stand against it. She has filed numerous RTIs and has published the stories in MoneyLife Magazine, where she is a consulting editor, and run a weekly RTI column. “Before RTI, I used to rely on other people for the stories, whereas now I was able to get them on my own. Officials were bound to give me information, and I properly utilized them,” adds she.

Her fight for the injustice didn’t end here. She joined Nav Bharat Democratic Party and even decided to stand for the Lok Sabha Election of 2014. “This was another interesting phase of my life. While fighting for the Metro plan in Pune, I realized that it is politicians who have the ultimate power. It is they who pass a law and sanction a project. No matter how much we do, without their nod, nothing can change. This motivated me to stand for the election,” says Vinita.

Vinita believes that political participation will not only motivate youngsters to be a part of the changing world, but also show them a way to bring about changes. Change is slow, but somebody has to make a move. However, she had to withdraw her nomination back from the elections. She explained, “Nav Bharat Democratic Party is based on the similar ideologies as AAP. When AAP formed, I saw that people with same motto and ideologies are joining them. I decided to take my name back to avoid any sort of confusion among our voters. Two people with same ideologies from two different parties will divert the vote, which I didn’t want.” 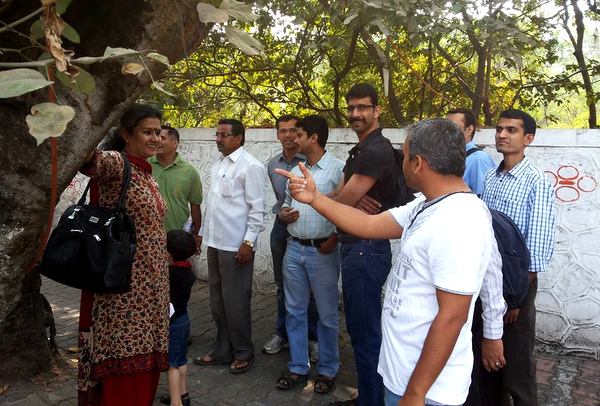 Vinita Deshmukh firmly believes that every Indian citizen should vote and it doesn’t matter whom they are voting. She states, “If we have somewhere between 75-80% of voter turnout, then we can expect that people will bring about good governance; which is the need-of-the-hour. It is the citizens who can keep a check on governance. RTI has given as a weapon to citizens who can now question any government official about their work. As per the RTI Section No.4, the authorities must provide a detailed report of the work done by them. However, at present, minimal activities are being documented, but RTI still gives power to the citizens to see the official files.”

Despite being in her 50s, Vinita is quite active. Her day starts at 4am in the morning when she begins with replying the several emails she gets. Then, after her breakfast, she is out in the field, meeting people, or filing RTI applications or speaking at meetings. When asked about her abundant energy, she gave an unusual answer, “It’s injustice that gives me power to fight. I can’t stand injustice. Whenever I see it happening around me, my blood starts to boil and I start my investigation.”