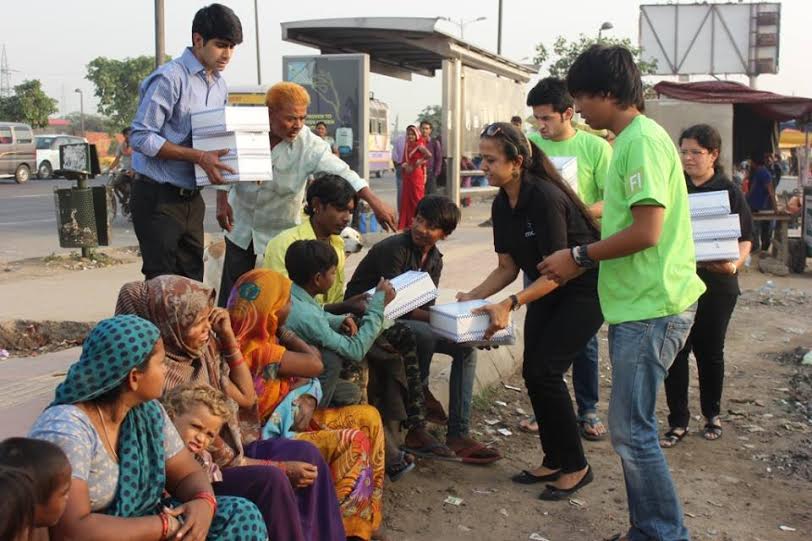 There is no denying that we Indians love food. Our cuisine envelops a wide range of recipes which are influenced by the diverse topographical conditions and different cultures that flourished in our subcontinent over the years.

According to a recent study by GFK, an average Indian spends about 13.2 hours a week on cooking, which is the highest in the world. Scientifically, it has been found that 200 out of 381 ingredients used in Indian food maintain their own unique flavor.

Since we love our food, we spend nearly 25% of our household budget on it. With a great wealth disparity, the elite sections readily spend a big fat amount to maintain their lavish food habits and lifestyle, especially during weddings and other social events. According to the Indian culture, sending off your guest without his stomach full is considered a sin. So the tradition of preparing extra food is followed which often results in the wastage of food in large volumes.

According to a United Nations Development Programme report, up to 40% of the food produced in India is wasted. As the rich dump their gourmet food in the trash cans of a fancy hotel, the impoverished ones lay hungry on the roads nearby. India is home to such 194.6 million undernourished people, which is the highest in the world, according to an annual report of the United Nations Food and Agriculture Organization. Thus, nearly 2o crore Indians sleep with hunger every night.

Ironically, the amount of food wasted in India is equal to the food consumed by the whole of UK. The obvious solution lies in channelizing the huge volumes of the wasted food to the hungry population. But it would require that one simple human endeavor which we seem reluctant to do unless we have some self-vested interests, i.e. AN EFFORT, especially a selfless one. 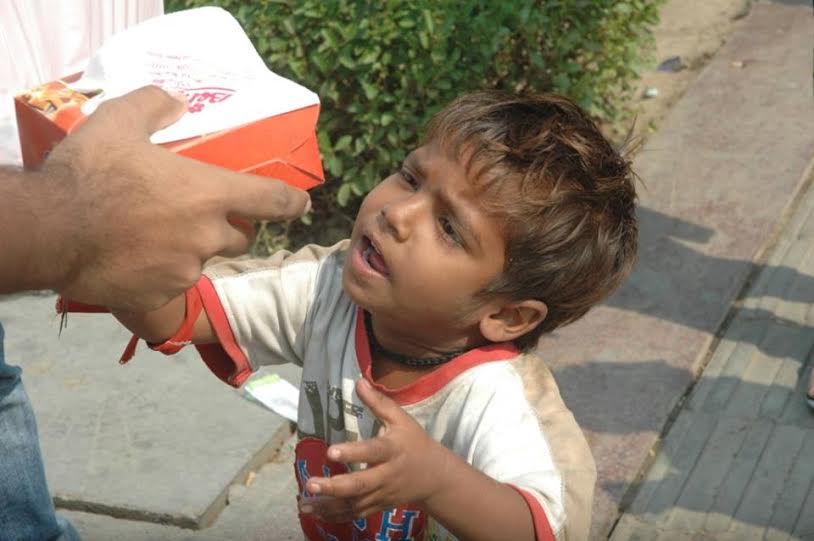 ‘Feeding India’ is one such non-profit organization which has made that effort. It is a group of young working professionals volunteering for a cause along with their mainstream jobs. Feeding India aims to connect Hunger and Food wastage, two major social problems of our country, as a solution for each other. They are voluntarily channelizing the excess food from individuals, weddings, restaurants to the people who really need it, with a single belief that we don’t need to create new food to feed the less privileged, but simply direct the extra food which is already made.

The NGO, which started as a team of five in August 2014, has now risen to an army of 200 student volunteers. In less than 8 months, they had served close to 2,00,000 people. Each time a volunteer completes the cycle of picking up excess food and donating it to the hungry ones, he is called a ‘Hunger hero’. The leftover food at weddings, parties, and other events could satisfy the hunger of thousands instead of going into trash cans. All one has to do is “Call Feeding India before they book a party” and then, all the logistics are taken care of by Feeding India.

It all starts when the team receives a call from an individual/caterer/restaurant owner or any stakeholder organizing a party or function with a guest list of more than 50 people. Just like they call florists, decorators, caterers and music bands, they call Feeding India to pick-up their extra food at the end of the event. They make Feeding India a vital part of their event preparations.  What Feeding India team asks of them is to cover their transportation costs by donating one plate’s cost to them. The significance of the role played by Feeding India lies in the fact that by just donating the same amount they spend to feed one person at their event, the party organizers can now virtuously feed up to 100 or more hungry people. 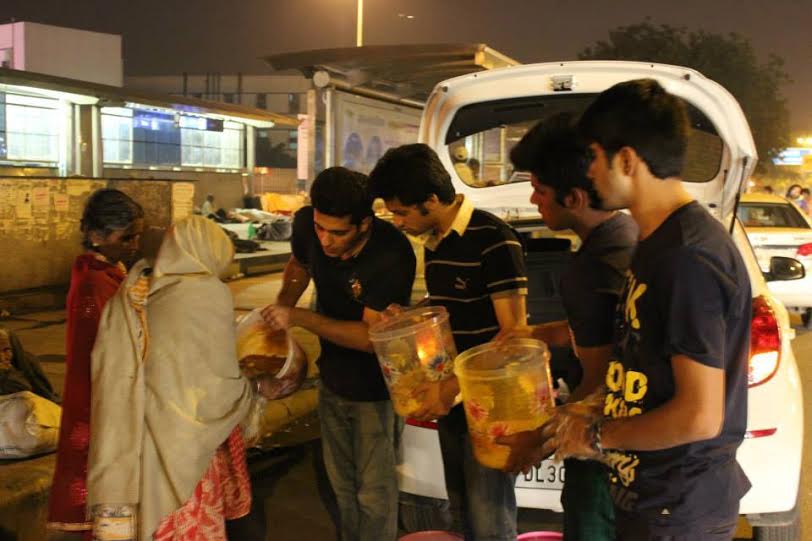 Apart from channelizing leftover food to the needy, Feeding India tries to serve people in many other ways. The second day after DU admission cutoff list was out, Feeding India set up stalls at few colleges and distributed free water. Under the severe heat of the sun, this simple gesture was highly appreciated by the people, so much so that several people applied for the volunteer position at the very place.

Most of us get a lot of things in our lives without much struggle. So, we fail to realize their true value and take them for granted. Food might be one such thing for us, but there lies huge impoverished population that knows the importance of a full meal. The satisfaction, the happiness, and the tears that are much evident in the eyes of the hungry souls when they are served stomach full of food is really inexplicable.

Further, the fact that the leftovers would satiate the hunger of many people instead of piling up in the dustbins leaves you with a true smile of satisfaction. Lastly, what could be more appealing than carrying food from a cheerful owner to a few unfortunate souls who bloom with joy as you feed them?

Today, Feeding India is not just channelizing excess food, but also real happiness across two distant and divided sections of the society by bringing them closer in a unique way.

It’s time to bring about a change that needs to be sustained with participation from people like you and me. India is hungry; Feeding India strives to satiate that hunger and spread the joy.