These celebrities are showing that there are better reasons to follow them, apart from their on-screen work. Due to their work, it has become trendy for other Indian movie celebrities to lend their time for various pressing social issues. Lets meet some of the India’s most socially concerned celebrities. 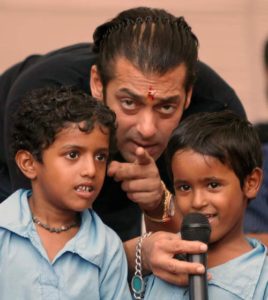 In his early days of film career, Salman Khan had a notorious reputation of being a playboy with utter disregard to society. However, with his NGO for the underprivileged children, “Being Human”, he seems to have won many hearts. Salman Khan’s love for children helped him to initiate this project. Being Human works in the areas like education and healthcare for the underprivileged children.

Salman Khan has managed to raise funds with events, which happens quite often, and through the sales of his Being Human brand of apparel. Chillar Party, the first film made under his banner went onto win the national film award for best children’s film. Apart from child causes, Being Human also supports bone marrow transplant, which helps people suffering from leukaemia and thalassemia through the Marrow Donor Registry India at the Tata Memorial Centre. 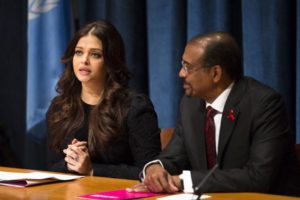 She is looked upon as the ultimate beauty in India. Today, Aishwarya Rai Bachchan is a global name for Indian Cinema. After winning the Miss World pageant in 1994, she joined the eye donation campaign run by the Eye Bank Association, when she pledged to donate her eyes. Later, she became the ambassador for the Indian Government’s Pulse Polio campaign to eradicate polio. In 2004, she established an NGO, the Aishwarya Rai Foundation, which works towards helping needy people. 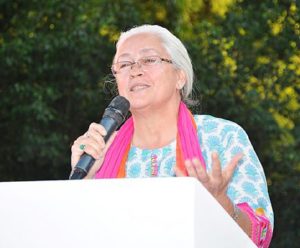 Nafisa Ali is a lesser known actress from the 1970-80s who is today more known for her social activism. Till date, she has been a part of various NGOs and projects. In 1999, Nafisa Ali started the Orissa Cyclone Relief fund when Odisha was struck by a massive cyclone. Later in 2001, she actively participated to rehabilitate the earthquake victims in 48 villages of Gujarat, where she helped construct 340 huts. During the Gujarat riots, she worked towards creating peace and harmony in the riot affected areas. She made a documentary on the same named ‘Where Did We Go Wrong’. Nafisa Ali is associated with Action India that works towards spreading awareness about HIV/AIDS, for which she made a documentary, named ‘United against AIDS’. She started a care home named Ashraya to provide support and holistic care for AIDS victims and HIV+ people. 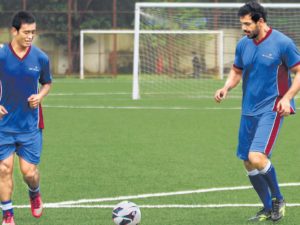 There is a saying “When you give to the needy, do not let your left hand know what your right hand is doing”. John Abraham seems to have taken this quote seriously. He says, “For me, doing social work and supporting NGOs is more important than endorsing a brand.” Being an animal lover, John Abraham supports various projects of PETA. He is also associated with the People for Animals, who work towards freeing the horses pulling Victoria Carriage on the beaches of Mumbai. His love for animals extends to the ‘Save Our Tiger’ campaign.

Further, John Abraham is also associated with Habitat for Humanity since 2006. Till date, he has helped build over 50,000 homes in India. Being a fitness freak and serious sports addict, John Abraham has been active in promoting sports by supporting the Delhi Waveriders in the Hockey India League and Guwahati football team for the Indian Super League. 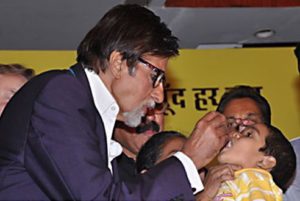 The megastar of Indian Cinema is probably the most influential celebrity in India today. ‘Big B’, who has been ruling Bollywood for decades, has made sure that people know him not only for his creative work, but for his social activities as well. Being the first brand ambassador for the Pulse Polio campaign by Indian Government, Amitabh Bachchan has influenced the masses with his ‘Do Boond Zindagi Ki’ TV ad. In 2005, he officially became the Goodwill Ambassador for UNICEF. He also supports organisations to create awareness about HIV/AIDS.

Bachchan supported in fundraising for the tsunami victims along with his other colleagues through a concert. He donated Rs.2.5 million to Plan India to ensure a better future for girls in India. Recently, he launched a trust in the name of his father, Dr Harivansh Rai Bachchan Memorial Trust, which work towards various issues like rehabilitation of handicapped, blood banks, feeding the poor, sponsoring a child’s education, taking care of poor farmer loans, etc.