Little What We Have Does Matter

Everyone have their own share of ups and downs. Most of us are constantly carp that life has bestowed us with the least amount of gains, and I was one such sneering individual. But two years ago, an exceptional day in my life brought about a drastic change in my thought process and from that day onwards, I am a contented person.

It was 19 February 2008, a day which I shall remember for lifetime. I would not be exaggerating if I say that the events of that day clearly spring in my mind even today. I had opportunity to visit some slums in Mumbai. The Wadala and Mahalaxmi slums are inhabited by the poorest of the poor who live in small shacks, deficient of the basic amenities. However, one thing that keeps them going is the happiness that they carry on their faces and total lack of even an iota of snipping.
As I passed through the tapering by-lanes of these slums, there were a group of children who played the perfect guides for my tour. They took me to every house and thrilled me by introducing me as “Pyaari Didi”. May be because I had given them a handful of sweets or possibly they were enjoying my company like I was enjoying theirs. The tale of every house was similar. Space constraints, large number of family members but few earning ones, dearth of primary needs, absence of governmental or NGO help, unhygienic conditions leading to diseases, etc. 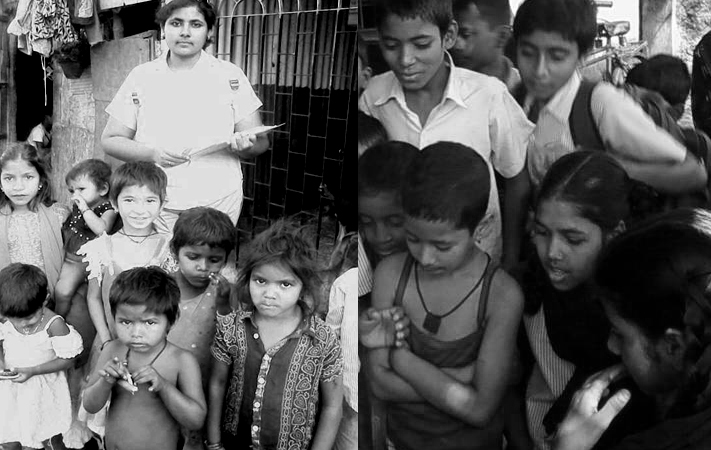 I assumed that seeing me they would seek some help or atleast share their tribulations with me. But the men in the family were busy discussing their occupations with me. Some said they sold vegetables and earned their livelihood, while others did carpentry, plumbing and other daily wage activities. The women in the family came across as the shy, soft-spoken and tender individuals of the lot. They told me that they love living in a joint family, eating whatever food they had sitting together, discussing things were the precious moments of their lives.
The most active hosts were the children who had been with me right from the time I had entered the slums. I had almost learnt most of their names. They discussed their school, teachers, picnics and everything else. There was a high comfort level they shared with me and they were almost pouncing on me to grab my attention. Some had even started telling me stories and reciting poems on top of their voices. The phenomenon which astonished me was that I could see the difficulties and hardships they were going through but there was not even the slightest disappointment in their expressions or in their tone of communicating. 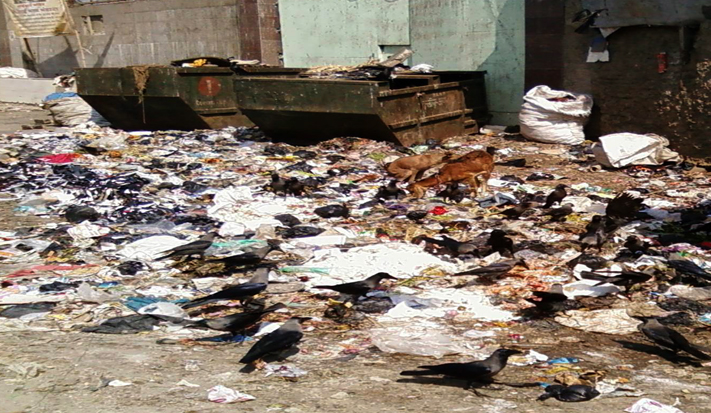 I was amidst these people who we consider to be less educated and less civilized than us. But if we give it a thought, it is they who are living their lives to the fullest with whatever little they have. On the other hand, we who have all the luxuries are always frowning with discontent in our faces and distress in our actions. I consider these people to be my true teachers who provided me with their helping hand to comprehend my life. We say this world has become a gloomy place but it is because of you and me who are forever down in the mouth and doleful. The time has come to accept life the way it is and be satisfied with whatever we have.