Many of us who have lived in a society, who have worked together as teams at workplace, mingled with friends during weekends, cannot imagine doing things alone. Be it watching movies or going on a trip, we always seek companions to accompany us in whatever we do. In such a situation is it possible for us to stand alone for a cause… swim against the tide… fight a lonely battle against the system…

We live in a society where many times collective action by a large group of people doesn’t make much of an impact. However, we are amazed by the sudden and devastating impact caused by the action of one individual. Sometimes we wonder if such a thing can really happen and what motivates that individual to wage a lonely battle against the system. Today, as we observe the Human Rights Day, we pay tribute to the power of one voice that held high the flag of freedom. 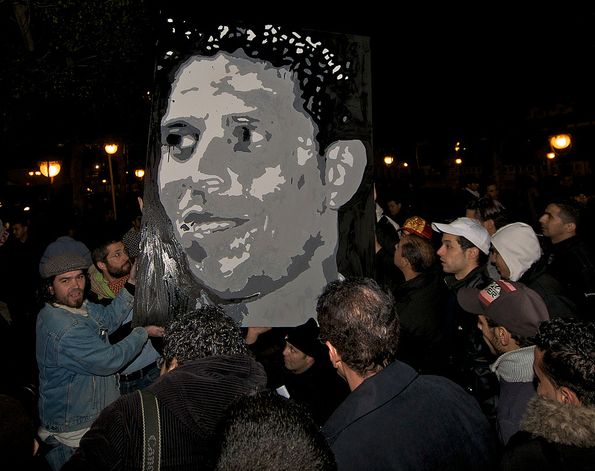 Mohamed Bouazizi was an ordinary street vendor eking out a living in Sidi Bouzid, a rural town in Tunisia. Being the eldest of a family of six children, Bouazizi took the responsibility of earning for the family. He could not complete highschool and was forced to work as a teenager in various jobs. Bouazizi was said to be a well-known person in his town who would often provide free fruit and vegetables to poor families. Local police officers regularly ill-treated Bouazizi by confiscating his wheelbarrow, since he did not have a street vendor’s permit. Corruption was rampant in Tunisia and Bouazizi did not have the funds to bribe officials.

On 17 December 2010, things went seriously wrong when he was publicly humiliated by a municipal official. Angered by this, Bouazizi ran to the governor’s office to complain, but the governor refused to see him. To protest against this injustice, Bouazizi doused gasoline and set himself on fire. He later died of his burn wounds, but he had set a nation on fire. Outraged by Bouazizi’s self-immolation, protests erupted in Sidi Bouzid that soon spread to the capital, Tunis. People’s anger became so intense that President Ben Ali fled Tunisia, ending his 23-year misrule. A chain reaction of events that followed in 2011, brought down the governments in neighbouring Libya, Egypt and protests spread across the Middle East. Today, we know these events as the “Arab Spring” revolution! 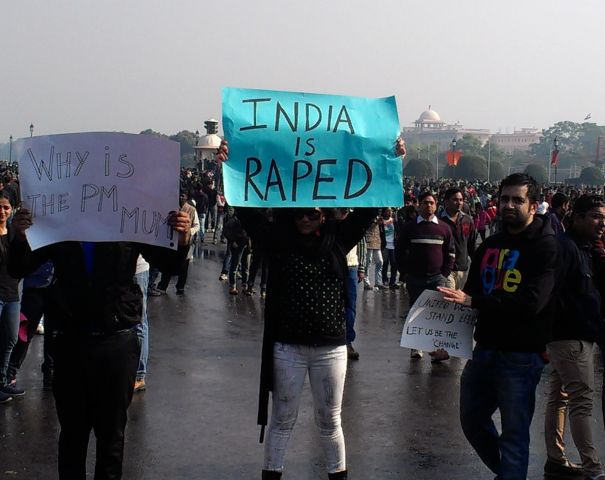 Jyoti was a 23-year-old student who studied physiotherapy in a medical college in Delhi. Her father sold his agricultural land to educate her and worked double shifts to pay for her schooling. On the night of 16 December 2012, she and her boyfriend were returning home after watching a movie. They boarded a private charter bus that was being driven by joyriders. Jyoti’s friend became suspicious when the bus deviated from its normal route and its doors were shut. When he objected, the group of six men assaulted him and knocked him unconscious. They raped Jyoti and seriously injured her when she protested. Later, both she and her friend were thrown out of the bus.

Passersby took them to hospital and police took action to arrest the culprits. However, this incident broke the patience of youth in Delhi, which is considered the rape capital. New Delhi has the highest number of sex crimes among India’s major cities, but only one out of 706 rape cases filed in 2012 ended in conviction. Thousands of people came out to protest at the India Gate for many days, leading to frequent clashes with the police. Similar protests occurred all over India. These protests were seen as expressions of middle-class angst against a failing law & order machinery in the nation and a loss of social fabric. Today, we know it as the ‘Nirbhaya’ 2012 Delhi rape protests. 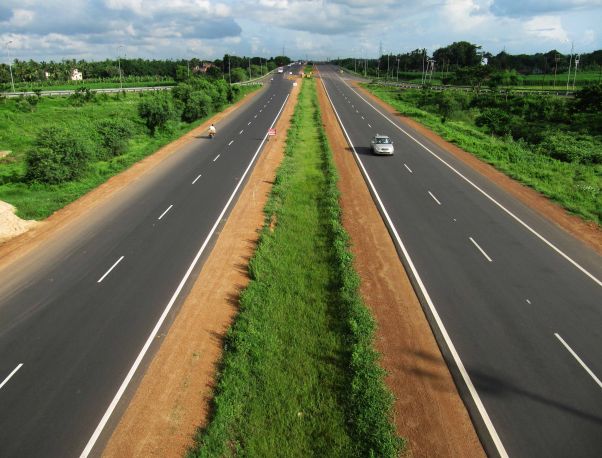 Satyendra Dubey was a civil engineer from Bihar, who completed his B.Tech and M.Tech from IIT Kanpur and IIT Varanasi respectively. He joined the Indian Engineering Service and in 2002, he was deputed to the National Highway Authority of India, where he was the Project Manager of Koderma region in Jharkhand. Dubey was responsible for managing a part of the Aurangabad-Barachatti section of National Highway 2, which is a part of the Golden Quadrilateral Corridor Project, the Prime Minister’s initiative.

During this period, Satyendra Dubey found numerous financial irregularities. He uncovered corruption among construction contractors and the involvement of the local mafia, but no action was taken by the higher authorities against his complaints. He forced a contractor to rebuild six kilometres of sub-standard road, which was a huge loss to the contract mafia. As a result he was transferred to Gaya. Later, Dubey wrote a letter to the Prime Minister informing him about the irregularities. On 27 November 2003, on his 30th birthday, he was killed while returning home from a wedding in Varanasi. His brutal murder resulted in public outcry and questions were raised in the Parliament on how a whistleblower’s identity was revealed. Two years later, another IIT, IIM alumni Shanmughan Manjunath was killed on duty. These two sensational cases forced the Indian Parliament to pass the Whistle Blowers Protection Act in 2011. 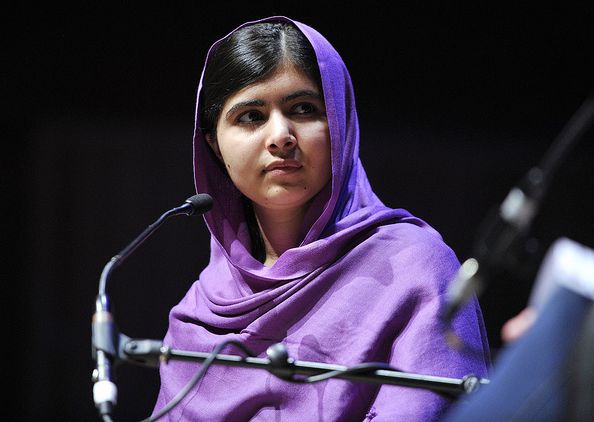 Malala Yousafzai is a 17-year old girl from Khyber Pakhtunkhwa province in Pakistan. Despite being born in a Pashtun Muslim family, Malala was well educated by her father, Ziauddin Yousafzai, who is a poet and an educational activist himself. Her main struggle was to ensure the right to education for all children in her region. As part of her rights campaign, she became an anonymous blogger for the BBC, for whom she reported about the situation in Swat valley in Khyber Pakhtunkhwa under the Taliban, who had outlawed female education in the region. New York Times filmed a documentary on her struggle to continue her education.

After the documentary, Malala became famous and her identity as the blogger was revealed. She openly advocated girl child education, which was not tolerated by the Taliban. On 9 October 2012, she was shot by Taliban militants on her way back home after her school exams. Despite a serious head injury, she survived the assassination attempt due to timely medical attention. Today, Malala has become an inspiration to many oppressed girls and she is one of the youngest activists speaking at various international forums like the Harvard University and the UN. The worldwide adulation for this courageous girl has culminated in Malala becoming the co-recipient of the 2014 Nobel Peace Prize and the youngest Nobel Laureate! 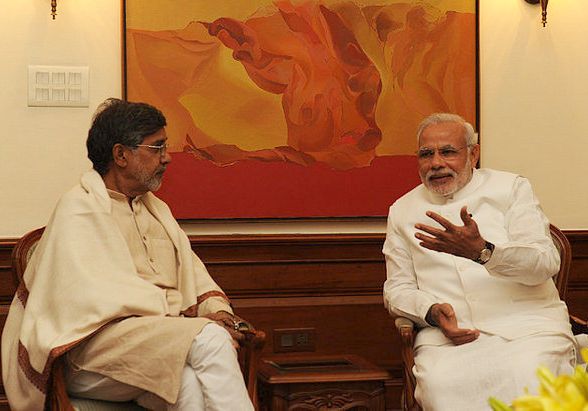 Surprisingly, India and Pakistan are lucky to have co-recipients of the Nobel Peace Prize on the same year! Kailash Satyarthi has been a dedicated advocate of child rights for decades now. Born in Vidisha district of Madhya Pradesh, Satyarthi gave up his career as a teacher in 1980 and founded the non-profit organisation, Bachpan Bachao Andolan to campaign against child labour. That year, he became the Secretary General for the Bonded Labour Liberation Front. His early attempts to raid factories that employed child labourers met with hostile reaction from the factory owners and at times the police, but the significance of his work was slowly recognised.

Satyarathi brought focus on child labour as a major human rights issue. Over the last three decades, Satyarthi’s organisation has helped to rescue 80,000 child bonded labourers almost all parts of the country. He created the Global March Against Child Labour, a movement that is active in many countries. He is also credited with establishing ‘Rugmark’ carpets in 1994, which are hand-woven carpets carrying a certification against the use of child labour. Currently, he is working towards bringing child labour and slavery into the post-2015 development agenda for the United Nation’s Millennium Development Goals. 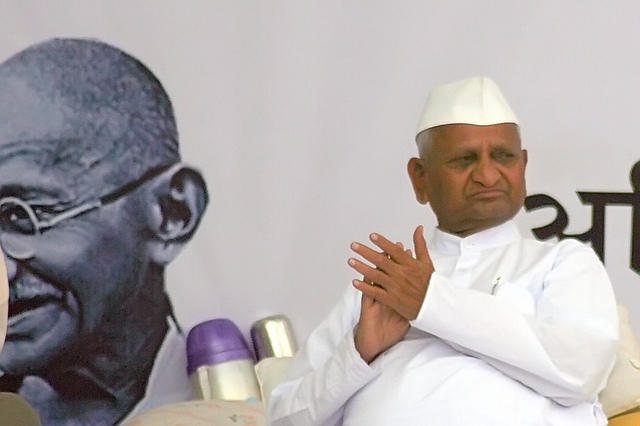 Born as Kisan Baburao Hazare in Bhingar, near Ahmednagar, he adopted the name ‘Anna’, which means elder person in Marathi. He was drafted in the Indian Army where he worked as an army truck driver and later as a soldier. During the Indo-Pakistan War of 1965, Hazare was posted at the border in the Khem Karan sector and was the sole survivor during an enemy attack. Hazare moved back to his ancestral village in Ralegan Siddhi and used the pension from his military services to turn it into a model village. He set up a grain bank so that no one would go hungry, improved the irrigation system, set up schools and removed social barriers like untouchability in the village.

In 1992, the Indian government honoured Anna Hazare with Padma Bhushan for his contributions rural upliftment. Being a follower of Gandhian principles of Satyagraha, Hazare sat on a hunger strike to exert pressure on the Indian government to enact a stringent anti-corruption law, The Lokpal Bill, 2011 as viewed in the Jan Lokpal Bill, for the institution of a moderator with the power to deal with corruption in public places. This one of the incidents in recent times which brought the whole country together to fight for a common cause, in this case wiping out corruption from India.