The Ugly Indian Keeps it Clean! 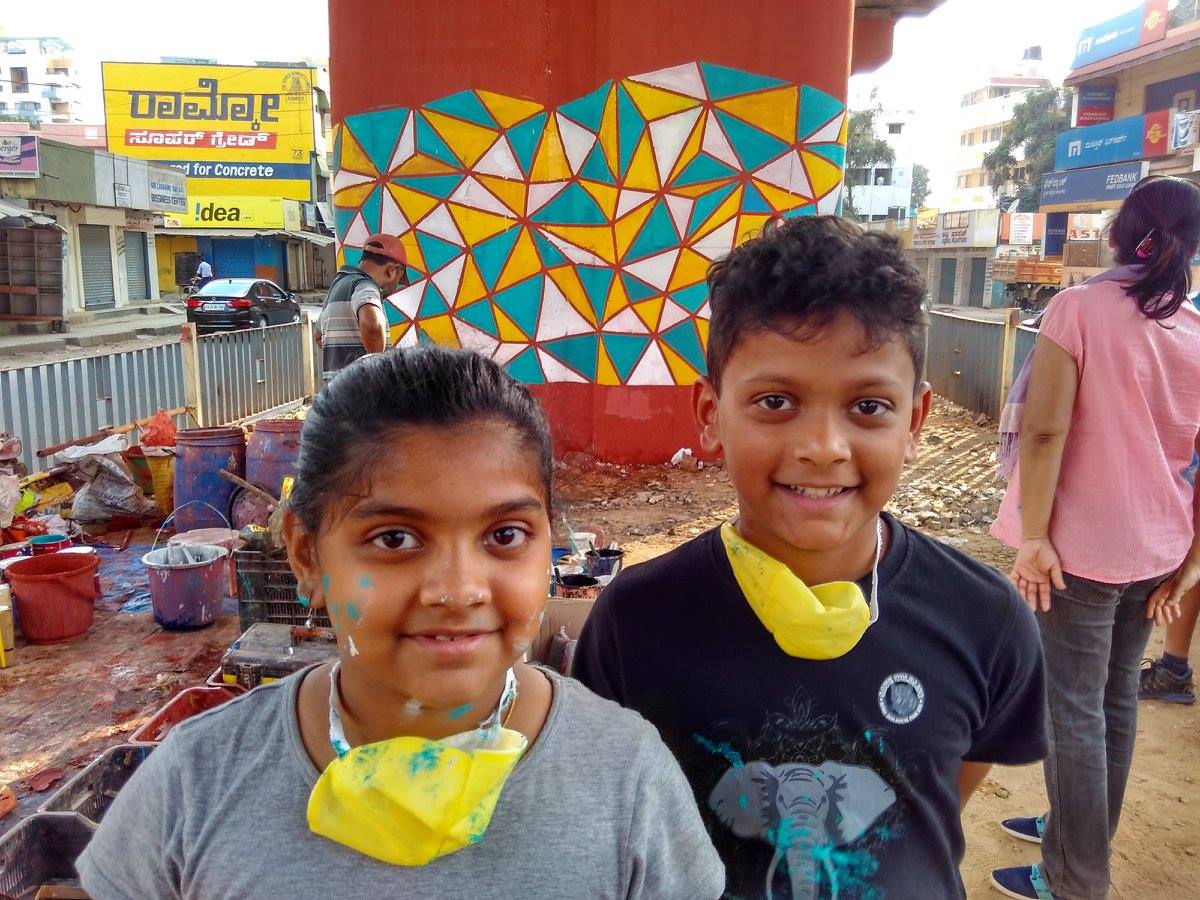 The Ugly Indian – The very name of this four-year old organisation gives a rude shock to everyone when they hear it first time. With wide eyes, you would have probably opened Google and searched for it. Fortunately, they have a delightful cause that makes you think. So what do they do? They call themselves “The Ugly Indian”, since they feel strongly about the filth strewn around our cities. Now it makes sense, doesn’t it?

The Bengaluru-based group works on the Gandhian thought, “Be the change you want to see” and firmly believe in “Stop talking, Start doing.” It is easy to start the blame game going, ‘Oh! The government did not fix it!’ or ‘Oh! The people, you know, you can’t change them!’ Thankfully, this group of anonymous people set out to change it by doing. 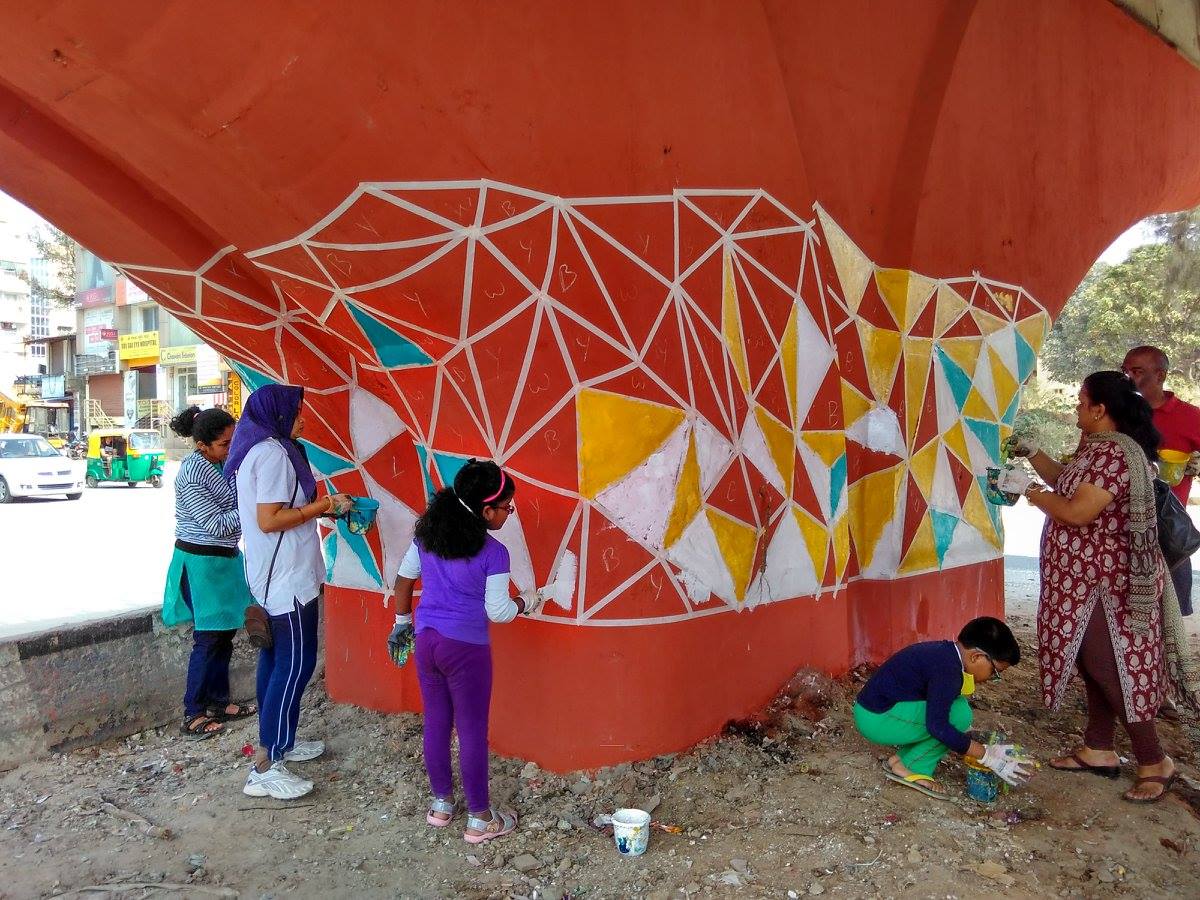 The Ugly Indian started their campaign from Church Street, one of the busiest streets in Bengaluru. The road was like any other road, strewn with litter, paan-stained walls, and broken gutter slabs that gobbled humans. So The Ugly Indian along with a few volunteers, shopkeepers from shops nearby and civic authorities, began changing the scenario by fixing things one by one.

What did they do? Well, they simply cleaned up the garbage, fixed the footpath, painted the paths and put potted plants to add charm and deter people from spitting or urinating. By now, there would be a little cynic in you screaming ‘How long did it last?’ It is probably time for the realist in all of us to come to terms with the truth. Their work received so much appreciation from everyone that it led to a full-fledged voluntary organisation, The Ugly Indian. 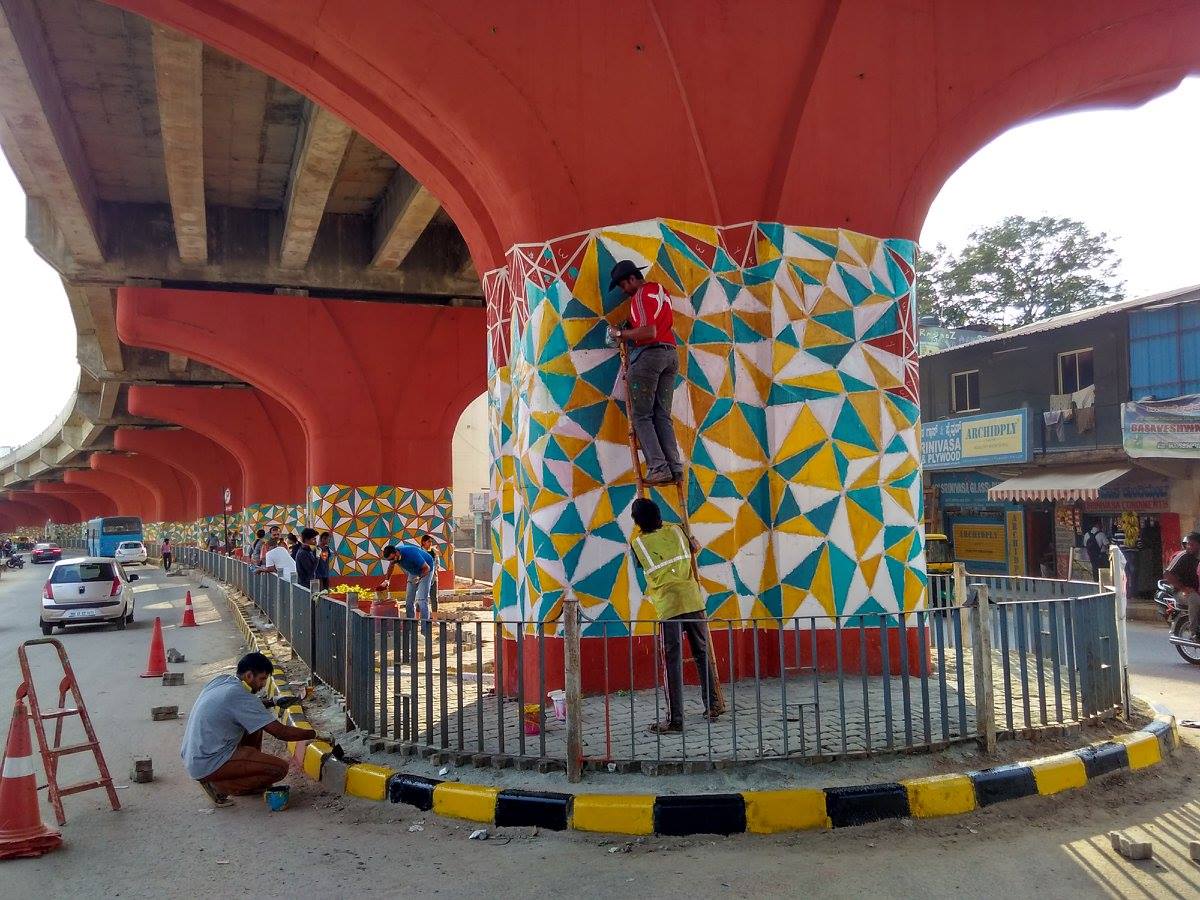 They started as a small citizen movement on November 15, 2010 and soon began to grow. They had to do a lot of trial and error, but surprisingly the major issue was not on how to clean public spaces, but how to keep people from dirtying them again. They came up with innovative, cost-effective ideas such as painting the walls with cream and terracotta. The paint cost less than Rs.500 for a 50-feet wall.

They also placed potted plants that make the place look neat and dissuade nuisance makers. They specifically chose cheap pots so that it would not get stolen and planted palm, a pretty common plant. They also roped in residents and shopkeepers nearby to maintain the plants to ensure cleaner footpaths. They installed tube-like structures near cigarette shops and outside pubs so that litter would go into them and not clog the drains. It was an effective, simple and cost-effective way to manage the litter, which also looked elegant. 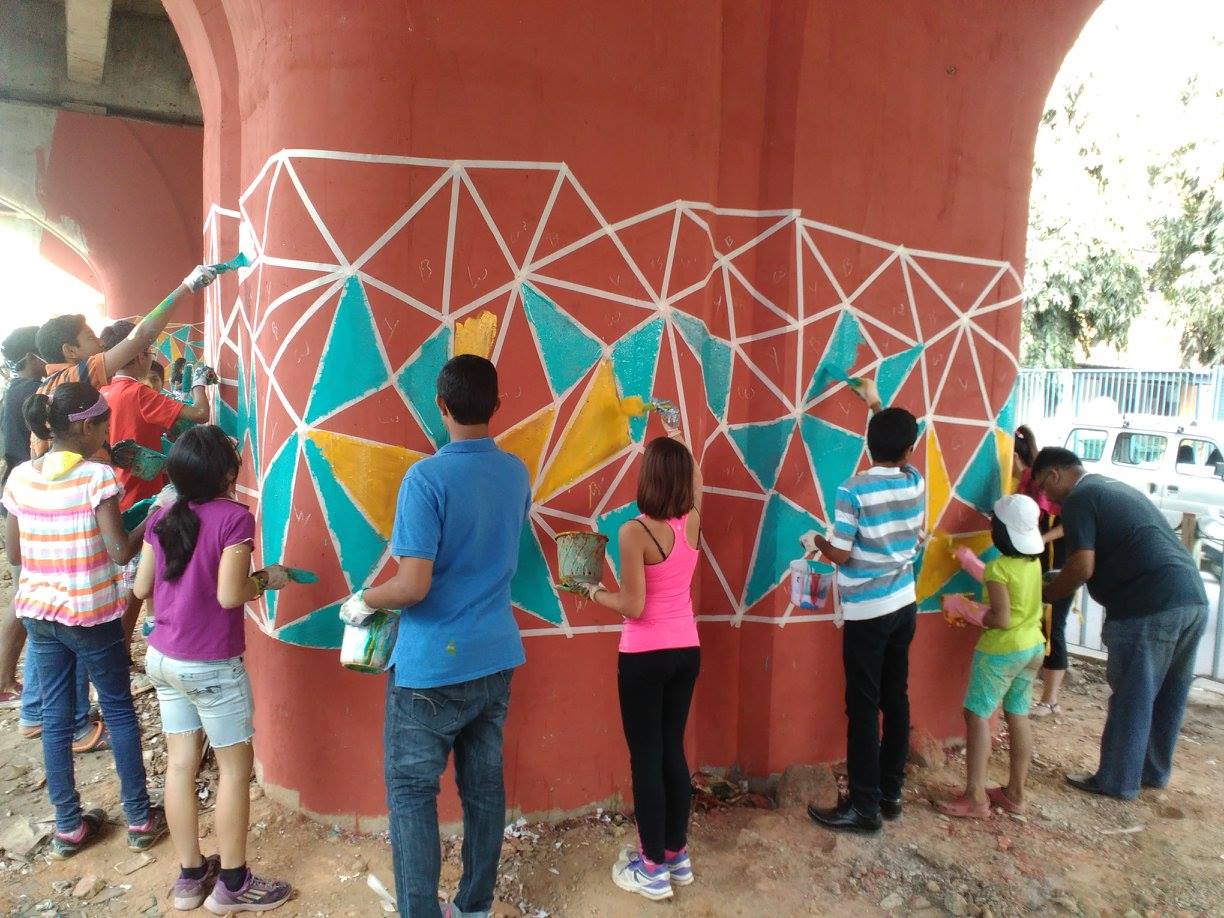 While these were more tangible forms of transformation, they persuaded shopkeepers, residents, business entities, chaiwallas, paanwallas and other small shops to follow a proper disposal method. This made it easy for civic workers to collect the garbage. Over time, with lot of persuasion people began to change, despite sceptics offering their “this would not last long” sermons. Slowly, not only the clean walls endured for months together, but also made the surroundings pleasant to walk by.

Apart from their main agenda of keeping the surroundings clean, making the footpath usable by changing misplaced slabs also caught their attention. The open slabs of gutter drains were hazardous, since people could fall into and get hurt or in some cases die. The Ugly Indian thought about how to sort out the cable mess beneath the open slabs, which worsens the situation during monsoon rains. After a few calls, the respective government agencies admitted that it was their task to close the slabs but just did not. So The Ugly Indian took it upon themselves to fix them. By simply owning up and doing something The Ugly Indian could save a few lives. 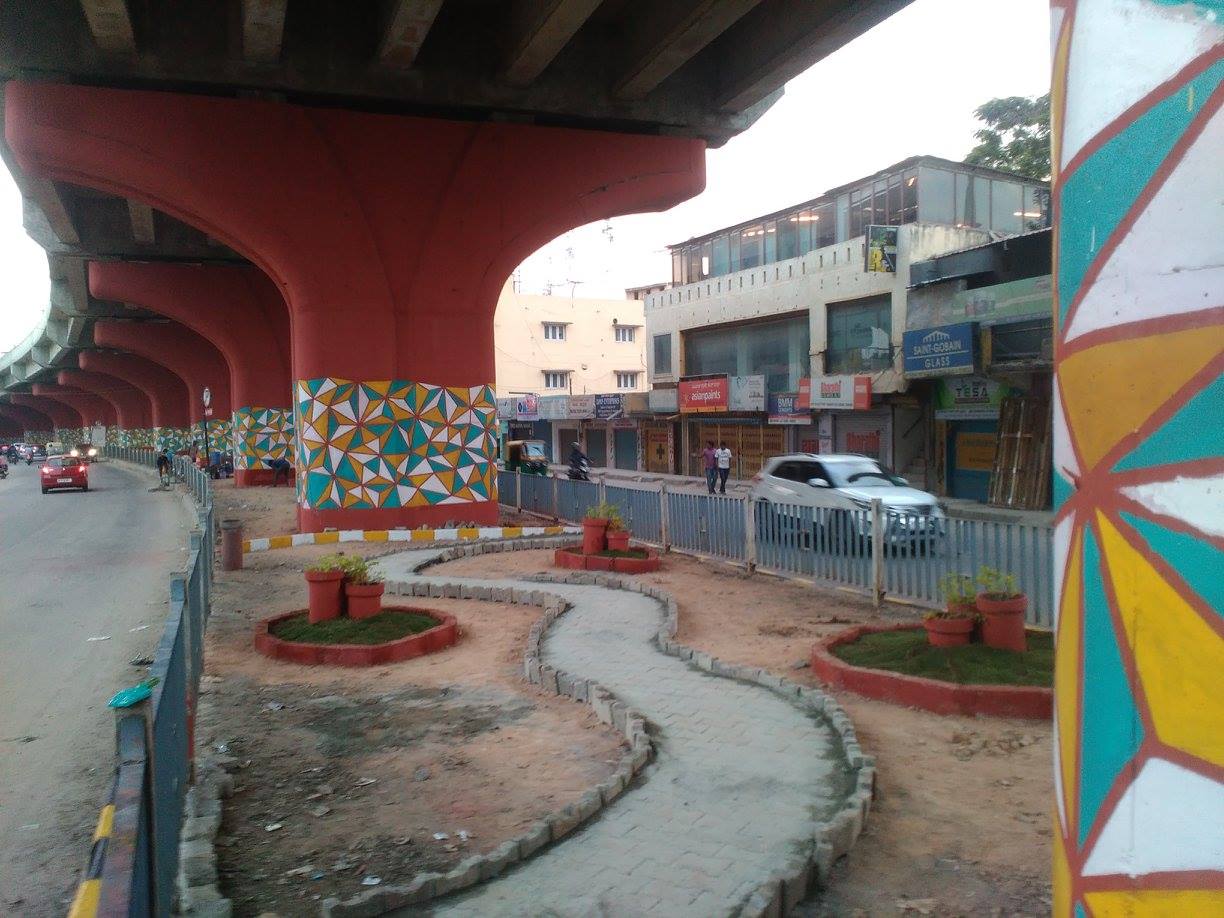 A lot of civic issues in Bengaluru have been addressed by The Ugly Indian; their Facebook page shows where they are active and have put up photos of spot-fixes done by them. It is pleasant to watch the change they are bringing in. The Ugly Indian have been doing for a long time now what Narendra Modi’s Clean India campaign has been propagating now. It is high time that we individuals take up responsibility of our own area and stop doing lip-service. The Ugly Indian is a wonderful initiative that can be replicated by people like you and me to make a difference. 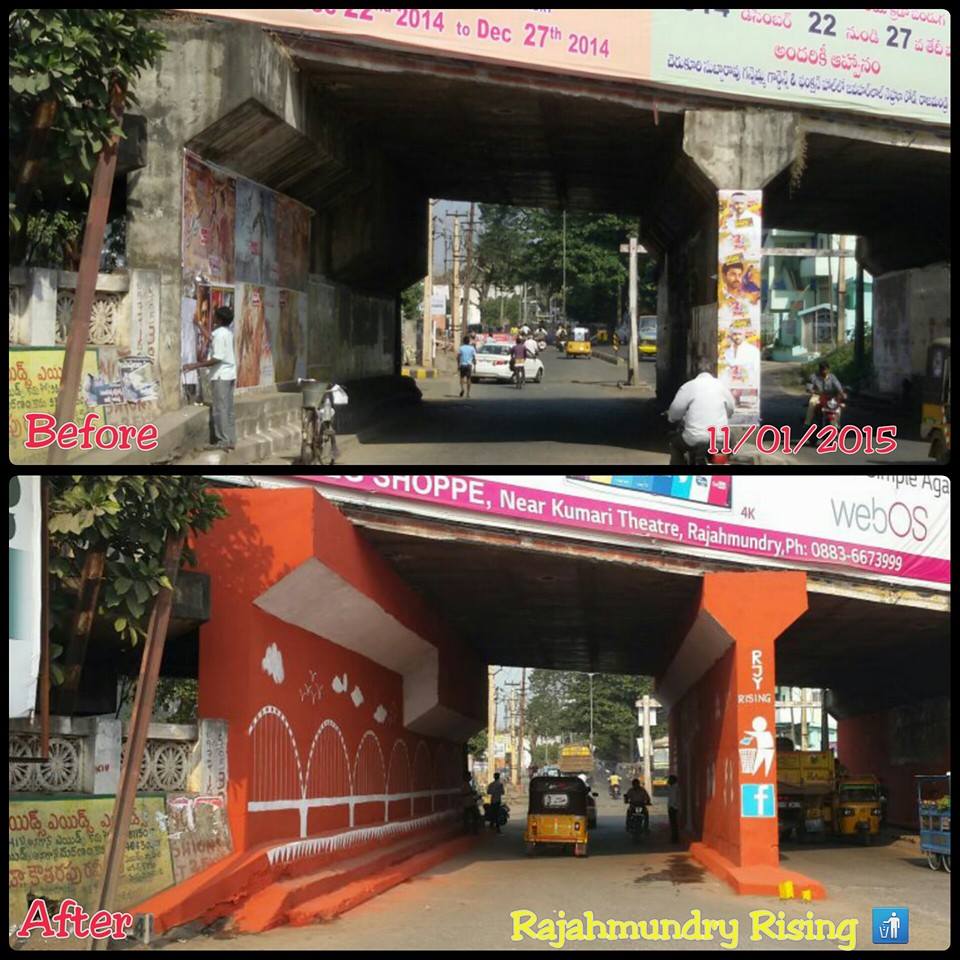