Sonia Mackwani is one such person who believes she can change the world by touching lives. In 2003, Sonia established an NGO called ‘Touching Lives’ while she was graduating in Psychology, with a conviction that – “It is completely our need to serve than say, we are serving the needy”. Touching Lives was built with a purpose to be deeply involved in holistic community development of people… spreading love and happiness! That was the fiery determination of a 20-something girl! 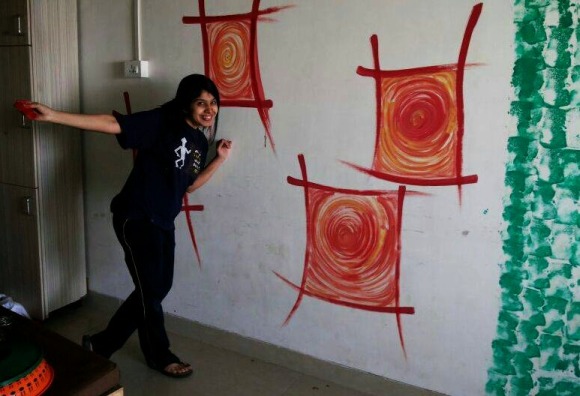 Sonia lives in Dahisar, Mumbai where there are slums adjacent to the railway tracks between Dahisar and Borivili. One day, while travelling back home, Sonia’s train came to a halt and she witnessed a disaster. There she saw huge bulldozers breaking apart houses in a nearby slum. New railway lines were being built in the area, which meant that slum people would have to be relocated. Sonia just couldn’t stand the misery. She went beyond being a mute spectator to what was happening and vowed to do something for those helpless people. Next day, when she went to the slums, and she was disheartened to find that there were no toilets, people were roofless and worse, kids had stopped going to school. 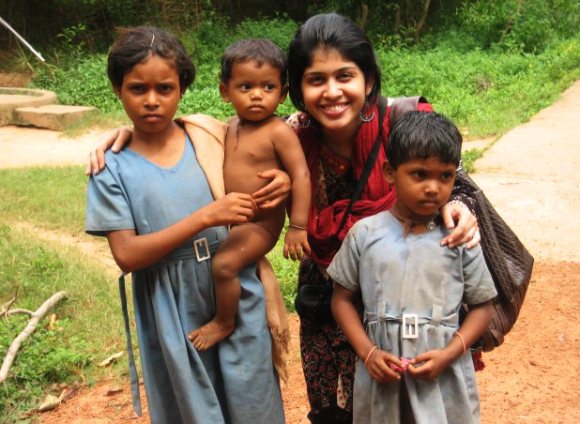 She only had a vision but no team, but the universe helped her materialize her dream. She consoled herself when she found that there were eight fellow students of psychology who want to volunteer with her. It is with them that she initiated an education project called ‘Sanskriti’ for the slum children. Play-way method, activity sessions were conducted with children, which slowly involved the community as well. “Working with people was another set of learning and experiences,” Sonia states. So, what started as a one-woman show gradually grew into a sizable team of volunteers.

The Touching Lives team spent more than a year teaching children near the railway tracks, amidst numerous challenges such as working in a tent-like setup and tolerating noise of the train and under the wide open sky. Finally in 2008, the team rented a small room as its office cum children centre. Since then, Touching Lives runs a preschool program in the tent for smaller kids, afterschool program for elder kids and a self-help group program for the women of the slum community. Now, the NGO also runs a Teachers Training and NGO Support Program, where they support rural schools and social enterprises by mentoring them on program called “Meta-Quantum Learning Model”. 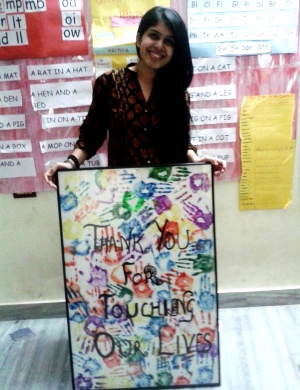 Meanwhile, Sonia completed her Masters in Clinical Psychology and got a Doctorate in Clinical Hypnotherapy. She also authored two children’s books: “Tales from Indian Mythology – Ramayana and Mahabharata”. Her unyielding efforts towards her work and making a difference in people’s lives gave her a platform to be a TED Speaker.

Sonia describes herself as a simple human being who believes that she has come to this planet to experience the different facets of life and use gifts that the universe has bestowed upon her. A ‘9 to 5 job’ would not have given her the freedom to help people. Her challenge was to put together the resources to help people. She shares that the challenges she has faced in swimming against the tide is not about ‘what would people say?’ but fighting the innate demons.

Sonia had a lot of metaphysical experiences in childhood… that she was here for a wider mission, to fulfil a purpose. She calls it the ‘keeda’ of doing something. Her inner voice eventually became her ‘energy of love’. She serves the needy because of her need to serve and not because they need to be served. Fascinated by the works of Mother Teresa and Aga Khan, she realized that she is here to be another mother, to serveg the people who are her fellow neighbours. She served as a board member in various Aga Khan Institutions working on youth, education, and social welfare. That’s where she got her understanding of the spark of volunteerism, which solidified her dream of doing something.

When Touching Lives began, Sonia needed money and resources to commute, to meet people, and to get things done. Neither did she have a phone nor the money. However, nothing seemed a struggle for her, because the fire within her demolished all obstacles. She began with taking tuitions and workshops on psychology to arrange for funds. The best part of her work she says is the unconditional support that she receives from those around her. She believes in miracles and the grand power that they have. “I know whatever I wish, I need to intend and leave it to universe for it to conspire. All that I need to do is be patient and have faith that, it is happening,” she affirms. 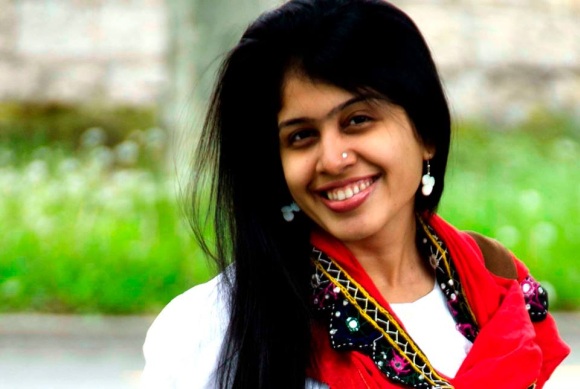 Today, Touching Lives is helping people in community development by looking after the education and empowerment of slum kids in Mumbai. Talking about the vision of Touching Lives for 2020, Sonia modestly replies that she has no idea. “I know of only tomorrow. It’s an organic organisation that gets formulated over a period of time. It’s an experience with life and freedom. It is about different souls who come together,” says Sonia.

A wise man once quipped, “Good things come in small packages.” The young and petite Sonia Mackwani is an eloquent testimony of this lovely adage!

Bhuira Women And Their Romanticism With Jams