Sports is a test of character. It might seem strange to some to glorify sports to a pedestal because at the end of the day it’s just a game. But, undoubtedly sports, no matter of which kind, are kind are one of the highest tests of character, grit and hard work. In competing for a medal or a trophy there is more than just a will to win. There are years of sweat, compromises and determination that culminate in not only a victory, but a lifetime of inspiration. There are many great sportspersons of India that are legends in their own fields.

These great Indian sportspersons are inspirational for more than one reason. They, of course, are luminous in their own careers, each having exemplary titles and records to their names. But their true greatness lies in their overall dedication to their game. In fact, a true sportsperson is one who has immense respect for the game and his/her team. The one thread that binds almost all great sportspersons is their humility and respect for not only their own game, but for all sports in general.

Before we get into the listing of the great sportspersons of India, a quick acknowledgement of all sporting personalities who have risen to meet various challenges and who have pushed themselves only further. They all may not have many accolades to their name but it is without doubt that a complete involvement in any sport is a sure way to help in the overall betterment of the mind, body and soul. That every sports person lifts up to become a better version of themselves when involved in a game. And thus, it is not always about a single game or tournament, but about the encompassing life change that builds a true sportsperson. 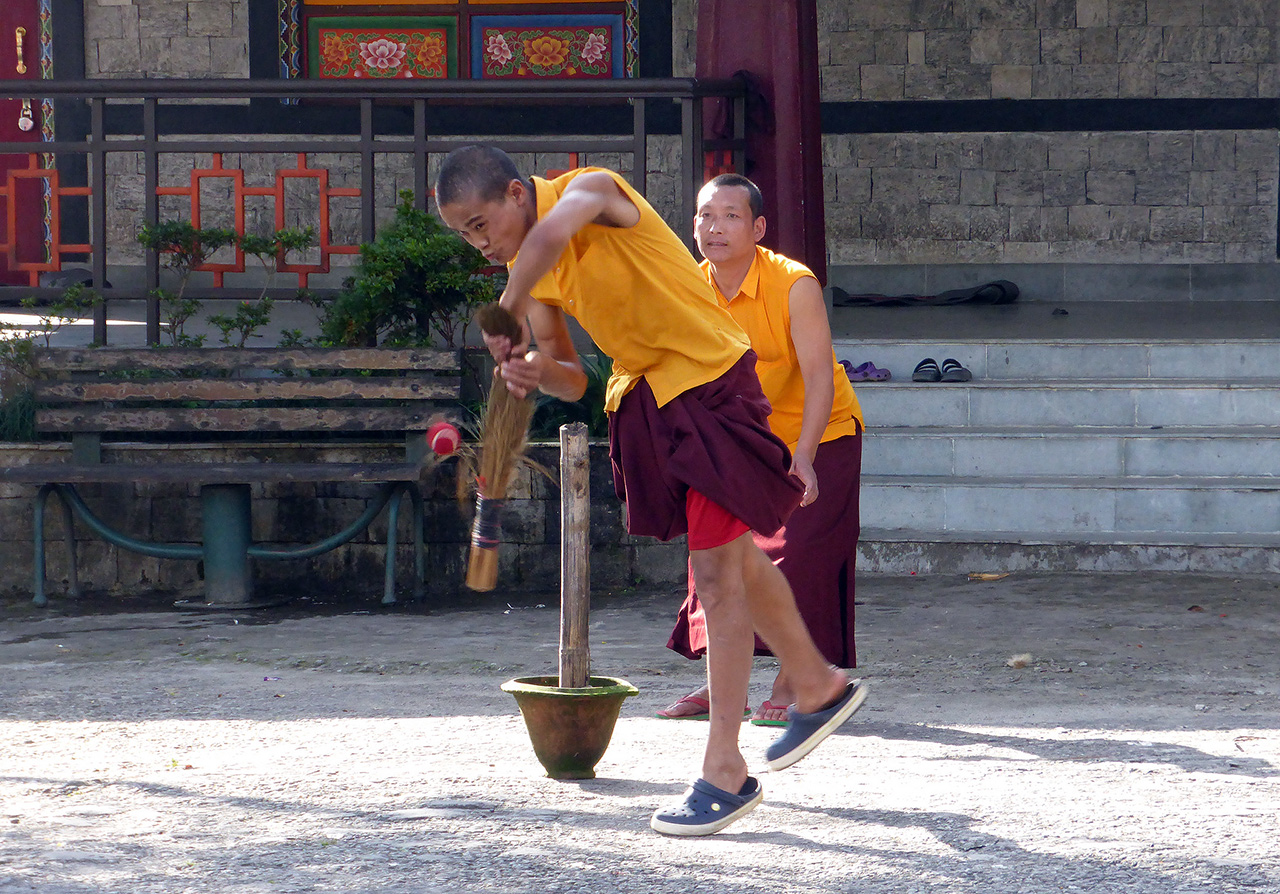 India as a sporting nation has had its own shares of ups and downs. With a booming population and talent pool, sports in India is unfortunately not as up to the mark as seen in other nations. This is in terms of infrastructure, marketing, remuneration etc. However, things are beginning to change for the better. Where once only cricket seemed the most popular sport and its players the only well-known sporting icons, today the scene is a bit different. A lot of the other sports are getting their due recognition albeit slowly but steadily. Though there are many factors contributing to this shift, one of the other major reasons is that the country is finding its sporting idols. Badminton or wrestling for example have come into limelight after India won medals and championships. Supremely talented sportspersons in these respective sports brought the name and fame that helped push the sport to gain popularity.

India is home to a number of great and legendary sports persons. With a huge population and many sports being played across the country, it is tough to list down only a few stalwart sportspersons. However, we have tried to bring across icons who have helped shape the love and understanding of the sport for generations to come. Their life story has inspired and will continue to inspire more youngsters to take sports seriously and make it a way of life. Similarly, their success stories have helped change the narrowed view of society that sports in general cannot be career or life sustaining choices.

Any sportsperson list cannot be bereft of Major Dhyan Chand. Synonymous with hockey, Dhyan Chand was part of the hockey team that won the gold medal in 1928, 1932 and 1936 Olympics. He is also recognized as one of the greatest players of the game worldwide. Also known as The Magician and The Wizard, Dhyan Chand scored 570 goals across 185 matches. His birthday is celebrated as the National Sports Day, sealing the priceless contribution that his game and skill had not only in hockey, but in all sports.

The nation lost The Flying Sikh recently, however his immense contribution to the sporting fraternity is immeasurable. An athlete par excellence, he continued to inspire thousands with his fitness, regime and love for sports. A field and track sprinter, he is the only Indian athlete to win Gold at the Asian and Commonwealth Games.  Another sprinter who is also called the ‘queen of the Indian track and field’ is PT Usha. She won various medals at the Asian Championships and Asian Games. Today two young athletes Dutee Chand and Hamadas are making their mark and promise for a shining career ahead.

The man who put India in the chess playing world has won the World Championship in Chess for 5 times. He was also the first Indian to win the World Junior Chess Championship and he also became India’s first Grandmaster. He can be single handedly credited for raising awareness and interest in chess. In fact, his sporting stature helped in the understanding of sports as an indoor or non-physical activity too.

Sachin’s name is a must on this list or for that matter on any great sportsperson’s list in the world. The God of cricket is undoubtedly the finest batsman and sportsman the country has seen. From beginning his career at a tender age to blasting off practically all cricketing records, Sachin has been the icon for many youngsters who aspire to play their favorite sport. Since cricket is extremely popular Sachin’s role in shaping the dreams of millions is unquestionable. Also, his exemplary talent, calm demeanor and true sportsman spirit make him one of the greatest players of the game.

Since we are on cricket, another cricketing talent that makes it is Mithali Raj. Though men’s cricket has had the nation in frenzy, women’s cricket never really found its footing until Mithali forced the nation to look its way. The highest run scorer  and the only woman cricketer to score more than 6000 runs in international one-day cricket, Mithali has sure paved way for young girls to also take up this popular game professionally.

The most famous women boxer, Mary Kom has been the face of female boxing in India. Having won the World Amateur Boxing Championship six times, Mary Kom also has bagged an Olympic bronze and gold at the Asian Boxing Championship. Her story is truly inspirational because she shatters all myths of how women after marriage and kids cannot continue to pursue their sporting careers and in fact, come back winning more titles.

Tennis has always been a popular sport but Leander Paes made it a household name in India. Though his success in singles wasn’t too great, his pairing with Mahesh Bhupathi made Indian’s proud. He has continued his glorious run in doubles and mixed doubles and won various Grand Slams throughout his career. His biggest inspiration comes from the fact that even after 40 he continues to play with youthful zeal and hasn’t retired from professional tennis yet.

It’s hard to make a pick between the two. Both these talented women sports persons have been responsible for making badminton a popular sport in India. Saina has been a World no. 1 and thus the only woman player from India after Prakash Padukone to reach this position. She has also won a bronze at the Olympics. PV Sindhu on the other hand, is the first Badminton World Champion from India and the only Indian female to win a silver at the Olympics. Though the likes of Prakash Padukone and Pullela Gopichand had formed the foundational building, it was these two female players who brought huge fame to the sport.

Deepa Malik is a well-known name in the Paralympic Games. She has mastered both shot up and javelin winning medals in both. She is also an active participant in adventure sports. She has till date won 23 international and 58 national medals. Her story is inspiring at many levels. She has proved that even with disability the love and passion for sports cannot fade.

There are many other great sportspersons in India including Baichung Bhutia, Sunil Chhetri, Sania Mirza, Kapil Dev, Abhinav Bindra, the Phogat sisters, Dipika Pallikal and many more. And of course, there is a long list when it comes to those who have played for the Indian cricket team over the years.

However, all of these sportspeople are great because they stand out as role models for the younger generation. They made the nation proud with their foray and also helped pave the way for many more to follow their path.