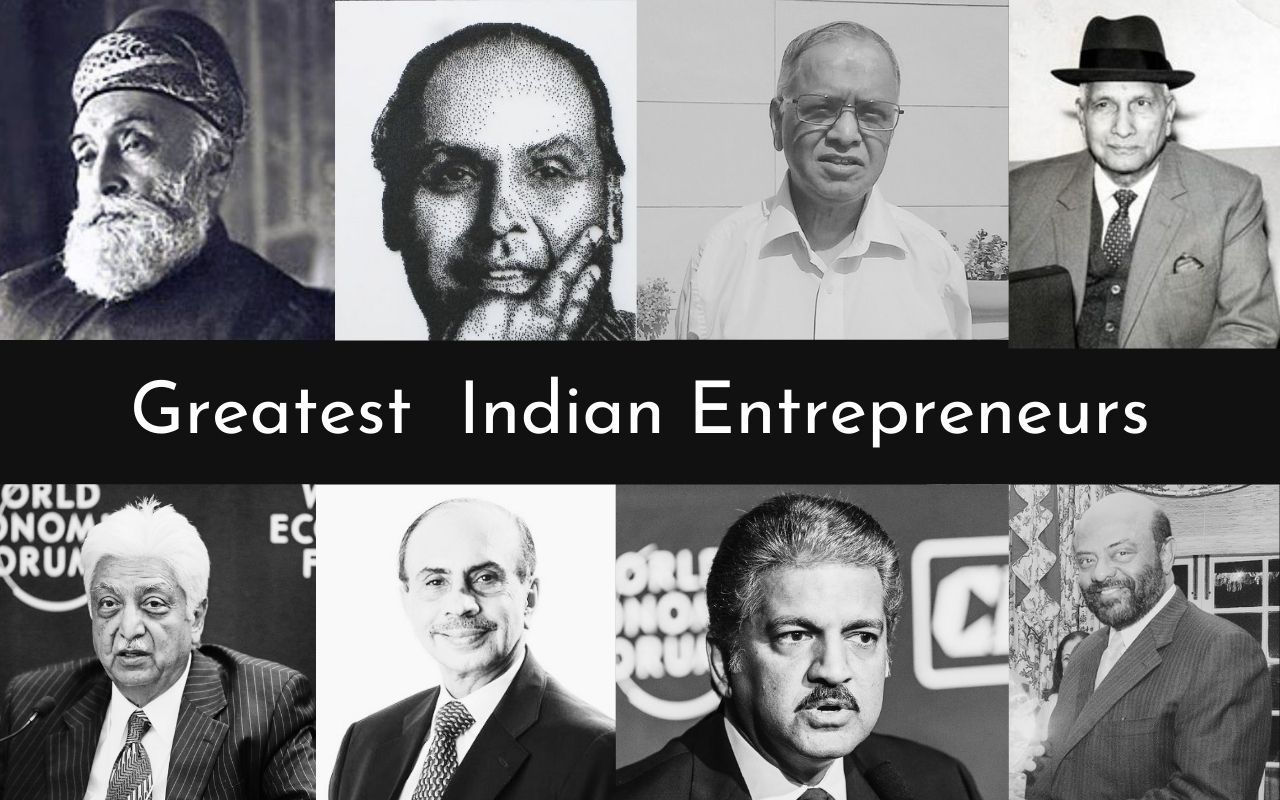 India is a land of history and culture. A country that is fraught in local delights, heritages, beliefs and arts that are a reflection of past and present. However, though categorized as a developing country, India is also a leading nation when it comes to technology and business. It is unfortunate that there is a lot more lopsided development than lateral growth. Alas, India has a large percentage of people living below the poverty line. At the same time, it also has some of the most successful entrepreneurs, multi-dollar businesses and huge industries.

Yet, one has to acknowledge that making a global mark, running a business and generating employment and incomes are all essential for economic growth. India’s commercial success is dependent and functional on a number of aspects. However, let’s take a look at some of the most enterprising entrepreneurs who have converted their businesses into huge establishments. Their companies and name is reckoned, even internationally, as leading corporate businesses.

Also, some entrepreneurs have laid the foundation of their business and left behind a lasting and progressive legacy. This also leads one to understand that business families are also a commonality in the Indian economic scenario. A family or an individual, here is taking a look at some of the most inspiring and successful business entrepreneurs and ventures.

One of the pioneering Indian industrialists, Jamsetji was born in 1839. Founder of the Tata group he is often referred to as the Father of the Indian Industry. He ventured into various businesses and played a huge role in building the modern economics of India. He was also involved in the Independence Movement and was influenced by the Swadeshi Movement. He named his cotton mill ‘Swadeshi Mill.’ Also, it was Jamsetji Tata who established Jamshedpur, the location for the Tata Iron and Steel Works.

Another iconic entrepreneur JRD Tata was also the chairman of Tata Group. Under his leadership the company founded various industries, such as Tata Motors, Tata Consultancy Services, Titan Industries and Air India. Till date, Tata companies remain a relevant force to reckon in the business and economic world. Though Ratan Tata remained chairman of the group and heads the company’s charitable trusts, it is Natarajan Chandrasekaran who is the current chairman of Tata groups.

Dhirubhai Ambani’s life story is that of grit and determination. Here is a story of humble beginnings that evolved eventually in the making of a business tycoon. Dhirubhai Ambani started his business in partnership with Champaklal Damani in 1965. They separated and in 1966 Reliance Commercial Corporation was formed. It was later formed into Reliance Industries in 1973. Dhirubhai launched ‘Vimal’ and in a few years the stock prices of Reliance rocketed making it one of the strongest business of the time. After Dhirubhai’s death, Reliance split into Reliance Industries Limited (Mukesh Ambani) and Reliance Anil Dhirubhai Ambani Group (Anil Ambani). Today Mukesh Ambani is amongst the richest men in the world with his company venturing into many industries and brands, including petrochemicals, Jio, Reliancefresh, Ajio and many more.

The co-founder of Infosys, Narayan Murthy is also called the Father of the Indian IT industry.  He started Infosys in 1981 and has been recognized as one of the greatest entrepreneurs of our time by Fortune magazine. He began Infosys with six professionals and an investment of Rs. 10000. Today Infosys is the second largest IT Company after Tata Consultancy Service in India. He has been the chairman, CEO and Chief Mentor for the company over the years. Nandan Nilekani succeeded him as chairman of Infosys; however Narayan Murthy is now the chairman Emeritus.

Also known as GD Birla, Ghanshyam Das was born in 1894. He was a supporter and associate of Mahatma Gandhi. He inherited the family business but spread and diversified it immensely. He founded Hindustan Motors and after independence ventured into other industries, such as textiles and tea. He also founded the Birla Engineering College in Pilani. Kumar Mangalam Birla is GD Birla’s great grandson.

Sometimes referred to as India’s Bill Gates, Azim Premji’s story about the accent in the business world is rather fascinating. His father founded the company called Western Indian Vegetable Products that dealt with hydrogenated oil. After the death of his father Azim Premji further diversified into other products. However, in the 1980s he realized that the IT industry would boom and he changed the name of his company to Wipro. He shifted his products from toiletries to software. Wipro emerged as one of the leading software and IT companies making Azim Premji one of the richest and most respected names in the field. He was also the first Indian to sign the Giving Pledge, an initiative that helps the wealthiest persons to support philanthropic causes.

Ardeshir Godrej and his brother Pirojsha Burjorji co-founded Godrej Brothers Company. On reading an article in the newspaper about the rise in burglary, Ardeshir Godrej decided upon his new business plan. With investment and help from Merwanji Muncherji Cama he revolutionized the manufacturing of locks in India. The venture started from a shed and led to him patenting a lock. The innovations continued over time and today Godrej Group is a huge multinational business. The company has also diversified into products, such as furniture, appliances, industrial engineering, agricultural products and more. Adi Godrej is the chairman of the Godrej Group today with affiliate and subsidiary companies, including Godrej Consumer Products, Godrej & Boyce, Godrej Agrovet and more.

Anand Mahindra is the current chairman of Mahindra Group. The group that today operates in various industries, such as aerospace, automotives, farm equipment, agribusiness, energy, defense and more started out in 1945. It was founded by JC Mahindra and KC Mahindra who were brothers along with Malik Ghulam Muhammad to trade in steel. However, after partition Malik Ghulam Muhammad stayed in Pakistan. The company then became Mahindra & Mahindra. With the passing years it diversified into many other sectors and the company is considered as one amongst the largest 20 companies of India. Anand Mahindra is the grandson of JC Mahindra and is one of the most recognizable business personalities of our time.

Shiv Nadar is the founder of HCL. He founded the company in the 1970s as an IT hardware service and evolved it into an IT enterprise over the years. He was born in Tamil Nadu and his work journey includes from starting off working as an employee to giving it up to start his own venture. His initial business was called Microcomp and HCL was founded in 1976. Shiv Nadar is ranked amongst the richest, however today he plays an active role in education. The Shiv Nadar Foundation focuses on building and helping the educational system in India. His daughter Roshni Nadar is now the chairman of HCL who became the first ever woman chairman of a listed IT Company in India.

Thankfully, our economy continues to be generated with many other promising young entrepreneurs who have started their own business. With the boom in IT and technological advancements a number of Indian start-ups, ideas and companies have forayed into the market. Some of them have been extremely successful and become a household name. Bhavish Aggrawal the founder of OLA cabs, Ritesh Agarwal founder of OYO rooms, Binny Bansal and Sachin Bansal founders of Flipkart, Deep Kalra founder of MakeMyTrip, Hari Menoning founder of Big Basket and many more enterprising individuals are playing their part in growing in the business and economy of the country.

Types of Yoga That Are Practised All Around The World

The Surya Namaskar – Facts & Benefits You Need To Know